In recent years, dystopian fiction has become one of the most popular—and commercially successful—genres in the publishing world, with young adults a large proportion of this genre’s readership. These books present terrifying alternate realities as possible futures for mankind, exploring just how easily a dystopian society can form, and the negative effects this has on humanity. But what really ramps up the terror levels and generates reader engagement is the interactive relationship between the dystopian society and our world. More specifically, the fictitious world can usually be seen as a hyperbolic examination of one negative aspect of our world. 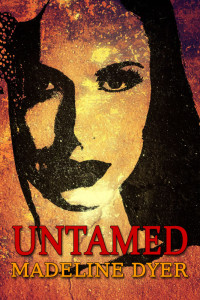 Yes, that’s right. Dystopian fiction interacts with current real-world events far more than you might think. Because a dystopian novel most often reveals how a particular societal system that was designed to make society better has gone wrong—usually resulting in oppression—one of the most effective ways to add realism to a dystopian plot is to use current events or problems. Through drawing on real-life experiences that readers can relate to (either through their own experience of a smaller-scale event or through readers’ fear that such a society could evolve in real life), authors create a world in which readers feel invested. Readers want to find out more about this world to protect themselves, give themselves advance warning of potential, dangerous situations that could arise from current events… and therefore make sure that it doesn’t happen. 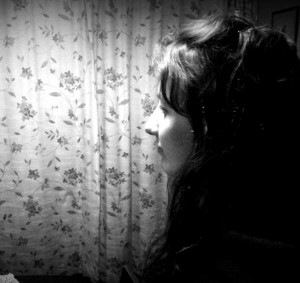 For many readers, exploring dystopian worlds has become a defense mechanism, possibly instigated by the many events (such as war, poverty, and famine) that threaten societies here and now. Yet, through reading about potential dystopian futures in a safe environment, we keep them as exactly that: potential realities. Not reality itself. We’ve experienced them in a way that lets us explore the consequences of what could happen if a current event spirals out of control, yet we haven’t been harmed. But perhaps most importantly, in reading about such a world that is inspired by and based on current events, we believe it protects us from it actually happening: after all, if we’ve read about a ghastly future, it won’t actually happen… because no one’s going to be silly enough to ignore an author’s warning, are they?

One thing I’ve noticed from reading is this: the dystopian novels that seem the most plausible are the ones that have at least one link between their societies or societal structures and a real, current scenario to which readers can relate. As authors, we need our readers to feel that what we’re showing them is important on multiple levels if we want our dystopian worlds to be terrifying—which they should be. And pulling a dystopian environment from a current real life event or issue is a great way to generate this engagement between reader and book, because the reader will automatically relate to things that feel familiar—even if it’s only subconscious—and will likely already have formed opinions and views on the topic. After all, have you ever wondered why so many dystopian novels look at political issues, the economy, or authority? Exactly. Because these issues are also at the heart of most human-created events, past and present. 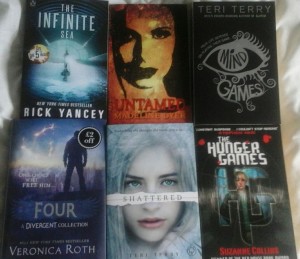 Take for instance the popular dystopian novel The Hunger Games by Suzanne Collins. Essentially, this can be boiled down to one major problem: the divide between rich and poor. And, although this divide might not be as obvious in our world as it is in Katniss’s, it’s still there. Collin’s has just shown us the extreme of the problem and explored its devastating effects.

In fact, all the themes and issues explored in dystopian novels can be seen to act as connections between the fictitious world and our world; poverty, oppression, politics, climate change, economy, and scientific advances are just a few common dystopian topics, but they’re shared characteristics, often pointing out what is currently wrong in our world, and therefore subtly pointing out that change is needed. And it’s these similarities between the two worlds that draw readers in, showing them that really, these bad societies aren’t necessarily so unrealistic after all. And isn’t that a terrifying thought? (But thankfully, they’re unlikely to happen, because through reading about them, those scenarios can’t happen, right? 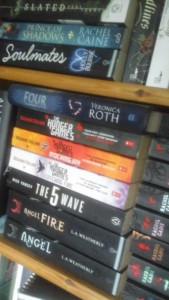 But there’s more. Remember how I said I’d noticed these themes in novels aimed at teenagers in particular? Well, aren’t power and authority two issues that teens and young adults regularly confront? So, in a way, not only does dystopian fiction draw on current events, but it also draws on the inner struggles of its readers. And you know what this does? Yes, you got it: makes the dystopian world—and the people in it—more relatable, drawing yet another link between the terrifying society, the poor people in it, and us. After all, how many teenagers face just the same struggles that characters in dystopian fiction do, even when we don’t necessarily live in barbaric, frightening societies? There’s the struggle against authority, the search for an identity, the desperation to find one’s place in the world… yes, dystopian fiction relates to the real world a lot more than the average reader might think at first glance.

And this is why I think dystopian fiction is just so popular—and so amazing. It draws on current events that readers can relate to, magnifies them, and in doing so creates a world where characters face the same external and internal fears that we do, but on a physically greater scale. It explores the terrifying parts of society and human nature, but also recognizes the potential for our own world to become a dystopia.

Current events could be the start of the next wave of a dystopian cycle—one that we’re already locked into. After all, isn’t war itself a dystopia? Could we already living in someone else’s dystopian world? Aren’t our societal systems bad enough already?

Yes, this is why the relationship between dystopian fiction and current events is so important: it makes people think.

Madeline Dyer is the author of Untamed, a YA dystopian fantasy novel from Prizm Books (May 2015). She is currently working on book two in the Untamed Series, as well as a new dystopian trilogy for adults. Aside from writing, Madeline enjoys reading, painting, and inline skating.

Madeline can be found at: