I grew up in Houston, Texas but left at age 18 to attend Princeton University, where I met my husband, Richard Lachmann. After living in Connecticut, Wisconsin, upstate New York, and Lisbon, Portugal, we divided our time between New York City and Lisbon. Following his death in fall 2021, I now live in New York City full time, where I help take care of identical twin grandchildren Jonah and Reed. 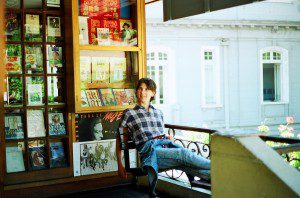 I love teaching as much as writing and have taught both middle and high school English, social studies, and Jewish studies. Before moving to New York City, I taught American Jewish History to seventh graders at Congregation Gates of Heaven in Schenectady, New York and ran a playwriting elective for fourth to seventh graders. 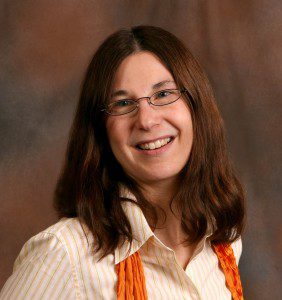 I have lots of different hobbies because I love trying new things. From 2007 to 2015 I was the assistant host of “Los Vientos del Pueblo” a bilingual program of Latin American and Spanish music, poetry, and history on WRPI-FM, the radio station of Rensselaer Polytechnic Institute, on Sundays from 2-6 pm ET. I have also built a LEGO town, Little Brick Township, and create stories with my minifigures that I photograph and post on Instagram and my blog.

My husband and I enjoyed traveling around the world. If I put a pin on a map for every place I’ve been, the map would have lots of pins. I’ve always wondered what it would be like to live in another place and time, and that’s one of the reasons I write historical fiction.

Living in other countries and researching my novels, with documents in the original language, has helped me become fluent in both Spanish and Portuguese. I’ve studied and read Spanish most of my life, and this essay for YARN, the Young Adult Review Network, republished on my blog after YARN’s demise, describes the ups and downs of my language learning. I’ve frequently blogged here about my study of Portuguese. Since 2014 I’ve translated a growing number of children’s and young adult books from Portuguese and Spanish to English.

You may have noticed that I write a lot about living and working with autism. As an adult, I was diagnosed with Asperger’s syndrome (now part of the autism spectrum), and it answered a lot of questions about why I had so much trouble fitting in when I was younger, and even now. My novel Rogue portrays a young teenager growing up on the autism spectrum, not knowing why she’s different from the others. Both of my historical novels, Moonwalking and Torch, feature protagonists who would be on the autism spectrum if the diagnosis existed in that place and time. While I want publishers to bring out more books about autistic protagonists by autistic writers, I also do sensitivity reads for writers who are not autistic, to help them understand what it’s like to be on the spectrum, from the inside.

If you would like a sensitivity read, you may contact me directly via the Contact page or @ me on Twitter, @LMillerLachmann. My own writing is represented by Jacqui Lipton at the Tobias Literary Agency.

You can read my author profiles on Amazon.com and on Goodreads.com.