I’d only lived in New York City full-time for a year and a half when I received a questionnaire from the Commissioner of Jurors. Having received several of these in the past, I realized it was only a matter of time before a Jury Summons would follow. And I was right.

But this one was different. The summons called on me to be part of the Grand Jury. I felt special.

Unlike the Petit Jury, aka Trial Jury, the Grand Jury meets for a fixed amount of time. In contrast, a Trial Juror is on the hook for the length of the trial, which can range from ten minutes — my son was called for one in which the defendant accepted a plea bargain just before the jury selection began — to weeks or months. Think O.J. Simpson trial.

My Grand Jury term wasn’t bad: all day, every day for two weeks. And the courthouse was within walking distance, a healthy walk, from my apartment. Initially, though, I had to postpone because it started the first week in January, and that’s when my creative writing workshop began in Brooklyn. So I received an automatic extension to the first week in July, and after the 4th of July, I found myself in a large room in the Manhattan Supreme Court building waiting for my name to be chosen.

For both the Grand Jury and the Petit Jury, getting onto the jury involves a lottery. The first two times I answered the call in the Albany area, my number didn’t come up. The third time, I made it into the box for a trial, but I’d read too much in the local paper about the relatively high profile case (a string of armed robberies targeting University at Albany students near my home), and the judge let me go. 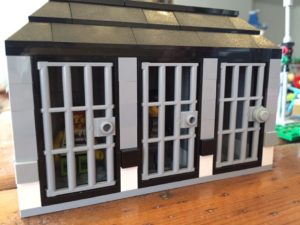 Defendants await their fate, in the hands of the Grand Jury.

For the Grand Jury, there are no such questions about potential bias or anything else. The only qualifications are that you are a U.S. citizen and a resident of the jurisdiction, you cannot have been convicted of a felony (as we are the ones who hand down felony indictments), and you have to understand and speak English well enough to hear the facts of the case, discuss them with fellow jurors, and vote. And while a Petit Jury has 12 members and two alternates and the jurors have to vote unanimously to convict or acquit (anything else is a hung jury, which results in a mistrial and most likely another trial), a Grand Jury has 23 members, with 16 being a quorum, and 12 needed to indict, dismiss, or refer the charges to a lower court (if the Grand Jury feels the evidence doesn’t rise to the level of a felony) or family court (if the defendant is between the ages of 13 and 16 and the Grand Jury doesn’t feel the evidence and seriousness of the crime justifies a trial as an adult). These referrals are quite rare. So, by the way, are anything except an indictment. In the first place, the Grand Jury doesn’t need consensus to hand down an indictment — only 12 votes of the at least 16 jurors who have been present to hear all the evidence in the case. And in contrast to the trial, where the defendant is innocent until proven guilty, the burden of “proof” for an indictment — allowing the case to go on to trial — is much lower. It’s a reasonable suspicion that a) a felony was committed, and b) the defendant was the one who committed the felony. Nearly all Grand Juries vote to indict; as former New York State Chief Judge Sol Wachtler (who was later indicted for extortion following an acrimonious breakup with a mistress) observed, district attorneys could get a Grand Jury to “indict a ham sandwich.”

Wachtler, like many others, criticized the Grand Jury system — unique to the United States and Liberia — as a rubber stamp for prosecutors. And when I was summoned to the jury room, my first thought was why us legal amateurs whose only exposure to the judicial system was probably through prime-time television dramas should have any role at all in indicting defendants. Leave it up to the judge, a trained professional.

But when my number came up, Number 7 of the first jury out of two Grand Juries chosen that day, I became part of this unusual system. I also gained an appreciation of the rationale for the Grand Jury and the work that it does.

In practice, that doesn’t work as well as one would hope (see Sol Wachtler’s comment above). Prosecutors hold most of the cards. They can cherry-pick evidence and as they read the statutes to the jury, they can interpret the law to put their case in the best light. They can bring complex cases close to quitting time, thereby encouraging a rush to judgement. After all, the argument goes, if the prosecutor has a weak case, the trial jury will certainly acquit. With multiple Grand Juries in session at the same time they can keep their biggest or weakest cases from the jury most likely to ask tough questions. Defendants rarely testify on their behalf because in order to do so, they must waive their Fifth Amendment rights against self-incrimination and face the prosecutors’ questions with no (or minimal) input from their lawyer. And with nearly two dozen people, it’s easy to develop a herd mentality that overrides one’s independent judgement. 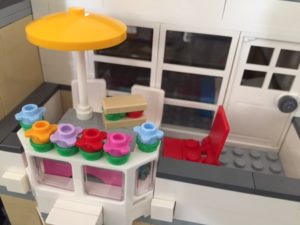 The ham sandwich that got away enjoys summer on the patio of my new MOC.

While every jury of 23 disparate individuals has a different dynamic, I was fortunate to end up on one that didn’t take the prosecutors’ words at face value. We asked lots of questions and took our role seriously on behalf of the criminal justice system and those caught up in it. We were mindful of an indictment’s impact on a defendant, as well as the role a functioning and fair criminal justice system plays in preventing “street justice” from becoming the rule. We also knew that in an overburdened system, some cases merited more attention — and jury trial for felonies — than others. I’m glad our Grand Jury didn’t focus on narcotics cases because I believe drug use should be decriminalized and would not vote to indict someone for whom drug possession was their only offense. (Because Grand Jurors are not questioned about their political beliefs, in contrast to trial jurors, one can end up on a jury with someone who has strong beliefs about issues in cases before them and could potentially vote their conscience above the law.) Finally, we evaluated the prosecutors’ cases carefully, pushed them to provide more evidence when needed, focused carefully on the video evidence as well as testimony (hint to potential criminals and everyone else: there are cameras everywhere including on the street, watching your every move), and considered all the facts rather than bowing to pressure. One ham sandwich got away, and we were proud of ourselves for it. It was an educational experience, and in the end a good experience. We upheld our role as “The People” keeping an eye on “The State.”