I must have had a premonition that unexpected things would happen this year. When I searched my site for my 2020 New Year’s Resolutions, I discovered…I didn’t make any! All I could find was a recap of my 2019 resolutions, which turned out to be among my most successful years for keeping my promises. Of course, my resolutions that year, which included finishing my Lego houseboat and cleaning the dust from Little Brick Township, were relatively modest, and the town would have been cleaned up anyway as part of my 14-block move from one end of the East Village to the other. 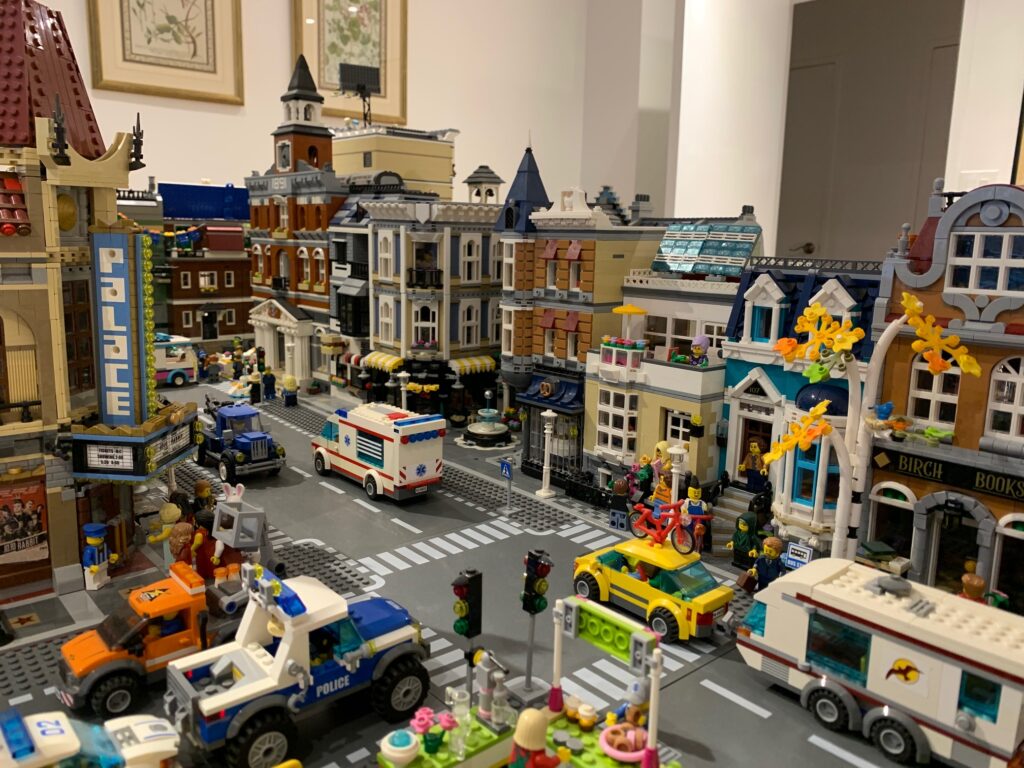 Little Brick Township is bigger than ever, and dusted after the move.

In this Year Like No Other (unless you happened to be around in 1918), let’s look at what happened:

My lockdown began nearly two months before everyone else’s when I slipped on ice coming home from the Women’s March and broke my ankle in three places. After thinking it was a bad sprain and walking on it for several days, I made my way to urgent care when the ankle buckled on a trip to the public library. I had surgery on January 31 and now sport a plate and nine screws.

In mid-March, I got the go-ahead to bear weight on the ankle and begin physical therapy. That day, one of the few when I left the apartment since my accident, may have been when I contracted a suspected case of covid-19. Suspected because one couldn’t get tested outside of a hospital setting, and I wasn’t about to go to one of the full hospitals where, if I didn’t have the virus, I certainly would have caught it. In any case, mine was a mild-to-moderate case — miserable, scary, and long lasting but not to the best of my knowledge life-threatening. However, all the pulse oximeters were sold out, so I have no idea if I was for a time a “happy hypoxic” (or in my case, a grumpy and pissed-off-at-Trump hypoxic). I managed to get an antibody test about four months after my bout with this unidentified strange illness. Antibodies tend to wear off quickly — about three months or so — for people with mild cases, and by the time I was tested they were gone if they were ever there in the first place. Thus, I’m still locked down except for my family “pod.” When we see our daughter — who’s an in-person elementary school teacher who does get tested frequently — we keep our masks on the entire time.

Political events were a mixed bag, but it looks like the election that was a plebiscite on the future of democracy in the United States has given us a 4-year reprieve. Thanks should go to organizers like Georgia’s indefatigable Stacey Abrams and poll workers and election officials all over the country who carried out a relatively smooth election despite a pandemic that jeopardized their health and right-wing extremists egged on at the highest levels of government that endangered their safety. No matter what, our work is not anywhere near done, especially as it related to issues of racial justice and policing that targets Black, indigenous, and other communities of color. 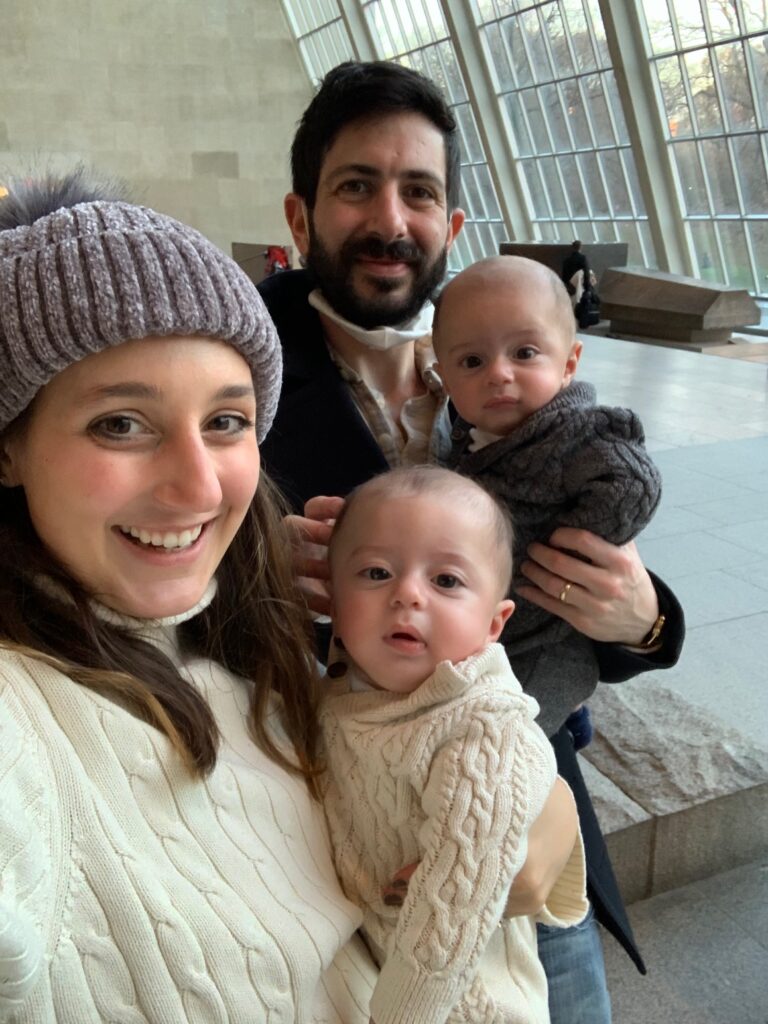 The latest Jonah and Reed picture is at the Metropolitan Museum of Art, where Derrick proposed to Lindsey in fall 2017. Jonah’s sweater matches Mom’s!

In spite of my injury and the pandemic, 2020 was a good year personally. In July I became the grandmother of identical twin boys. Jonah and Reed are contented and curious babies who are already sleeping through the night, which makes things easier for their parents.

I also managed to finish, on time, the first draft of my co-authored verse novel MOONWALKING and the first draft of a nonfiction chapter book that has yet to be announced. Along with the chapter book, I sold a collective biography of contemporary women filmmakers that I’m co-authoring with my agency sister Tanisia “Tee” Moore. I have thus kept my new agent happy. We have other projects in the works at various stages from “putting together a proposal to go out on submission” to “waiting on a contract for a project that was approved for acquisition.”

If I had made a New Year’s Resolution last year, and that resolution was “meet my deadlines,” I would be one for one. I suppose I could try the same one for this year, as the filmmaker biography is due at the end of July, but with my record of achieving my resolutions, I’m afraid to jinx it. The new year also promises to be unpredictable with a president who insists on staying in office even though he lost decisively in every way, from the popular vote to the Electoral College, to state legislatures and the courts that have refused to give in to his tantrums. The pandemic is far from over as well, and I’m not sure Richard and I will receive our vaccinations in time to travel to Portugal in the spring or anywhere else in the summer or fall. I’m really glad my other writing has taken off, because it seems that 2019 was the heyday for my travel writing, and we’re grounded for most of next year along with all of this one. But there’s much work to be done in the meantime, we’ll get away eventually, and when we do, we’ll appreciate it even more!

I hope you all have a safe holiday season, a Happy New Year, and a healthy 2021! 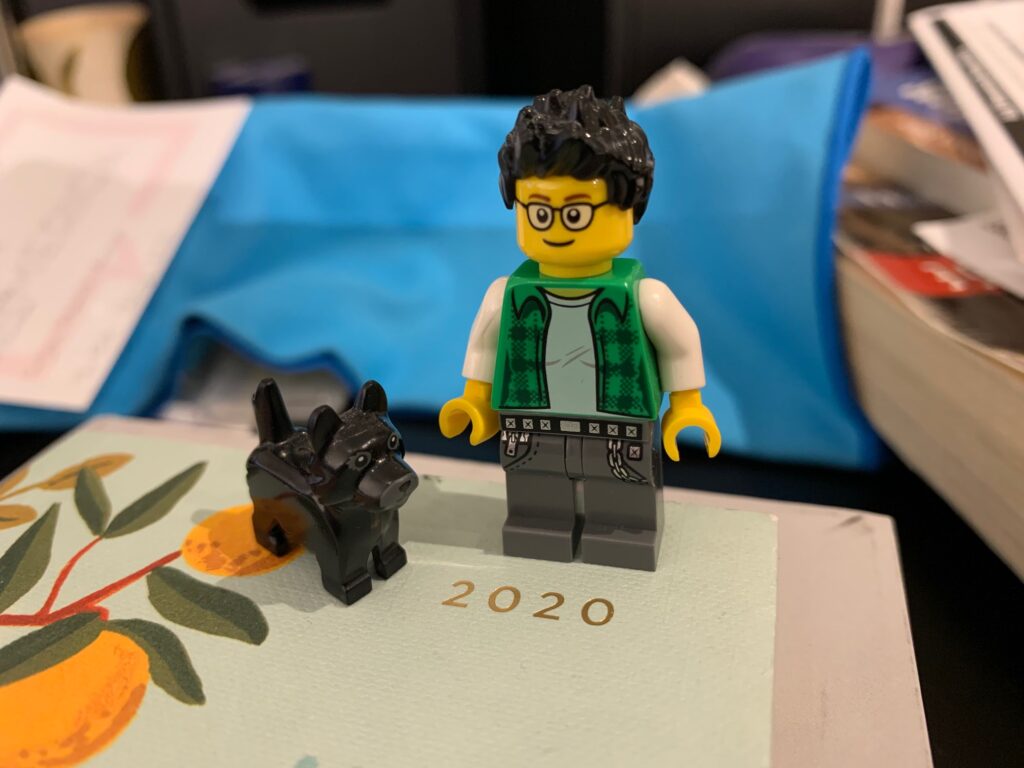 Maybe my 2021 New Year’s Resolution should be to keep my desk neater.