Readers who are familiar with the publishing industry already know this, but many of my blog’s readers are not familiar with the process of making books (making sausage is clean and fun by comparison) or are just starting out. So people may not know that for the past nine years, an agent has been the person to submit my books to publishers. I didn’t start out that way with my novels. I submitted both Dirt Cheap (my adult novel, which came out in 2006) and Gringolandia directly to Curbstone Press, a small press that considered manuscripts submitted by agents and submitted directly by authors. That’s the way most small presses work, because they offer small advances and the percentage an agent takes (usually 15%) from the author’s share of a book sale, is usually too small to cover the ink and paper on which a contract is printed. But the large corporate publishers and medium-to-large independent publishers are “closed houses,” which means they only take submissions from agents. The reason is that editors don’t have time to go through all the submissions they’d get if they were open, so they rely on agents they know to pre-screen the manuscripts for quality and fit with each editor’s interest and focus. And once an editor “bites,” agents take care of the administrative details so authors can focus on writing and editors can focus on editing. Because agents can get a better contract than an author can get on her own — with a larger advance, retaining foreign and dramatic rights, and easing the process by which an author gets rights back if a book goes out of print — agents more than earn their 15%.

When Curbstone Press closed at the end of 2009, I knew I’d need an agent for my future work, and I queried two agents for whom I had referrals. That led, in February 2010 to my signing with Agent Ellen for the book that would become Surviving Santiago. However, Surviving Santiago wasn’t the first book she sold for me. Agents often take on clients with projects that the love, but often those books don’t sell to a publisher, or they don’t sell right away. In the case of Surviving Santiago, both of us felt that Rogue, which I started writing shortly after signing with her, was a more salable project because it was contemporary and on a topic in the news, as Asperger’s syndrome was in the process of being reclassified under the autism spectrum as a whole. So Rogue, while written later, came out earlier — a strategy on which my agent and I agreed.

When Agent Ellen and I parted amicably at the beginning of this year, I thought about going directly to small presses with my own voices YA historical novel. But the beta readers (people to whom a writer gives a manuscript for feedback before it’s submitted) told me it was a big book that needed a big publisher to bring it into the world. So I wrote query letters to a handful of agents where I again had a personal connection — a personal meeting or a referral. The query letter offered an brief, enticing summary of the book along with a paragraph about my background. For an unusual project — a YA historical novel with an autistic protagonist, one of three who form a collective protagonist in the course of the story — targeting agents rather than querying dozens at a time made sense.

I am thrilled to announce that I am now represented by Jacqui Lipton at Storm Literary Agency. Originally from Australia, Jacqui is interested in middle grade and YA novels with international settings. She comes to agenting from a career as an intellectual property attorney, an asset to me as an author of historical fiction who uses primary sources, many of them I’ve translated myself, in writing my books. With this new agency, I feel I’ve become part of a community, and the enthusiastic welcome the other authors have given me since the official announcement last Thursday has reinforced that feeling. Jacqui is a graduate of Vermont College of Fine Arts, as are two other of her clients, Sharon Darrow (who also taught at VCFA when I was there and was my first workshop leader) and Monica Roe. I look forward to meeting and getting to know everyone else, and, of course, reading their wonderful books! 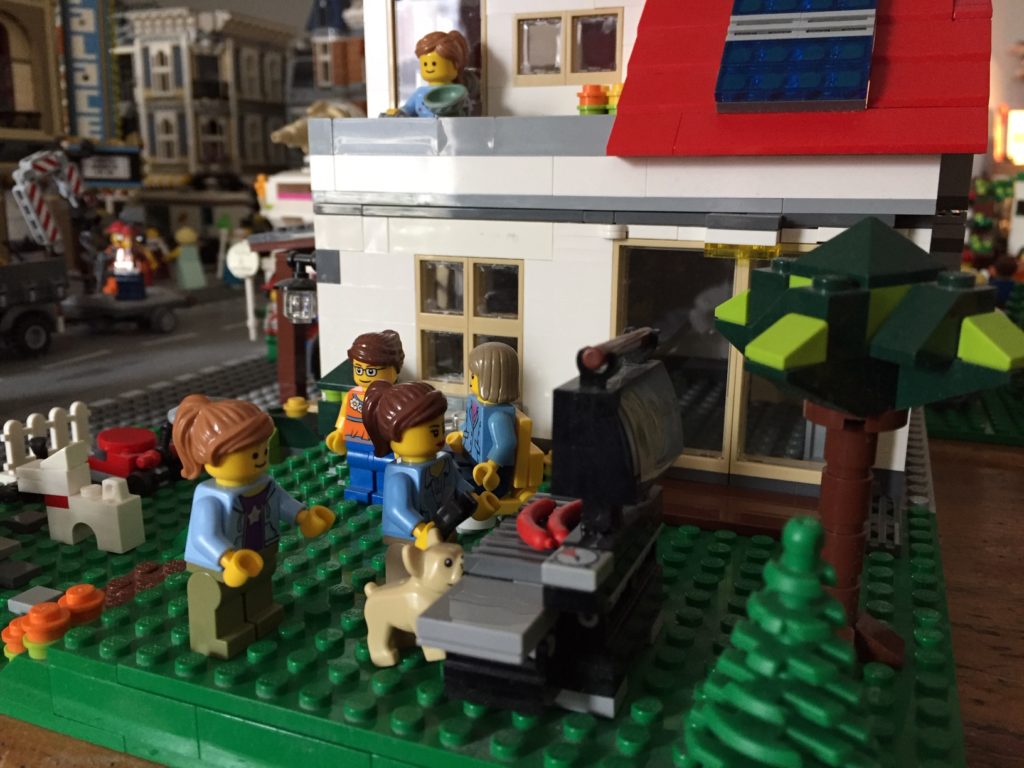 My welcome barbecue at Storm Literary Agency! However, we don’t all wear blue shirts.

I have one more round of revision, and then Jacqui will send my new novel to editors — the next step to making its way into the world.

Update 4/18/20: In November 2019, Jacqui left Storm Literary Agency to form her own agency, Raven Quill Literary Agency. Monica Roe and Sharon Darrow moved along with her at that time. I have updated the links to their pages. At the beginning of this month (April) I also moved and am now represented by Jacqui at RQLA. This is my new author page.