In summer 2020 I wrote a blog post describing the crackdown on civil liberties in Hong Kong, with people who believed they were protected by the Basic Law instituted as part of the UK’s handover of its former colony to China now in danger. Having written about young people who saw their freedoms snatched away with the Soviet invasion of Czechoslovakia in 1968, I described the limited options writers, intellectuals, students, and freethinkers of all kinds faced in the new climate. I quoted journalists living in exile and worried about the fate of their peers still in Hong Kong.

At the time, I expressed appreciation for the freedom of expression that I have enjoyed as a writer living in the United States. I grew up in Texas in the 1960s and 1970s believing that I lived in the world’s freest country, and becoming even freer by the day. I saw the changes that the civil rights movement brought, followed by increased rights for women (including Roe v. Wade in 1973), and the victorious culmination of hard-fought struggles by LGBTQ+ people and allies. The situation my writer peers in Hong Kong faced seemed distant to me, as I wrote in my conclusion to the 2020 piece:

As a writer, I appreciate my freedom to create the books I want and imagine how difficult it would be to write only what I was told, or allowed, to write. If you’re reading this, and you’re also a writer, I’d like you to think about creating your stories under these circumstances. Would you be all right with singing a regime’s tune? Or would you chafe against the restrictions? If you end up in a place like this, would you have an exit strategy, or find a way to create in secret? 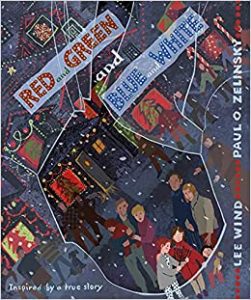 In some ways, the sudden emergence of nationally-coordinated book banning efforts in the United States, backed up with the “muscle” of Proud Boys and other militia groups disrupting school board meetings and threatening officials with violence, seems far away. I live in New York City. My daughter teaches here and can freely read books to her class like the recently published Red & Green & Blue & White, which is now a student favorite. It’s based on the true story of a community of people of all religions coming together to defend a Jewish family targeted in a hate crime. The author is openly gay. (I reviewed another of his books, the YA novel Queer as a Five-Dollar Bill, at The Pirate Tree. While Lee Wind had to self-publish the YA via crowdfunding, it received mainstream distribution and many favorable reviews and distinctions.) But the actions of book-banners in Texas and elsewhere have had a chilling effect on all of us.

Even without right-wing militias at their meetings, school officials and companies that work with the education market are starting to second-guess. Books chosen for One Book, One School reads a year or two ago, and beloved by students, are disappearing from school and classroom libraries and reading circles. There are the usual targets: books about race and racism (which is too often extrapolated to mean any book written by a Black author with Black characters like Jerry Craft’s award-winning graphic novel New Kid) and books by and about the LGBTQ+ experience. Malinda Lo, author of the 2021 National Book Award winner Last Night at the Telegraph Club spoke in her acceptance speech about the silencing of LGBTQ+ perspectives. 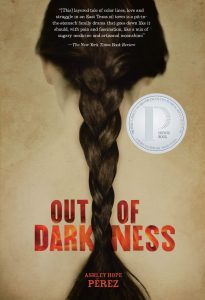 The award-winning Out of Darkness by Ashley Hope Pérez is a key target of Texas censors. It’s set in Texas in 1937 and features an interracial romance during Jim Crow.

Many of us who sold books to publishers in 2019 and 2020 and who are waiting for those books to come out now wonder if they’ll find their audience in this increasingly repressive climate. I worry about Moonwalking, which shows the different treatment of Pie and JJ from police and teachers because of their race — although Pie does benefit from the intervention of a sympathetic police officer and a kind teacher. The first thing lost on the censors is nuance. I worry about Torch, set in a totalitarian Communist regime, which on the surface would appeal to right-wing censors except for the fact that one of my protagonists is closeted gay, a misfit in a place where “they want us to be the same.” The truth is, the extremes of right and left have more in common with each other than with the liberal, democratic center that both extremes target. I worry about my friends’ books — the beloved ones being snatched from young readers’ hands, the ones coming out that will never be placed in their hands due to fear, the ones that publishers will no longer acquire.

As a writer, I can still write my books, unlike my colleagues in Hong Kong and other places who are being arrested or forced into exile because of what they’ve written and continue to write. That doesn’t mean my books will be published, however. Since I no longer have spousal support, I feel more pressure to produce work that conforms to the new and fast-changing set of restrictions. I’ll have to “sing a regime’s tune” in order to survive economically, though I can still blog and write more edgy stories in my spare time. And I’m in a safer position than my colleagues on the front lines — teachers and librarians who have been threatened with firing, blacklisting, and even arrest for teaching the “wrong” lesson or giving the “wrong” book to a child.

We’re stronger if we speak out as a group. For this reason, I encourage all of you to support organizations committed to freedom of thought and expression, among them PEN America and the National Coalition Against Censorship. Having lived in places ruled by authoritarian leaders and fear, I don’t think what we see today is going to stop unless we stop it now. In fact, it could get a lot worse.