Categories Menu
Home » Blog » All Is (Not) Lost: Agency, Suspense, and Outcome

All Is (Not) Lost: Agency, Suspense, and Outcome 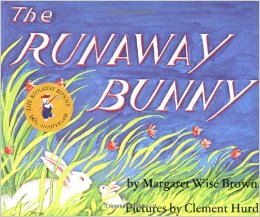 We’re the Runaway Bunny parents because we seem to follow our daughter wherever she goes.

Our move from Albany to the East Village is taking place in three stages. The first, last Tuesday and Wednesday, involved moving our stuff from our house upstate to our new apartment. The second, which happened on Friday, the 13th, brought our clothes and my Lego Winter Village installation from the pied-a-terre on W. 47th St. to our new apartment and a bed to my mother-in-law’s house in Queens. The final stage, which was supposed to happen over the weekend but got delayed because of the weather, will reunite me with Little Brick Township and some educational Lego models, now packed in a dozen boxes in what used to be our son’s bedroom in Albany. 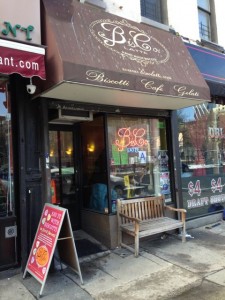 The outside of Bis.co.latte on Tenth Ave., just south of W. 47th St.

After packing up our things in Hell’s Kitchen on Friday morning, I stopped by Bis.co.latte, my favorite coffee and biscotti place in the old neighborhood. We’ve been regular customers for more than five years, ever since our daughter rented a room in another building on W. 47th St. in a gap year between high school and college, when she interned for a fashion designer. (We call ourselves the “Runaway Bunny” parents, the way we seem to keep following Maddy wherever she goes.) Our biggest regret about leaving our old place is not being able to support our friends at Bis.co to the extent we would like when we’re a 45-minute journey away by foot and subway.

When I stopped in on Friday the 13th, Holly and Anton’s long faces greeted me. Apparently, they were hit with a huge rent increase at the same time that a well-funded corporate competitor, the Gotham West Market, had moved in a block and a half away, taking about a tenth of their customers. It’s the familiar New York story: A local business starts up and gains a loyal following due to superior product and lower prices, only to be attacked by crippling rent increases and larger competitors who see the customer base and lick their chops. (Okay, trying not to mix too many metaphors here.) 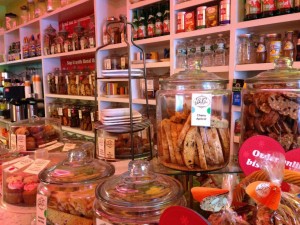 Things looked pretty dire. I thought about a blog post on coincidence (Friday the 13th, my move, their rent increase) versus causality (they said, “Our best customers are moving to the East Village, so it’s time to shut our doors”).

I also thought about all those times I’d get near the end of a book, and it really looks as though the protagonist isn’t going to get what he or she wants. It seems as if all is lost, and we’re going to see our hero coming to terms with having nothing, starting over, being all alone in the world, or some other dire fate. But wait…

If an outside force rushes in to save our hero, it’s called a deus ex machina, and it’s a highly unsatisfying ending for a book, though a real person saved by a deus ex machina would probably be very happy. For instance, I don’t think Holly and Anton would complain about winning the lottery or discovering a hidden treasure in their storage closet. 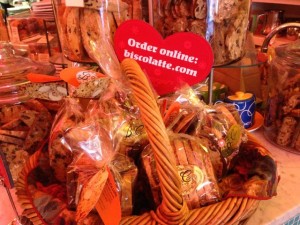 We still had to clean the apartment, so Richard and I returned to the old neighborhood on Tuesday, and we stopped by Bis.co for lunch. Our friends seemed much happier. They decided to fight in order to keep their beloved cafe, and their customers appeared to appreciate the decision. The place was so crowded at two in the afternoon that we had to wait for a table. Meanwhile, a steady stream of people passed through for take-out biscotti and coffee.

When the two full bags of biscotti that I bought for our East Village apartment run out, I plan to order more, in bulk for other family members as well as for Richard and me, and I promised to let other people know that our heroes of Bis.co are standing up to the forces that have brought down so many other locally-owned New York City businesses over the years. The book is certainly not closed on this story. We’ve seen our protagonists take positive action to achieve their goals. Now it’s our turn to get involved. All of us can help keep the coffee brewing and best biscotti in New York City baking.