Autism Representation and a Reviewer’s Dilemma

Many years ago, when I compiled the multicultural children’s bibliography Our Family, Our Friends, Our World and edited MultiCultural Review, I had the privilege to work with many of the leading advocates for diverse children’s books at the time. We discussed reviewing books that had both positive and problematic portrayals and how to address these in the review. At the time, the general consensus was to highlight the meritorious aspects of the books as well as showing the specific ways these books could have done better. 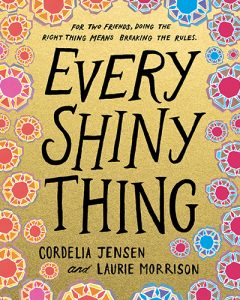 I still support that approach, even though many of my activist colleagues have called for zero tolerance of problematic representation. I also believe that authors and publishers have the responsibility to make sure problematic representation doesn’t occur by using targeted readers — often called “sensitivity readers” — and making a concentrated effort to publish books by Own Voices marginalized writers. But Own Voices writers don’t — and shouldn’t — restrict themselves to their own marginalization. Authentic characters are intersectional characters with multiple identities and challenges, and authentic stories have a variety of characters that reflect the diversity within communities. 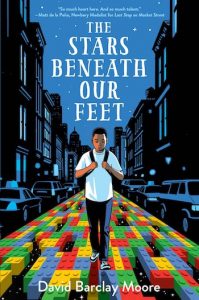 In the past few years, I’ve read several books with secondary characters on the autism spectrum written by neurotypical authors. I served as the targeted beta reader for one of them, Cordelia Jensen and Laurie Morrison’s middle grade novel Every Shiny Thing. More recently, I read David Barclay Moore’s middle grade novel The Stars Beneath Our Feet, a book for which I didn’t serve in this capacity.

I reviewed this book for The Pirate Tree earlier this week, and my review was mostly positive, in line with the belief that reviewers should highlight each book’s merits along with their shortcomings. I began by talking about my personal interest in the novel because of my own Lego building:

For many years I’ve been a Lego builder, creating a town with a combination of Lego kits and buildings of my own design that fit in with the classic appearance of the Modular themes. Because of this interest, I was particularly eager to read David Barclay Moore’s debut middle grade novel The Stars Beneath Our Feet, which portrays a 12-year-old boy in Harlem using Lego to confront his grief after his older brother’s violent death and to reach out to an isolated homeschooled girl who attends the same afterschool program.

Wallace “Lolly” Rachpaul has been in a tailspin after Jermaine’s death, alienated from his Trinidadian parents and thinking of joining his brother’s old gang for protection. When his mother’s girlfriend (his parents are divorced and his mother has come out as a lesbian) brings home bags of Lego pieces from her job as a cleaner in a toy store, he finds a new outlet – an imaginary city called Moneekram. When his city outgrows his small apartment in the St. Nicholas Projects of New York City, he brings it to the community center and sets it up in the storage room, where he is soon joined by Big Rose, a withdrawn homeschooled girl one year older who shares his interest in Lego and architecture. Over the next months, he and Rose explore the real city as their creation grows, but dark clouds loom in the form of gang members who are threatening Lolly, a best friend who is himself tempted after a violent mugging, and the loss of the storage space to another tenant. Lolly is forced to make dangerous choices as he fights to keep both his Lego buildings and his friendships.

Moore deftly parallels Lolly’s real life and the fate of his Lego community. Moneekram is a refuge from his daily stresses, but the world continues to intrude, and he cannot hide forever from the difficult choices he has to make. Early on, readers hear of an argument between Lolly and Jermaine that took place the afternoon before Jermaine’s death, and although we don’t know what happened until the end of the story, one suspects that it had to do with the temptations of gang life. Moore approaches this conflict with nuance and sensitivity; in his situation, there are no truly safe choices. Big Rose, who readers come to realize is on the autism spectrum despite her vehement denials, is believably drawn. As a Lego builder on the autism spectrum, I recognized her deliberate and realistic building style as she tries to get the details right.

But then, I had to introduce my caveat in Moore’s portrayal of Rosamund “Big Rose” Major:

I do have one concern about the ending – the fact that Rose is sent to an inappropriately restrictive and unstimulating placement but one portrayed as where she belongs.

Since 1990, Federal law has mandated the education of disabled children in least restrictive environments for a reason. Years ago, these children would have been excluded from school or warehoused in separate classrooms or institutions. A child like Rose, with abilities and potential, would never have developed her abilities or reached her potential. She would not have had the chance to interact with neurotypical peers or to find a place in society alongside them. In the novel, Rose’s grandmother homeschools her but also sends her to the afterschool program to meet and interact with the children there, and that’s where she learns to merge her Lego town with Lolly’s and to make him her first friend. They have a wonderful relationship that involves traveling through New York City to photograph famous buildings that inspire their own designs. At one point, Rose saves Lolly from the bullies who are trying to steal his cellphone. Rose and her grandmother’s denial of her autism turns out to be — for good reason — self-protective, for as soon as she is officially diagnosed, she is sent to a special school with teenagers who are severely disabled and where she will not receive the instruction and peer interaction she needs to develop her abilities. In fact, one of the staff members of the school tells Lolly that Rose talks about him all the time and about how they traveled around the city and built with Lego. At no point, though, do the adults — the supervisor of the afterschool program, Lolly’s parents, or the staff at her new school — criticize Rose’s exclusion from a mainstream program and, essentially, her educational warehousing. And while Lolly feels bad for her, it’s not because of that. He comes to believe that her new placement was for her own good, as the adults have told him. He thinks her new suburban environment is pretty and peaceful, but it’s not “home.”

For the most part (and this is something I didn’t mention in the review because of the need to explain it at more length), Moore has avoided the “second fiddle” treatment of disabled secondary characters in the novel. The British professor and disability studies scholar Pat Thomson describes “second fiddle” books in this way:

In these, there is indeed a disabled character but they exist only to promote the personal development of the main, able-bodied character. Thus Samantha becomes a better person through having known someone in a wheelchair. Bully for Samantha but what about the person in the wheelchair? (Thomson, Pat. “Disability in Modern Children’s Fiction.” Books for Keeps 75(2), 24. July 1992. Retrieved at http://205.186.129.247/print/issue/75/childrens-books/articles/other- articles/disability-in-modern-childrens-fiction. Web.)

In the course of the novel, Rose comes out of her shell as she builds the town with Lolly. She carries on a conversation with him, and with other characters, whereas before she would mainly use her fists. She travels on public transportation, shares photos, discusses her favorite buildings and Lego building techniques. She brings Lolly to her home (even though her grandmother is a bit of a hoarder), loans him books, and discusses Phillis Wheatley and other famous Black poets with him. She comments on others’ behavior by reciting lines of poetry, a technique Lolly picks up. 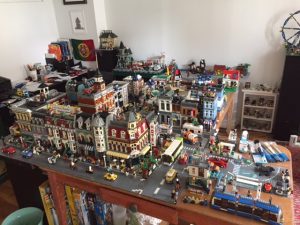 But at the end, when Lolly sees Rose in the suburban school with her new “special needs” classmates, he thinks of how much she changed him and how he is a better person for having known her. He doesn’t question her situation to the adults or make the case that she needs to get out of there. After all the character growth appearing throughout the story, in the end Rose becomes a second fiddle.

Since the publication of The Stars Beneath Our Feet, I’ve noticed several other book deals that feature neurotypical protagonists with autistic secondary characters. I worry that these portrayals with backslide into the second fiddle trope, stereotype autistic characters, or normalize their exclusion and institutionalization. It is painful for me as an autistic person who managed to avoid restrictive placement to see people like me depicted in these ways. As an autistic writer, I fear that these problematic portrayals will become part of the canon and my Own Voices work will be drowned out or dismissed as inauthentic or wrong because it doesn’t conform to the canon. I also fear that this image of autistic people will be used to deny my capability to write compelling fiction and to fit into the publishing world. I appreciate the people who have asked me to read manuscripts ahead of time to make sure they have created a sensitive and nuanced understanding of autism. I also hope that we’re invited inside to tell our own stories.

Update: For two years the Writing in the Margins website hosted the Sensitivity Readers database, but as of March 1, 2018 is no longer doing so. However, if you’d like more information about sensitivity reads, please contact me via the Contact page or @ me on Twitter, @LMillerLachmann.