Today concludes the 2017 Banned Books Week, which began on September 24. While we speak out against censorship at this time every year, this year’s events took on a fresh urgency due an openly hostile political climate targeting people of color, religious minorities, and LGBTQ persons. At a panel I attended at the Strand Bookstore on Monday, September 25, the panelists — author and editor David Levithan, author Coe Booth, graphic novelist Ariel Schrag, and publisher Jason Low — pointed out that a majority of the books on the American Library Association’s Top Ten list featured either protagonists of color or LGBTQ protagonists. 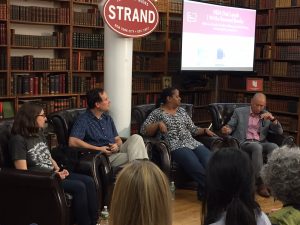 The panel was sponsored by PEN America as part of the organization’s mission on behalf of intellectual freedom. About 60 people came to hear the four speakers talk about their own experiences of being censored or having their books taken off library shelves and out of classrooms. They emphasized the importance of resistance and the need to support teachers and librarians seeking to provide students with the broadest perspectives available. 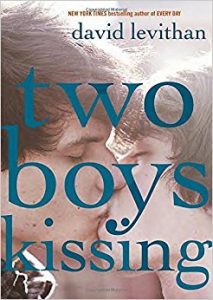 Levithan’s experience with book banning grew mainly from the cover of his YA novel Two Boys Kissing. Most of the would-be censors never actually read the book; rather, they objected to the cover art depiction, yes, two boys kissing. (By the way, the book is about two teens who have recently broken up but decide to break a world record by kissing for 35 hours straight, and much of the story is about their relationship as well as the lives of gay boys and men who fought to them to be who they are.) Very few of the challenges were successful, and Levithan cited the existence of library mission statements and collection development policies — and courageous, dedicated librarians who enforced them — as the reason most challenges do not lead to a book’s removal. Whenever he mentions that his book has been challenged, a lot of people will say something like, “Lucky you. Now a lot of people will buy your book.” But while that may be true, it’s also an insensitive statement because it ignores the pain and struggle of professionals who have to confront angry community members and fight to keep the book on the shelf. He said that the most important thing people can do is support freedom of expression and those who are working on the front lines. 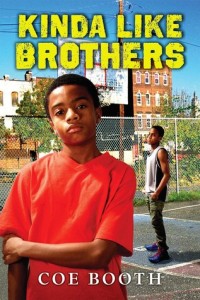 Writing about teens in urban Black communities, Booth has heard the line, “We don’t acquire your books because we don’t have any ‘ethnic families’ living here,” from too many suburban librarians and educators. But not acquiring books in the first place is a form of censorship, too — just not one that sparks intellectual freedom campaigns, unfortunately. And unlike book banning, this “soft censorship” also threatens the livelihood of writers by reducing sales and leading publishers to shy away from books by and about people of color. Booth remarked that young people of all backgrounds have embraced her books — the YA novels Tyrell, Kendra, and Bronxwood and the middle grade novel Kinda Like Brothers — connecting with universal desires and themes such as sacrificing to protect one’s family, wanting to be better people than one’s parents, and struggling to keep up with classmates who are smarter and more popular. But it’s the adults who don’t want “inner city” in their community. Booth asked: “Why can’t kids today read and appreciate something as foreign to them as The Great Gatsby was to me growing up?”

Schrag mainly writes graphic novels for adult readers, but her one work for teens, the anthology Stuck in the Middle about life in middle school, has been challenged frequently for its language (despite her having toned it down). Schrag observed that comics and graphic novels especially attract censors’ ire because they include images and can be more easily characterized as “pornographic.” She talked about how her publisher asked her to tone down the language — her editor feared the book would be censored — and she did so reluctantly, feeling as if she were selling out. And the book was censored anyway! 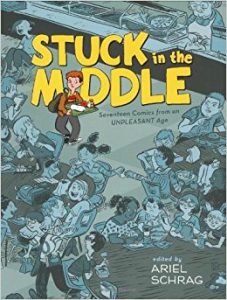 Schrag’s comments about graphic novels led to the question: Why books? Why not other forms of popular media, or the internet? Booth said that parents don’t understand pop culture or the internet, and for that reason they leave it alone. She cited the role of books in helping people see the world from the eyes of another, creating a level of empathy that some consider dangerous. Levithan added that books have historically been seen as subversive, and every oppressive regime has sought to ban and burn them. Books are symbols, but they are also — in the eyes of would-be oppressors — defenseless. “They can’t challenge Facebook or YouTube,” he said. But “what they think is a defenseless object is something well defended by all of us.”