Car Rental Options in Lisbon and the Algarve

Now that the holidays are over, people seem to be making their summer travel plans, and based on the messages I’ve received, Portugal is high on everyone’s 2019 list. My post “Should You Rent a Car in Portugal” is by far my most popular post, and if you read the comments, you’ll note that many people ask specific questions related to car rentals and their itineraries. 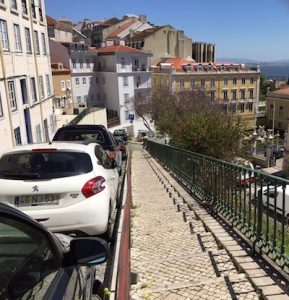 In the almost three years since that piece came out, my recommendation remains to use public transportation in the major cities of Lisbon and Porto and to rent a car to travel around the Algarve. At the time, I recommended renting cars at the airport for convenience of pickup and dropoff, and because, at the time, there were fewer in-town rental counters. With the explosive growth in tourism in the past five years, though, some things have changed. And one of the biggest changes is the availability of car rental options in both Lisbon and the Algarve.

At this point, I don’t recommend renting at the Lisbon airport unless you’re staying outside the city and will need the car right away. While rates vary by season and deals come and go all the time, the airport tends to be a more expensive rental location because of special fees. There are two other places in Lisbon where car rental offices are highly concentrated. One is the Oriente rail station, about a ten-minute drive from the airport. The advantages of renting there are that you can do so right after arriving in the city by train or bus, Oriente is a bus and metro hub (though not as centrally located as other areas), and if you’re nervous about driving in the city, the rental offices are located by the ramp to the Vasco da Gama Bridge and the highway to the east. It’s an easy drive there to Évora and other lovely and undertouristed spots in the center of the country.

While the area around Oriente station features new, family-friendly, and relatively inexpensive hotels, as well as a pretty mall and the world-famous Oceanário (aquarium), central location and charm are not its outstanding features. If you choose to stay in the central part of town, there are a number of rental options within a few blocks of the Marques de Pombal metro station and the one or two metro stations that surround it (Rato, Avenida, Parque, Picoas, Saldanha, Campo Pequeno). Renting a car from any of these will require you to drive in Lisbon, though the part of Lisbon you’ll drive through to get to a highway out of town is flat with wider streets. Besides being in areas where most visitors stay, these rental car offices are closer to highways leading to Sintra, the coastal towns north of Lisbon, and the 25th of April Bridge, which is the best way to get to the Algarve. 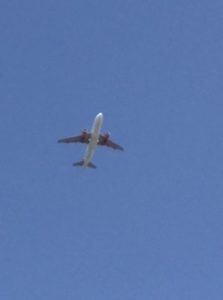 In the summer, flights land at Faro’s airport at least once every five minutes.

If you don’t want to make stops along the way, the quickest way to the Algarve is by plane or rail, and it’s easy to rent a car once you get there. For one or two people, public transportation is probably cheaper, though offers vary. If you fly to Faro, the rental car counter is at the airport. If you take the train, it’s better to get off in Albufeira, where choices of rental companies abound. However, if you stay elsewhere and want to avoid the Albufeira party scene altogether, you do have options. Popular towns with rental car offices include, from west to east, Lagos, Portimão, Vilamoura, Quinta do Lago, Olhão, and Tavira. Vilamoura and Quinta do Lago are known for their luxury resorts, and I expect the automobile offerings to match that. East of Faro, around Olhão and Tavira, you will find specialty rentals such as campers, because many people use the towns as a jumping-off point for camping in the eastern Algarve, the Alentejo region, and neighboring regions of Spain.

You may have noticed that I don’t recommend specific rental companies. That’s because prices change and the quality of experience varies. However, North Americans will find many familiar international chains such as Avis and Enterprise along with European outfits such as Europcar and Sixt. Check around for the best package, keeping in mind any special services you may want such as a transponder for the toll roads (including the enhanced Via-T that works in Spain and Portugal if you’ll cross borders) and one-way dropoff.

Drive carefully — and watch out for pedestrians!