Many of you may have wondered why my profile wasn’t on Facebook for most of July and why it looks different now. Long story short: I became a victim of a crime. A cyber-burglary, with my intellectual property and my network the target.

It began early in the morning on July 2, right before the July 4 holiday weekend. A common time for cybercriminals to strike, because companies and organization’s security staff are on vacation. Compared to the Kaseya ransomware attack later that day, my attack was small potatoes, but as I’ve visited message boards of other people who lost their Facebook accounts, I’ve come to realize that at least hundreds of them were attacked that same weekend. Since most people don’t seek help through message boards like Reddit or Quora, I can assume that the hundreds constitute a small fraction of the Facebook users who lost their accounts that weekend. 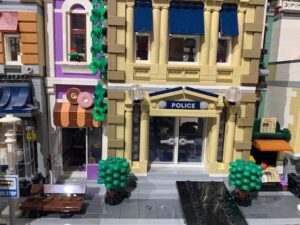 Facebook’s security folks were apparently hanging out in the donut shop.

Here’s what happened. At 4 am my time — but regular business hours in places where cybercrimes originate — I received a text to input a code to change my password. I didn’t think anything of it. I had two-factor authentication, which means that a criminal who somehow obtains my password can’t change it without access to my phone. But when I went to sign on to Facebook later that morning, I was told my password had been changed and I was using an old password. The hacker managed to intercept my (and many others’) two-factor codes that Facebook had sent that morning.

I believed Facebook would investigate and return my account, since it was clearly mine, but in spite of multiple appeals to their help, customer service, and security links, I heard nothing. From the message boards, I learned that Facebook permanently deletes accounts after 30 days, but if I signed on again through a different email address, I could get my account back.

Since I was going on vacation for a couple of weeks in July, I decided I could wait. Nobody needed to know I’d gone on vacation. I wondered if I could live without Facebook. After all, the site has become a conduit for criminality — from election interference to public health disinformation, from cyberbullying to financial fraud. I’d already discovered that there is no security and no customer service. Why should Facebook invest in those things when they have 3 billion users already and make obscene amounts of money from selling users’ data and advertising packages. They are the definition of “too big to fail.” Nonetheless, going onto Facebook is like traveling to the Wild West (or wild Siberia) with no police force. The best way to stay safe is to have nothing worth taking. 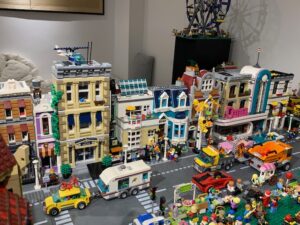 In the end, I decided to start over. It will take me months of effort to rebuild a fraction of the timeline and network I had before. Reports that I could get my old account back if I signed on with a new email address turned out to be false. In fact, I cannot even get my username back, so the link to my timeline is a string of random numbers that gives my profile a sketchy appearance from the get-go. I’ve appealed to Facebook the loss of my username and all its variations (with and without the hyphen, with numbers following) and hope that tiny piece of my old account will be restored.

It was difficult to write this post. Being a crime victim comes with a heavy dose of shame, which is why so many crime victims never report it or talk about it. My one contact with Facebook involved a lot of victim-blaming (“You bought a t-shirt and used the same password for that site” —  not true and that’s why I had two-factor authentication). Similarly, real-life crime victims hear anything from “You shouldn’t have worn that skimpy dress” and “You shouldn’t have had anything to drink” to “Why did you post those vacation pictures while you were still out of town?”

I wish I did have advice. I don’t know how the crime happened or why I was targeted. Even with a smaller and less valuable Facebook account, I don’t know how to prevent it from happening again. Although Facebook has been responsible for terrible things, I found a great deal of engagement on my own account, which is why I decided to start over. I do believe Facebook is a too-powerful monopoly that lacks the responsibility to hold so much power and should face consequences. In that respect, the only small part I can do is write this blog and write my legislators to support its regulation as a utility and/or its breakup.