One of the dangers of keeping a blog is posts that don’t age well, or that take on unexpected significance years later. This is one of them, a discussion of the deus ex machina in light of Donald Trump’s impending ascension to the presidency. A lot of people hoped that somehow he would not become president, as we feared for what would result:

millions of people losing access to health care; restrictions on women’s reproductive rights; restrictions on who can vote in future elections; a reversal of initiatives to combat destructive climate change; an end to protections for racial, ethnic and religious minorities; egregious ethical violations and upending of the rule of law; press censorship and censorship of the internet.

Donald Trump did become president, and most of the things we feared came to pass. And worse was a response to a deadly pandemic that distinguished itself by its combination of incompetence, corruption, and malice as the United States nears the top of the global heap in per capita infections and deaths while leading by a huge margin in actual numbers. 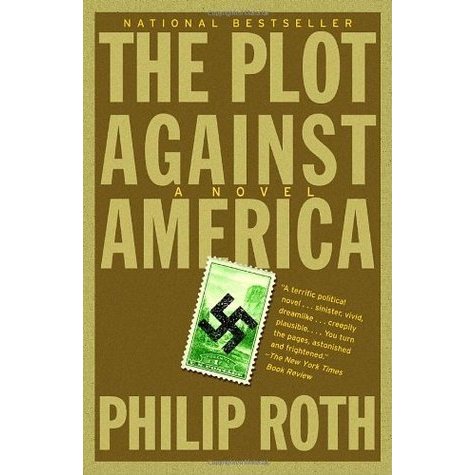 In the original essay, I discussed The Plot Against America as an example of a deus ex machina ending. The TV miniseries released in 2020 added a bit more character agency to that outcome.

In fiction, the deus ex machina is by definition unsatisfying, an easy way out of a plotting dead end. Better to let the consequences unfold of the characters’ decisions, as they did in the 2016 election.

Yet here we are four years later. We held another election that terminated the current president after a single term — a rare occurrence reserved for the most ineffective of leaders. He and his supporters now call for a deus ex machina, though with significantly more agency than the Democrats and their supporters showed in 2016. Rather than simply hoping and wishing, they have taken voter-fraud cases to dozens of courts and lost in every one. They have asked state officials to audit and recount with no change in the totals. They have pressured state legislators to refuse to certify or to appoint competing slates of electors. No luck. They have begged for faithless electors despite a Supreme Court decision that allows criminal penalties for electors who deviate from the candidate they are pledged to support. The Electoral College vote remained 306 for Biden and 236 for Trump, just what it was after all the votes were counted in November.

Now a group of Republican Senators and Representatives are planning to refuse certification of Biden’s electoral victory despite lack of credible evidence of fraud. They claim to represent 74 million voters — not mentioning the 81 million voters who supported the opponent. Last time I checked, 81 > 74. Theirs represents a last-ditch deus ex machina attempt to overturn an election they lost, both in the popular vote (which they lost last time) and in the Electoral College. This is despite the > 3% Republican lean in the Electoral College, a Constitutional measure designed by the Founding Fathers to enhance the voting power of slave states.

I expect this week’s challenge in Congress to fail despite the anti-democratic efforts of legislators who owe their own seats to this very same electoral process. I hope that these same legislators experience the consequences of their actions, though the straight line between actions and their consequences in fiction doesn’t happen nearly as often in real life.