After my review audit prompted me to cast a wider net in terms of books I review for The Pirate Tree, I also began to reach out to authors whose publishing journeys took them beyond large commercial presses. I’ve already interviewed Alison Littman and Mary Atkinson, who chose to go with co-op publishers or authors’ collectives, and Katia Raina, whose debut novel is coming out with the specialized small publisher New Europe Press in June. Today I welcome Jamie Beth Cohen, the author of Wasted Pretty, a historical novel set in the early 1990s in Pittsburgh, in the midst of a musical crossroads of punk and grunge. Sixteen-year-old Alice is the daughter of a popular local DJ, but her minor celebrity status comes with some big downsides — heightened public scrutiny, unwanted attention from the older men surrounding her father (especially now that Alice has shed twenty pounds from her mother’s patented diet), and the fallout from a gambling problem that her father has hidden from the family. When Alice falls hard for Chris, a recovering alcoholic musician who was once her older brother’s nemesis, she has to evade her father’s spies, help Chris wrestle with his demons, and keep herself from going too far too fast. Add into the mix a wealthy family friend and sexual predator who offers to bail the family out of a tough financial situation if only Alice will do his bidding. Cohen’s debut novel is full of nostalgia and intrigue, as well as ties to today’s #metoo movement. It’s out this spring from Black Rose Writing. 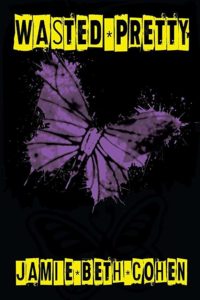 LML: Your novel is set in the summer of 1992 in Pittsburgh. Why did that time and place resonate with you?

JBC: It’s no secret that I was sixteen in the summer of 1992 in Pittsburgh, so that’s why I initially set the story then and there. It wasn’t so much that I was opposed to research (I did a ton of it anyway) or to writing a contemporary story, it was more that the time and place, when New Wave was splintering into Hair Bands and Grunge, was important to the feel of the story.

And the lack of technology is important to the plot. The main character, Alice, is in many ways hyper-connected to her family, but in other ways, she’s completely off the grid. In 1992 her parents had no way of keeping tabs on her, so even though there are parts of her character that are naive and she tends to be controlled by her family, there are other ways in which she is mature and independent. The story was originally an exploration of the pros and cons of being unreachable and in some ways it still is.

I’ve seen contemporary books where there’s some “glitch” that makes someone “unavailable” for long periods of time. Those glitches can work, or they can be distracting. I thought it would be more natural for me to write in a time when the technology wasn’t available. The teens who read early drafts had mixed responses – some loved reading about the 90s and some kept forgetting and thinking “why doesn’t she just use her phone!” only to remember she didn’t have one.

Why is it important for teens today to read a book about that era?

The #metoo and #timesup hashtags have given some people a way to share about sexual harassment, sexual assault, and sexism on social media, so in some ways survivors can feel supported and connected. But not everyone is ready to share, and for some people it’s not safe to share their stories publicly. The 1990s were a time of fierce women and girls, but sexism was, as it is today, rampant, but that doesn’t mean it was part of the public discourse. You were mostly limited to the people you knew personally, and if they weren’t talking about these things, you might not speak up either. I think there are teens out there right now who need to know even if they don’t have an easy mechanism to share or connect, or they’re not ready, or if they feel they can’t tell anyone what’s going on with them, the way Alice felt she couldn’t, they are not alone. Alice tries to keep what’s happening to herself, but in the end, she needs and gets outside support from someone close to her.

Alice spends a lot of time with older men because of her father’s work as a DJ and his tendency to enlist his family in his work. And I think you did a fine job with this issue. How did you approach the issue of teenagers interacting with older men? What YA novels did you use as models or also think handle this subject well?

Thanks!!! I’m glad you feel this works. When I was a kid, my dad was a college athletic director, and I spent a lot of time on his campus. There was this dividing line between the time I was looked at as everyone’s little sister and when I was looked at as something more “interesting” or sexual. I was not prepared for that shift and in retrospect, I realized I had no control over it. It was something that happened to me and something I think happens to a lot of girls. Additionally, there were certain students and coaches who had a lot of access to me and my brother and others who we were kept away from. There’s an element of that in Wasted Pretty, but Alice’s parents make an error in judgement that allows someone access to Alice who shouldn’t have it. I wanted to explore what happens when parents make mistakes.

As far as other YA books, I recently read Brandy Colbert’s Finding Yvonne and Rachel Lynn Solomon’s You’ll Miss Me When I’m Gone. Both explore relationships with high school girls and older guys, and though I read them after I wrote Wasted Pretty, I learned a lot from them. I did read Between Us and the Moon by Rebecca Maizel while I was working on my book and got to talk to Rebecca a little bit about how her book was received by agents and publishers. That was really helpful.

Body image and Alice’s changing body, the result of her mother’s nutritional experiments, play a major role in this story. How did you research this aspect of the story so as to address with nuance Alice’s ambivalence and her struggle to adjust to her new look?

The bulk of Wasted Pretty was written between 2011 and 2016. I was working in high schools before and during that time. So a lot of what might be called research came from organic conversations with students. We ended up talking about the dress code a lot which lead to conversations about body image. Why was it that two girls could wear the same thing and only one of them be chastised for it? Why did a whole class go silent when I told a boy to adjust his pants because his underwear was showing? (Answer: It was because everyone was used to girls being told they were out of dress code but the boys were infrequently held accountable.) To be fair, I think differently about dress codes now and I’m not sure I’d enforce any dress codes if I still worked with teens. but back then, it was alarming how frequently girls were called out when boys weren’t.

All of these conversations made me think about what I went through in high school. I attended an all-girls school where we wore uniforms that were the sartorial equivalent of potato sacks. This had two effects on me: I didn’t really care how I dressed most of the time, and I didn’t really know how to dress myself. When my body changed, that added a whole new host of issues I didn’t know how to address. Why was it that other girls could wear tank tops and look cute while if I wore a tank top I looked “suggestive?” I wanted to play with the idea of “the grass is always greener,” and the idea that thinner is better. Alice doesn’t set out to lose weight but everyone at school thinks her life will be magically happier when she does. It doesn’t work out that way.

Another complex and interesting character is Meredith, who is often Alice’s friend — but at key moments (like the night before the lacrosse tryouts) she isn’t. How did her character develop as you wrote the book?

I love Meredith! She reminds me of a lot of girls I know. They’re not exactly your “ride or die” best friends, because they have their own stuff going on, but when you least expect it, and most need it, they show up. Alice loves her, Alice needs her, but Alice doesn’t always trust her. In the end, it’s not so much that Meredith doesn’t want to be a good friend to Alice, it’s that Alice can’t bring herself to ask for help. I can’t take much credit for developing her character though, she kind of showed up fully formed. 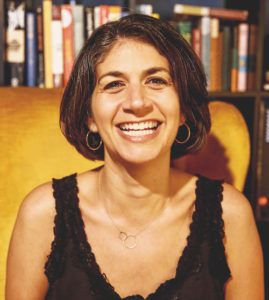 Tell us about your publishing journey. How did you find Black Rose Writing? How is working with this independent publisher different from working with a large commercial publisher? What can this publisher offer in comparison to a large publisher and going-it-alone self-publishing?

Oh, the journey was long, hard, and pretty miserable. Except for all the people I’ve met on the way — they’ve been mostly fabulous! I found BWR through two writer-friends who have been published by them. I’d say the best thing is how quickly everything came together. I had been working on the book for almost eight years when I got the offer. From offer to pub date, it will be about seven months. That’s not possible with a big house and while you miss out on some things,like longer lead times for marketing, I had exhausted all my patience (something I have very little of) in the “finding a publisher” phase, so to have this part go quickly was pretty cool.

As far as what a small press offers that’s different from a big house, I had complete control of the product, that includes the text, the title, and the cover. And what’s different than going it alone? Everything! BRW provides the ISBN, the layout/design, some marketing, and a ton of advice about Amazon and on-line sales that I would NEVER have known on my own. Also, aside for some fun marketing stuff I wanted to do, I’m out no money. I don’t think that’s true when you self-publish.

Another thing that’s great about a small press is they are more willing to take risks on things that span genres or don’t fit into neat boxes. Before I found Black Rose Writing, I got a lot of feedback that my writing was strong and the story was compelling, but the fact that it was set in the 1990s was a deal-breaker. I wouldn’t have wanted to go with a press or an agent that would have been nervous about that.

Thank you! I look forward to reading the sequel when it’s ready!