Grown-Up Things: On Adults and YA Fiction

Last week the child_lit online discussion group, of which I’m an active member, was consumed with responses to Heather Graham’s Slate article, “Against YA: Adults Should Feel Embarrassed to Read Children’s Books.” Timed to coincide with the release of the movie adaptation of John Green’s bestselling The Fault in Our Stars (apparently one of the shameless adults’ favorite YA novels) Graham’s article characterized even so-called “literary” realistic fiction as “uncritical,” “wrapped up neatly,” and generally simplistic. In her view, “even the myriad defenders of YA fiction admit that the enjoyment of reading this stuff has to do with escapism, instant gratification, and nostalgia.”

In addition to the child_lit participants, most of whom are teachers, librarians, and authors and editors of books for children and teens, many bloggers have weighed in with posts mostly critical of Graham. And my first reaction, as someone who works with and writes for teens, is that no one should be made to feel ashamed of what they read — not adults who read YA fiction, nor kids who read comics, nor readers of any age who prefer any kind of genre fiction. Shaming people for their reading choices is a reliable way of guaranteeing that they will not read, period.

However, the rush to refute has left me with conflicting feelings, because I didn’t start out as a writer for teens. When I first began writing, I wrote fiction for general adult readers, aspiring to literary fiction but falling somewhere in the middlebrow range. My first agent, however, liked the way I drew a teenage character and suggested I try young adult fiction. She gave me a list of books to read to get an idea of the content and voice. At the time, I taught high school social studies, and my students were my frame of reference and an endless source of material. 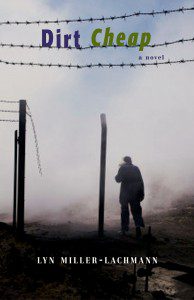 Even so, my first traditionally published novel was Dirt Cheap, an eco-thriller for general adult readers about a college professor with leukemia who pursues a lonely investigation of the chemical company that he believes gave him his illness and contaminated his upscale suburb. The reason I returned to adult fiction was that, in working on an earlier version of Gringolandia, I bumped up against the “rules” of YA, which at that time included restrictions on subject matter and the requirement of a hopeful, uplifting ending. (I did change that original ending, but it was part of a complete rewrite that turned Gringolandia from a contemporary to a historical novel, one in which the unfolding events provided their own source of hope.) Because books for children and even teens are often chosen by adults, there remain restrictions on content, including language, sex, violence, and — the one that seems to snag me — politics.

I think one of the reasons for YA’s narrow range of subjects, whitebread characters, and herd mentality — first vampire novels, then dystopian, now contemporary realistic in the John Green mode — has to do with the few small presses that provide alternatives, as compared to the myriad of small presses, including university presses, in the adult publishing world. Dirt Cheap came from a small press committed to publishing progressive fiction for general readers. That same small press, Curbstone Press, in turn picked up the option for Gringolandia, in effect publishing it as a YA/adult crossover.

I do not consider adults reading YA a bad thing. Anyway, as an adult whose hobby is photographing Lego scenes and posting them to Instagram, who am I to talk about appropriate “adult” pursuits? (In case you think I’m the only one, check out the excellent photography website #stuckinplastic. Yes, you too, Heather Graham!) At the same time, I would like to see more experimentation on the part of writers and publishers, more breaking of the “rules,” more writing from the heart and not from last month’s best-selling formula. Teenagers and their stories have value. We should challenge our teenage readers because they are certainly up to the challenge. And we should offer a wider selection to adult readers who want to hear the voices of teenage characters for whatever reason: they work with teenagers, they are the parents of teenagers, they find the lives and dilemmas of teenagers interesting and/or important to their own lives. 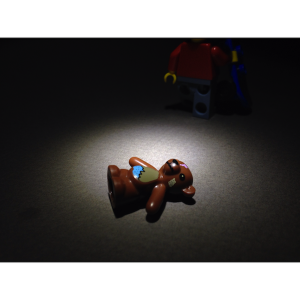 I conclude with a photograph that shows what young people are capable of it we respect their intelligence and give them a chance to shine. @bricktracy13 is a Canadian TFOL (teen fan of LEGO) whose photo “All Grown Up” captures the feeling of leaving behind the cherished things of childhood, a process that occurs at various times of life. There’s no reason, though, that anyone who enjoys YA fiction should be shamed into giving it up, but we writers, gatekeepers, and readers should also challenge ourselves and test existing limits in the pursuit of fresh, diverse, and authentic stories.