Historical Fiction With a Touch of Fantasy

Some years ago I was invited to give a keynote speech on historical fiction at an annual meeting of New York State English teachers. The conference focused on reading across the curriculum, and along with my speech to the large group, I led a workshop on the intersection of historical fiction and fantasy. 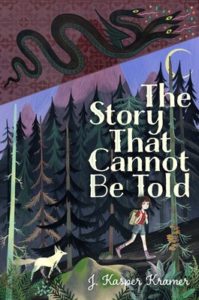 For many young readers, fantasy offers an entry point into history, suffused with magic. It’s not a dry accounting of past events, but events transformed into a compelling story, or portraying belief systems that weave the real and the supernatural. Anything is possible, including a working-class Chinese teenager in 1906 San Francisco finagling her way into a boarding school where the students are the scions of the city’s business and political elite (Stacey Lee’s Outrun the Moon), or a ghost on the Choctaw Trail of Tears comforting family and confronting the people whose decisions led to his death at the age of 11 (Tim Tingle’s How I Became a Ghost). In an interview for this blog, Katherine Locke, the author of the YA historical fantasies of time travel and alternative history The Girl With the Red Balloon and The Spy With the Red Balloon, writes:

I think that for teenagers today, some of this history can be tough to wrestle with. It can feel abstract or irrelevant. And for other teenagers, historical fiction is inaccessible in and of itself. By adding magic and fantasy, and using that as a lens, almost like using eclipse glasses to look at a solar eclipse without hurting oneself, I hope to make tough, complicated parts of history more accessible for today’s teenagers. I want to be clear though that it’s not because teenagers aren’t smart enough or something like that. Teenagers are more than smart enough to connect dots and handle this type of history, as dark and complicated as it can be. I want to make it interesting enough to grapple with.

The same goes for historical fiction for younger readers. I recently read J. Kaspar Kramer’s middle grade novel The Story That Cannot Be Told, published to coincide with the 30th anniversary of the revolution that toppled the brutal and corrupt regime of Nicolae Ceausescu in Romania. With no friends in a nation suspicious of both acquaintances and strangers, any of whom could be informers for the dreaded Securitate, 10-year-old Ileana sits in her Bucharest apartment alone working on her Great Tome, a scrapbook of drawings, poems, and fractured fairy tales. One day a strange man comes to the small apartment and installs listening devices to find out who in the family has been helping Ileana’s Uncle Andrei, a dissident under arrest. To protect her, Ileana’s father destroys the Great Tome, and she’s sent to a remote village in the Carpathian Mountains to live with grandparents she has never met.

At first angry and withdrawn, Ileana becomes a part of village life, where food is more plentiful and the residents carry out their own passive resistance against the regime. Ileana hears the stories – some traditional tales, others memories of the Second World War and her own mother’s lifetime – and from them she draws the strength to defend the village alongside her first real friend when Securitate threaten to wipe it out.

Kramer’s debut novel was inspired by the stories of Romanian friends and her own study of fairy tales and history. As a child who dreams of becoming a writer like her father and uncle and who chafes against the rules that constrict her, Ileana has a strong, distinctive first-person voice. Her rewriting of the legend of Cunning Ileana, the young princess for whom she’s been named, parallels her current situation and the way people compromise their values to please powerful and sadistic rulers. While The Story That Cannot Be Told is based on real events surrounding the fall of Ceausescu, its fairy tale elements appeal to readers of fantasy: Is the White Wolf of the prohibited tale real? Can ghosts rise to save the villagers from the plundering secret police? 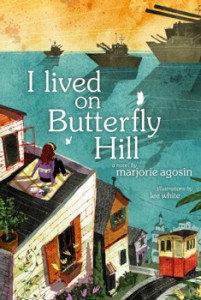 Kramer’s novel, set during the rule and fall of a Communist regime, complements Marjorie Agosín’s Pura Belpré Award-winning middle grade novel I Lived on Butterfly Hill, which uses elements of magic realism to portray another budding writer living under dictatorship and exiled from her home. In this case, the dictatorship is that of the right-wing Augusto Pinochet, though his name is never mentioned. Eleven-year-old Celeste lives with her parents, grandmother, and Nana (nanny who is considered part of the family) in the port city of Valparaíso, Chile. She realizes something is wrong when she sees the harbor full of large ships. Her friends don’t notice, except for geeky Cristóbal Williams, whose magic pendulum also shows trouble. Celeste’s parents, both doctors, are busy helping the victims of a landslide in a poor neighborhood. Shortly afterward, a military coup topples the elected government, and her parents go into hiding, leaving the youngster in the care of her grandmother, who escaped the Holocaust, and Nana Delfina. At school, things change as well. Her beloved principal flees and is replaced by a military officer. One of her best friends disappears along with her parents. Girls are forced to wear skirts, and boys must cut their hair short. Children who fall asleep in class, give the wrong answers, or misbehave are beaten. Eventually, Celeste’s parents send word that it’s time for her to leave the country.

She travels alone to Maine to live with her Tía Graciela, her mother’s flighty sister. Here, she adjusts to a new language and culture, but two years later, just when she begins to feel comfortable in her new home, the dictatorship falls, and she is sent back. But her parents are still missing, and with the help of old friend Cristóbal and his magic pendulum, she sets about trying to locate her parents and all the other disappeared.

Agosín’s novel is based on a real history, though she compresses the time period — the Pinochet dictatorship in fact lasted 17 years from 1973 to 1990 — and changes other details in the service of her story. As a result, her focus is on Celeste and her world of coastal Valparaíso and coastal Maine. Both settings are exquisitely drawn, and Lee White’s charming illustrations add much to this unique middle grade novel. Magic and mysticism are important elements, and Agosín adds dimension and depth by showing how children and adults from the different cultures within Chile — Nana Delfina, a Mapuche woman from the south of Chile, and Grandmother Frida, a Jewish refugee from Central Europe — incorporate the supernatural into their lives.

In my workshop years ago, we discussed the different ways fantasy can be woven into a historical novel. We talked about magic realism, ghost stories, supernatural characters drawn from folktales, time travel, and alternative history. I listed books, including I Lived on Butterfly Hill and How I Became a Ghost as examples of different types of historical fantasy, and I’m glad to see this genre continue to expand and innovate, with so many differnt ways to combine speculation about the past with the real.