Categories Menu
Home » Blog » How About a Book Launch Party?

How About a Book Launch Party? 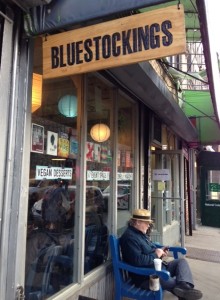 Bluestockings Books, at 172 Allen St. on the Lower East Side, will host my book launch party.

Many authors hold book launch parties. When my adult novel, Dirt Cheap, came out in June 2006, I was one of them, arranging an event at my indie bookstore in Albany, The Book House. More than 40 people showed up, nearly all of them my son’s high school friends who had watched me write the novel over the previous six years.

One of Derrick’s friends even asked me to name a character after him, which I did. For those of you who have a copy of the novel, the character is Braden Campbell, who has a few lines on page 40.

When my husband and I got our pied-a-terre in New York City two years ago, I went to several friends’ book launch parties in the city, but I never had one of my own for Rogue. Instead, I chose to do an online party with my Lego minifigures. 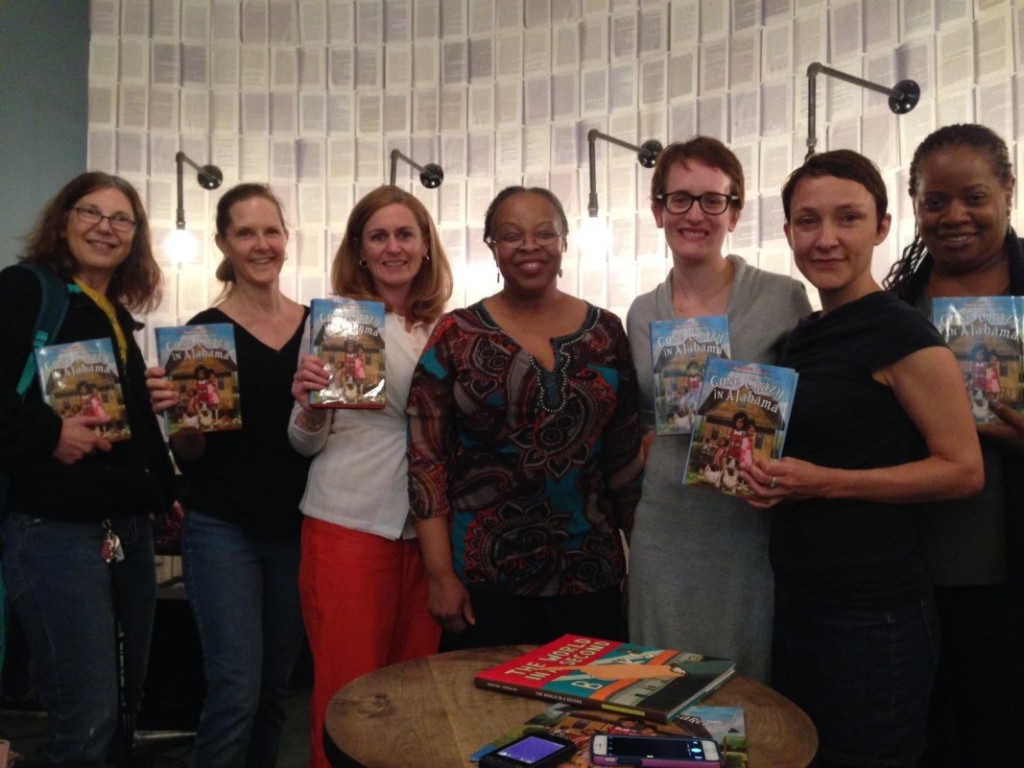 My VCFA professor Rita Williams-Garcia at her book launch party at McNally-Jackson for Gone Crazy in Alabama. Surrounding her are students, alumni, and faculty members, from left, me, Susan Korchak, Katie Bartlett, Rita, Maggie Lehrman, Mariana Baer, and Coe Booth.

My new publisher and outside publicist thought a real-life party for Surviving Santiago would be a good idea, so this time, Little Brick Township and the Bricksters are playing a supporting role rather being the main event. We chose a wonderful independent bookstore only a few blocks from where I now live, so people attending the event can easily walk to my apartment, see my Lego installation, and meet the characters who look like Tina and Frankie. 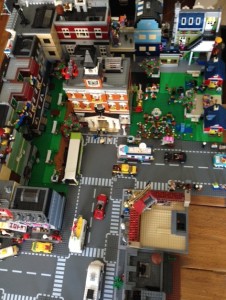 So on Thursday, June 11, at 7 pm, my Surviving Santiago book launch will take place at Bluestockings Books, 172 Allen St. (just south of Stanton) on the Lower East Side. For those who don’t know the store, it’s “a 100% volunteer-powered and collectively-owned radical bookstore, fair trade cafe, and activist center.” My wonderful publicist at Running Press, Val Howlett, read a short story at an event there several years ago and thought it would be a good place for Surviving Santiago. This novel, like most of my writing, explores political events and conflicts; the effects of state violence on individuals, families, and communities; and a teenager’s journey to empowerment. For years in the shadow of her older brother — as readers of Gringolandia can testify — Tina comes into her own and goes from being a stranger in the land of her birth to someone who grows and changes the lives of those around her. 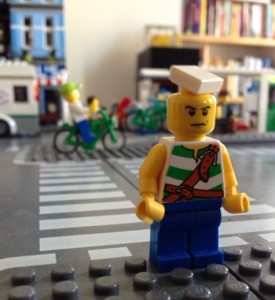 Unfortunately, with the bird’s eye view, you have to take the bad with the good.

Surviving Santiago had a long journey to publication. My editor at Curbstone Press, Alexander “Sandy” Taylor, wanted to publish a companion to Gringolandia from Tina’s point of view, but he passed away suddenly before seeing a single draft. I had a first draft already, but it was in too rough a shape to show anyone, and after he died, I put it away for two years. After revising the manuscript, and drastically changing the ending, I found an agent who sent it to a few publishers but decided to move forward with Rogue as my major publisher debut. From the moment I started writing Surviving Santiago to the published version, eight years passed. I went through five titles, though we settled on the final one fairly early on in the process. The book has had one complete rewrite and several other major revisions.

If you find yourself in New York City on Thursday, June 11, come to Bluestockings and celebrate Gringolandia’s long awaited companion, which can also be enjoyed as a stand-alone story. Then walk uptown a couple of  blocks (directions will be provided) and see Little Brick Township for yourself. Create your own scenes, take pictures, and above all have fun!