Categories Menu
Home » Blog » How Do You Tell Them Apart?

How Do You Tell Them Apart? 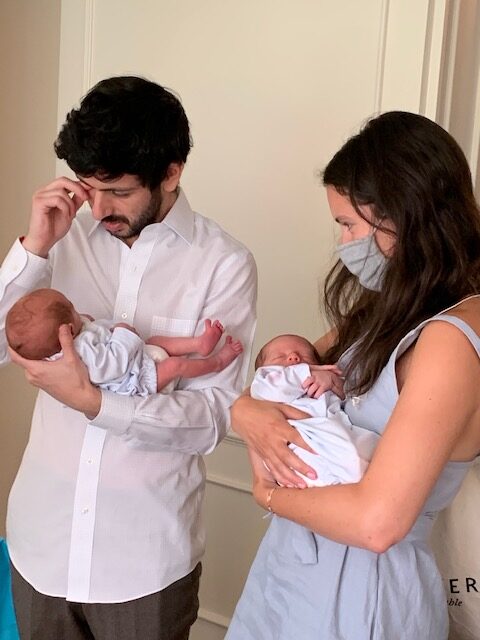 As of today, identical twins Jonah and Reed are two weeks old. They’ve gained back the weight they lost in the hospital, and little Reed, born at 5 pounds, 7 ounces, has put on an extra four ounces. At this rate he’ll catch up to his brother soon, which begs the question: “How do you tell them apart?”

Imagine the identity crisis if, before they learn their own names, Jonah and Reed are switched like the card in a 3-card monte game, and we lose track of which one is which. For the time being, Jonah is larger than Reed, and he has more hair. He also has a small scar where doctors repaired a hernia three days after he was born, but the scar is supposed to fade and eventually disappear.

Our Italian friend Roberto is the father of identical twin girls Marianna and Magdalena, and he told us that when Magdalena first saw herself in the mirror, she pointed and said, “Anna.” Other identical twins have had fun with unsuspecting teachers and dates by taking each other’s place. If Jonah and Reed take after their father, they will pull these pranks on a regular basis, but we don’t want to mix them up from the very beginning. 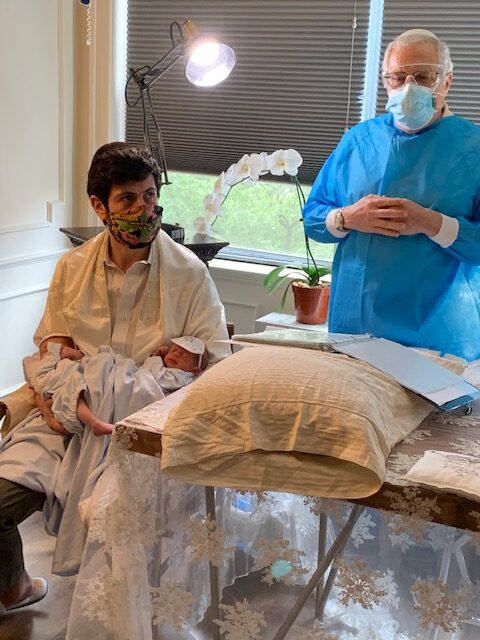 Preparing for the B’ris in the age of COVID-19.

Suggestions for telling them apart include nail polish on one child’s fingernails (which begs the question of who gets polished and if he’ll suck or nibble it off, thereby causing a mix-up again) or writing their names in Sharpie on their little feet. I already tried the latter, but Reed kicked and Jonah wailed, so I didn’t get very far. I’m looking for other suggestions and I hope you enjoy these pictures of our growing babies in the meantime. Most of them were taken at the B’ris last week, the circumcision ceremony on the eighth day of a Jewish boy’s life when he’s welcomed into the Covenant and receives his Hebrew name. Jonah Wylde is now, in Hebrew, Baruch Shlomo, and Reed Alexander is, in Hebrew, Reuven Shimon. We will hear those names again at the time of their B’nai Mitzvot (plural of the Bar Mitzvah) and when they marry. L’dor v’dor — from generation to generation! 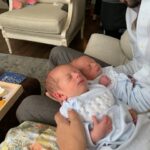 Dad with his babies 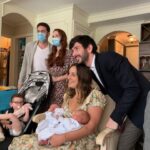 With cool cousin Lielle and her parents 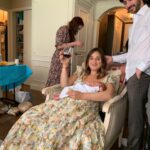