Categories Menu
Home » Blog » I Get to Write Another Book!

I Get to Write Another Book!

This week saw more happy news, this time on the personal level. Publishers Marketplace announced another book deal for me, a co-authored book with my agency sister Tanisia “Tee” Moore on contemporary women filmmakers. Our as-yet-untitled book, part of the “Women of Power” series will be published by Chicago Review Press, the same people who published my essay in the collection Break These Rules in 2014. Here’s the official announcement:

When writers announce their deals on Twitter, they often preface them with the line, “I get to write another book!” In general, what that means first of all is that the book sold on proposal, which ours did, and they will spend the next weeks and months producing the work they promised. This is quite common with nonfiction, where the advance helps to fund the required research, and it’s also true of books in publishers’ series, where the general structure is already set. In the past, I’ve never said, “I get to write another book!” because starting a project has been my decision. I’ve written many picture books and novels that way, some of which have found publishing “homes” and some of which haven’t. In a way, writing a book “on spec” with no guarantee that it will be published is both a privilege for those who have the time and/or money to do so and a necessary step to becoming a published author. It also requires a lot of faith and perseverance, because that first manuscript that finds an agent, and then a publisher, is more often not the first one completed but perhaps the second, the fourth, or the tenth. My first traditionally published novel, for example, was the fourth one I wrote. 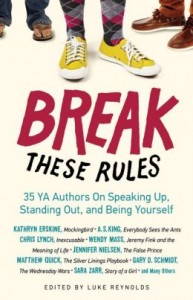 Sometimes the project “on spec” leads to other opportunities, whether or not it finds a publisher. Several months ago, I wrote about my first picture book biography, which I wrote as part of an excellent course I took with Nancy Churnin at The Writing Barn. While that picture book remains on submission, it has already led, indirectly, to this and one other opportunity that hasn’t yet been announced. It helped me get those other contracts because it 1) taught me how to write an effective biography that hooks the reader and helps build an emotional connection between the reader and the subject of the biography, and 2) served as a writing sample, showing an editor what I’m capable of producing. Before taking the course, I would have begun my sample chapter of the filmmaker biography with the subject’s birth and presented her life chronologically. And I wouldn’t have sold the proposal. (I know — back in the 1990s I sent in a YA nonfiction proposal that lacked a hook, and the editor didn’t choose me for the series.) Now I started the chapter with the event that changed my subject’s focus as a filmmaker and led her to direct the groundbreaking film that both launched her career and ignited a conversation about the broader issues presented. 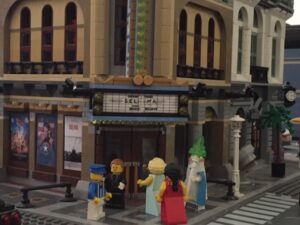 I’m thrilled to be working with Tee, even more so because this is her first traditional book contract. I expect it will be the first of many. She’s also a lawyer, so she contributes research and interviewing skills as well as writing, and I will probably lean on her for help with interviews. I had a bad experience many years ago after researching the book that would eventually become Gringolandia, so I’ve been reluctant to approach interviewees claiming to be an author with a book in the works. And this shyness about interviewing others for book research points to another issue surrounding the title of this piece.

We need to give ourselves permission to write, to follow our passions even if they seem to lead to dead ends. It shouldn’t be, “I get to write another book,” but, “The book I write is one you all will get to read!”