In the Revision Weeds

Although I’ve been busy trying to promote Rogue, I also have a new YA novel that I finished and sent off to my agent last November. Titled ANTS GO MARCHING, it’s about an academic superstar from a hardscrabble mobile home park, the only person from the park in an elite honors program at his suburban high school, whose dreams of escape are crushed when a fight with classmates leaves him with a severe concussion.

My agent loved the story and the writing but felt the story was too dark, so she asked me to find ways to lighten it up. I procrastinated in getting the specific comments from her because I was so wrapped up in marketing efforts for Rogue that it was hard to concentrate on anything else. I felt that to turn away from my full-time promotion would be kind of like walking away from a book in which I’d invested so much of myself.

Finally, though, my agent sent me the comments along with a gentle nudge to move on. I’ll have to say, the comments were both inspiring and revealing. Inspiring because both she and three separate readers loved my writing and said they could not pull themselves away from the story. And revealing because of the crushing negativity of the book.

ANTS GO MARCHING is the story of a teenager with smarts and a work ethic, but without much else. He has no power, no connections, and few resources to help him get ahead (including those essentials of a middle class existence–a smartphone, a computer, and an Internet connection). Because he is poor and an outsider, the more privileged kids and their parents believe that he doesn’t belong in the elite class and that he’s taking up a space that could be given to one of their own. My protagonist, Nate, struggles to penetrate the large, impersonal institutions that have control over his life, and suddenly he loses everything he has achieved up to that point.

As the writer, it has been hard for me to see beyond the negativity, with news reports of how the class structure is hardening in the U.S., with those on the bottom having fewer chances than ever to rise to the middle class. I hear how people who have next to nothing are being exploited by large, powerful, and corrupt institutions that transfer what little they have to those who do not need more money and power. For instance, more and more minimum wage workers are now being paid with gift cards notorious for charging high fees for every transaction, not unlike the scrip with which sharecroppers were paid and which could only be used at the high-priced company store. I, too, have experienced what it’s like to be on the outside, where hard work and “what you know” matters less than “who you know.” I, too, have tried to succeed in faceless institutions that have different sets of rules depending on who you and your friends are. 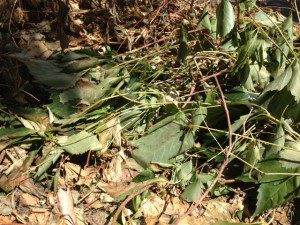 I’ve always believed that a manuscript rises or falls not on the first draft, but at the revision stage. At this point, I’m trying to find and play up the bright spots in Nate’s life–a caring adult, a loyal friend whose good decision inspires him to examine the direction of his life, a girlfriend who gives him a second chance in a world in which there are few second chances. It’s keeping me busy, but it’s also keeping me attuned to the good things going on in the world and the people who are working hard to make it a better place for everyone.