Let’s start with the good news. I like good news. (Isn’t that something the bad guy says in Surviving Santiago — but in a deleted scene?) 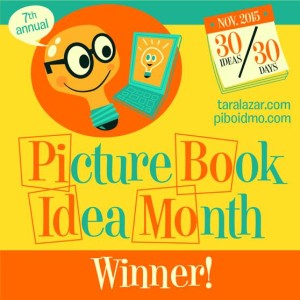 I finished PiBoIdMo! Thirty picture book ideas in 30 days. Since no one is looking through my note cards and tossing them to the floor one by one, saying, “That idea’s crap. That idea’s crap,” I qualify for the winner badge and the prize drawing. Of the 30 ideas, I have the titles of 17 picture books. Nine are nonfiction. More than half star an animal or an inanimate object, including two of the nonfiction titles. I need to finish a translation of a book due out next fall and the first draft of my YA historical novel, but after that, I plan to go over the picture book ideas with my agent and work on a couple of the most promising. Perhaps I can combine several.

I returned from a successful conference in Minneapolis, but that’s where the good news ends. Hours after I flew back to New York City, armed men with ties to white supremacist groups opened fire on a Black Lives Matter rally in North Minneapolis, wounding five. This attack on Monday night was followed by the murder of three people and the wounding of nine others at a Planned Parenthood clinic on Friday. The gunman, who had a history of domestic violence, shouted “no more baby parts,” citing a doctored video alleging the sale of fetal tissue for profit as motivation for his attack.

Like police violence against African Americans, abortion has generated controversy for years. Last year, I attended a Black Lives Matter rally to protest the acquittal of a New York City police officer in the death of Eric Garner. I did not expect armed white men to shoot up that rally, and none did. The crowd was peaceful — and multiracial.

What has changed? I think the election season has a lot to do with it, specifically candidates who use polarizing, hate-filled rhetoric without considering the consequences. After years of recession and decades of erosion of the middle class, families, and community institutions (churches, unions, etc.), more and more individuals feel isolated and marginalized. They are looking for scapegoats and eager to gain acceptance and a sense of belonging by acting on the statements of those with money, prestige, and power.

My character Frankie in Surviving Santiago is one of those people. He joins a paramilitary gang, not unlike the gang that attacked the Black Lives Matter rally in Minneapolis, because his family and social institutions have failed him. Under the Pinochet dictatorship in Chile, collective organizations were banned, and people came to see themselves as individuals competing against each other for a piece of the pie in a harsh economic system. In the months leading up to a crucial election — the first since the military coup — violent intimidation of opponents is a fact of life. 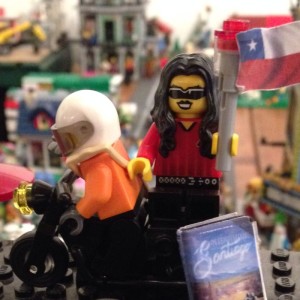 In Chile, the political candidates toned down their rhetoric, and the rule of law prevailed. Over time, those who committed atrocities during the dictatorship were held responsible. Through two truth commissions, victims told their stories and were heard. In the United States, we also have an example of a horrific event — the church shooting in Charleston, South Carolina — with a response that acted to heal instead of inflame. This has had a longer-term effect, as South Carolina governor Nikki Haley has defied other Republican governors to resettle Syrian refugees in her state.

Watching the political violence of the past week, I have come to see Surviving Santiago as a cautionary tale. Unfortunately, the United States is no stranger to this kind of violence; 150 years ago, we fought a civil war. But, as one commentator on Twitter put it, “This election should never have resulted in lives lost.” We need to look at our politicians with this idea in mind: Do they spread hate, or work toward reconciliation? And we need to look at the reality-show circus that our media have become, because it encourages the outrageous statements and the bloody conflict (“if it bleeds, it leads”) over the thoughtful consideration of issues that affect us all.