As a result of multiple trips to the Iberian Peninsula, I have a soft spot for the Spanish department store El Corte Inglés. It took me nearly two months to make my way to their Lisbon outpost, but the first thing I noticed when I got there was a huge grocery store and food court in the basement metro level. The second thing I noticed was a holiday Lego display on the seventh floor.

Woo hoo! I found the nearest escalator and made my way up nine floors, whereupon I was greeted with an enormous city display constructed by the members of the Portuguese Lego Users Group, PLUG. (I guess that acronym is better than APUL, which is what it would be in Portuguese.) Here is PLUG Cidade: 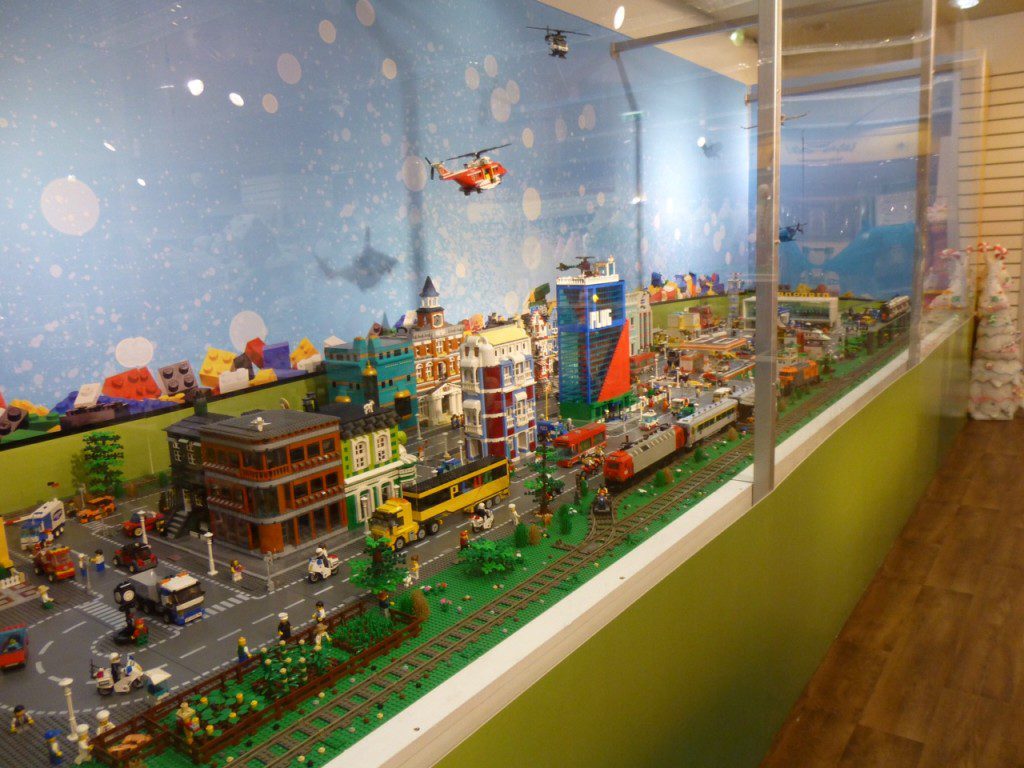 And the other side of the city: 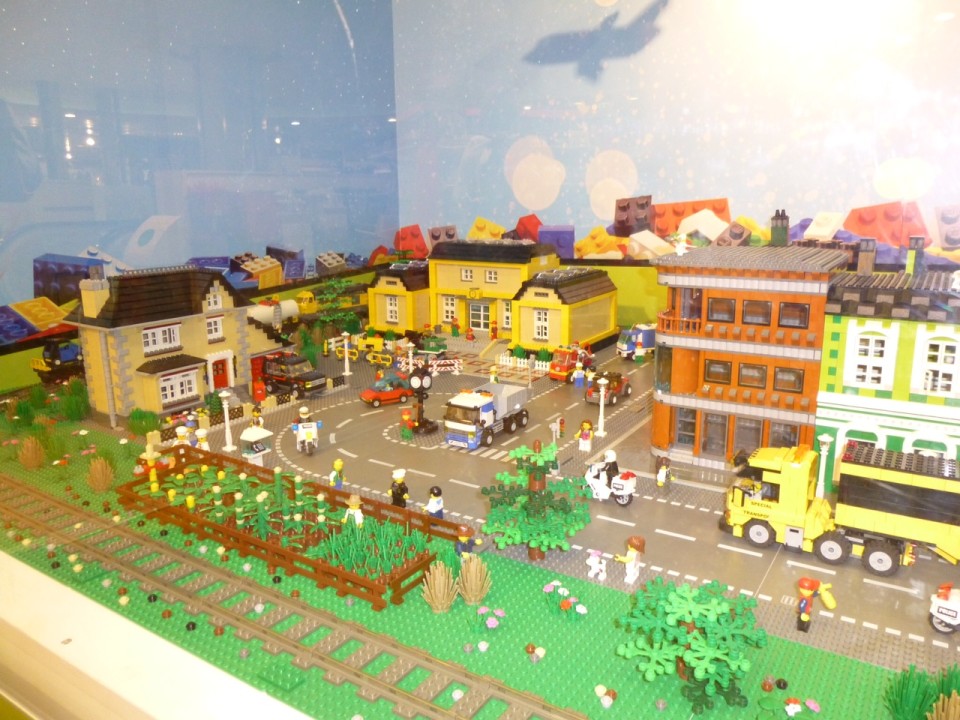 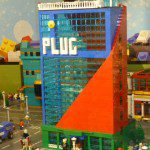 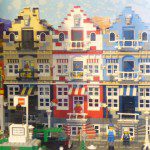 One of my favorites was the row of identical Market Street houses, each one with a different color scheme. 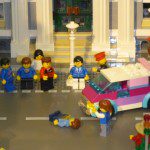 Sadly, not all is well in PLUG Cidade. A car struck a pedestrian in front of City Hall.

Another room contained a half dozen other exhibits, including a scene from Star Wars, an amusement park, a Portuguese agricultural cooperative, a shopping mall and fashion show, and every Lego Pirate set made since 1989. One display featured the iconic Lisbon buses since the 1940s. I don’t eat meat, but Richard has enjoyed Portugal’s world-famous sausage. Here, he got to see how it was made. 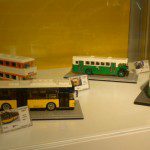 We’ve taken quite a few trips on the yellow bus. 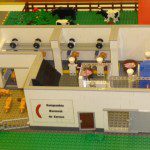 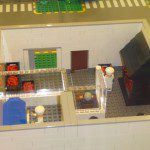 The second line. Sausage goes out. 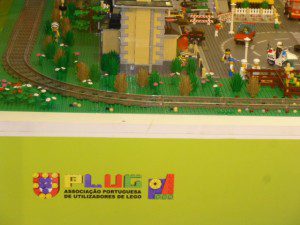 Most of the buildings displayed at El Corte Inglés were originally shown at a European Lego convention that took place at the end of April, 2012. If I were living here for more than a few months, I would probably join the PLUG. It would certainly give me an incentive to learn the language quickly and use it. In any case, the group put together an amazing display–these pictures are but a small fraction, and I’ve put others up on my Facebook page–and I thank them for their great work!