Categories Menu
Home » Blog » On This Day 100 Years Ago: The Fascist “March on Rome”

On This Day 100 Years Ago: The Fascist “March on Rome”

As an historian of modern Italy, October 28, 1922, has a special resonance for me. On that day exactly one hundred years ago, roughly 16,000 fascist squadristi roamed the streets of Rome and pressured the King to replace the current Prime Minister with Benito Mussolini. Three days later, after much bluff and bluster, the future Duce had become Prime Minister, an office he would not relinquish until he was ousted by his own cabinet on July 25, 1943, a result of Italy’s disastrous performance in World War II.

On October 27, the squadristi, many of them ex-servicemen radicalized by the war and Italy’s “mutilated victory,” began converging on towns and cities throughout the north and center of the country. Full of bravado though with minimal violence, they went about occupying public buildings including town halls and prefectures. From there the plan was to converge on Rome, but their organization was poor and most had neither food nor weapons. The resulting “March on Rome,” as the event has come to be known, was, as one historian has put it, more a coup de théâtre than a coup d’etat.

Prime Minister Luigi Facta was fully aware of fascist weaknesses and, early in the morning of October 28, he asked King Vittorio Emmanuele III to issue a state of siege order that would have mobilized the military. But the King, who the night before had seemed resolved not to give into fascist pressure, decided against it. We will probably never know why. To avoid fighting in the streets? Perhaps, but this seems unlikely. Because he feared that his troops might defect? Given the widespread anger among military men regarding the Versailles Settlement and related factors, this seems more likely. But whatever the reason, Facta had resigned by noon, and the squadristi suddenly launched wild, rampaging celebrations in the streets. A semblance of republican government would continue for three more years, but Mussolini would take dictatorial control in 1925 and begin his quest to turn Italy into a totalitarian state. 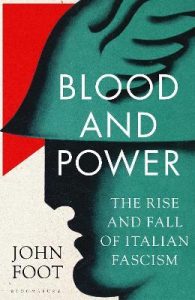 The roots of this turn can be traced back to the prewar period, as I have shown in some of my work, but it was Italy’s decision, following the secret Treaty of London and its promises of territorial gain, to enter the war on the side of the Allies in spring 1915 that began the debacle. Mussolini, who had led the anti-war Socialist Party from 1912 to 1914, broke with them late that year sensing that Italian servicemen were more likely to be radicalized than industrial workers. And he was right: although Italy fought the Austrians to a standstill for three years, its authoritarian military leadership produced a disastrous defeat in 1917 in which Italian troops were driven back 100 miles almost to the gates of Venice. Although new leadership in 1918 produced a comeback, the defeat at Caporetto and the postwar settlement at Versailles, in which Italy failed to get much of what it had been promised in London, led to the creation of huge ex-servicemen’s associations in the postwar period that became the basis for the squadristi. Despite a lack of electoral success, Mussolini effectively mobilized them in the midst of the “Two Red Years” (1919-20) in which many feared a communist triumph in Italy. His own bluff and bluster did the rest.

Given our own recent history, Americans can hardly fail to see some parallels between these circumstances and the event it produced with our own experience that culminated on January 6, 2021. Of course there is one decisive difference: Trump’s “March on the Capitol” failed to thrust him back into power, even though it was far more than a coup de théâtre.  But imagine for a moment that Trump, after grabbing the steering wheel of the Beast, had succeeded in transporting himself to the Capitol, that he had entered it amidst the rampaging crowd as he had promised to do, and then, shaking hands with Congressional supporters like a President about to deliver a State of the Union address, Trump had succeeded in taking over the building, forcing Mike Pence to do his bidding, and thereby managing to have himself declared President once again. Might we then have been on the road to 1943 in 2021?

My point here, however, is less about how close we came to disaster, important as that is, than about how fascist regimes begin. Italy produced both the word fascismo and its first regime from within a democratic tradition based on electoral politics that, poorly institutionalized as it was, had nonetheless prevailed since 1861. Likewise, Germany produced a Nazi regime with all its associated horrors from within the Weimar Republic, and it did so in what historically speaking is a blink of an eye in the winter of 1933.  Both takeovers were sudden assaults within established democracies, and the speed of their demise deserves to be pondered. 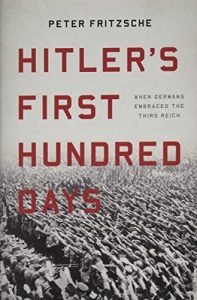 For readers who wish to engage in such reflection with more details, I am happy to recommend two recent books: John Foot, Blood and Power: The Rise and Fall of Italian Fascism (2022), and Peter Fritzsche, Hitler’s First Hundred Days: When Germans Embraced the Third Reich (2020).  Let us hope that they are never followed by a book treating parallel events closer to home.