“One of the Most Important Buildings in the World”

In fall 2005 my husband took our oldest child to Atlanta for his freshman year at Emory University. Derrick fell in love with Emory years before when he accompanied Richard to a conference in Atlanta, and having grown up in upstate New York he welcomed the chance to live in another part of the country. Two months later, both of us showed up for Parents’ Weekend to find our son excited and thriving. 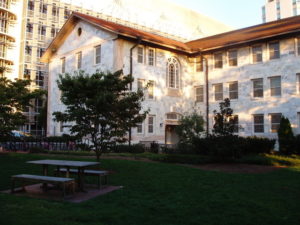 While Derrick did well in high school, the social aspect proved far more important to him than his classes. We typically had to stand over him to do his homework, and he rarely pursued a special interest in a subject the way I did when I was his age. That changed when he started at Emory. We noticed his engagement with what he was learning, even though his GPA turned out lower than his high school GPA. Not having any graduate school ambitions, he didn’t care much about his grades, but he sought out classes that expanded his understanding of the world.

One of the moments that stood out for me in that first visit was when we passed the headquarters of the Center for Disease Control (CDC) located next door to the Emory campus. He pointed to the site, behind a high wall and said, “Next door to us is one of the most important buildings in the world.” He told us of the work going on at the CDC (whatever he heard about from his intro chemistry professor) and how it sat at the forefront of infectious disease control for the entire world. 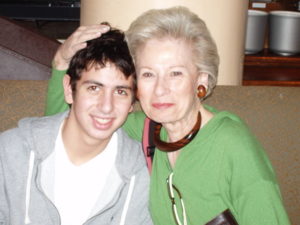 I think about Derrick so impressed and admiring of the scientists’ work — and aware of both the importance and the risks of that work — when I read reports and watch press conferences related to the current COVID-19 outbreak. I’ve seen the CDC send out defective test kits, hold up the few test results they have, underreport the already severely undercounted numbers of Americans who are sick or who have lost their lives in order to make the president look good, fawn over the president, and make public information hard to obtain or trust. Today, people are using the Johns Hopkins site for the most up-to-date information and advisories on a national and international level. The information on the Johns Hopkins site can help us all take informed action in our homes, in our communities, and when we travel within the U.S. and abroad. Depending on where you live, state and local authorities can do the same, as they pursue enhanced testing at their own and private labs (unfortunately as of this writing, still subject to the bottleneck of CDC approval) and issue advisories in the multiple languages spoken by residents of the area. 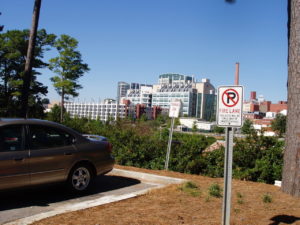 At the same time, I can’t help but feel great sadness and betrayal for what we’ve come to under this administration. I admire the scientists of the CDC for the work they do under increasingly difficult conditions. Budget cuts and the 2018 elimination of the pandemic response team set up under President Obama during the Ebola crisis have resulted in layoffs and more work for the experts who remain. In addition the political appointees at the top have prioritized stroking the current president’s ego and pursuing his personal and ideological priorities. The CDC, once “one of the most important buildings in the world,” was good and belonged to all of us. Today, it’s one of the many institutions that can no longer keep us safe, serving a leader who employs lies and fear to maintain his power. On behalf of a wide-eyed 18-year-old and the rest of the people making our lives here, we deserve better.