When I covered the 40th anniversary of the Carnation Revolution nearly three years ago, I observed that this anniversary was the last in which many of the major figures of that era would be alive. I had Mário Soares in mind as I wrote that piece. He appeared at one of the events I attended, but seemed very frail. He died this past Saturday, January 7, 2017 at the age of 92.

Soares is best known as the first democratically-elected prime minister of Portugal following 48 years of dictatorship and the military coup that sparked the 1974 Carnation Revolution. A series of unstable military-civilian governments rose to power in the aftermath of the revolution, sparking fears that the communists, with their strong presence in the military, would come out on top. Soares, who became a communist in his student days, had long broken with the party but maintained a commitment to social and economic justice and as the founder of Portugal’s Socialist Party, sought to address the massive inequality and lack of educational and economic opportunity that had characterized the fascist Estado Novo regime. In a country that had little experience with democracy, his administration institutionalized democratic principles such as freedom of speech, religion, and the press and free and fair multiparty elections. He also presided over the end of colonial wars that he had opposed for decades, leading to the independence of Angola, Mozambique, Guinea-Bissau, Cape Verde, and São Tomé and Príncipe in 1975. 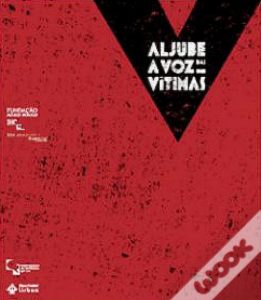 While I had studied the history, my first personal acquaintance with Soares’s work was a copy of A Voz das Vítimas (The Voice of the Victims), a collection of the writings of political prisoners under the dictatorship that accompanied a 2011 exhibit at the former Aljube prison in Lisbon, which he and his foundation had sponsored. (That temporary exhibit has since been replaced by a permanent one that I highly recommend to visitors.) Soares himself had suffered under the dictatorship: arrested 12 different times, spending a total of 3 years in prison including a bleak internment camp on the island of São Tomé, and forced exile. At the time of the Carnation Revolution he lived in exile in France, having been expelled in 1970. He boarded a train from Paris to Lisbon that day, and when he arrived at the Santa Apolônia train station on April 26, adoring crowds greeted him.

In the United States, with our myth of “American exceptionalism,” we don’t pay attention to this history of other countries, especially small countries, and what they and their people can teach us. But along with homegrown heroes such as the civil rights leaders, courageous people from other countries who have faced repression and defended democracy and freedom can serve as inspiration as we confront the possibility of losing our own.

So what are some of the lessons we can learn from the life and career of Mário Soares?

Run for office, even when it seems hopeless. There were elections during the Estado Novo dictatorship. They were rigged in multiple ways: only certain parties and candidates were allowed to stand in “opposition;” those candidates received little press coverage, and whatever they did receive was unfavorable; the “reward” for running and losing (because the opposition candidates always lost) was banning from public and many private jobs, arrest and imprisonment (Soares himself was arrested and sent to São Tomé in 1968 after losing a parliamentary election the previous year), and in the case of Humberto Delgado, who lost a rigged election for president (a largely ceremonial position, but one allowing the dismissal of the prime minister) in 1956, assassination. But running for office gave Soares name recognition and the political experience he needed to shepherd his country through the early days of democracy.

Build connections with political parties and their leaders in other countries. When Soares founded Portugal’s Socialist Party in 1973, he did it in West Germany, with the help of other post-war progressive and democratic leaders such as Germany’s Willy Brandt and France’s François Mitterand. This gave him and his party the backing of other countries and facilitated Portugal’s entry into the European Union. Connections with leaders and citizens of other countries also meant that he had a place to go when forced to flee Portugal, and other Portuguese dissidents were also allowed to find safe harbor and a place to establish alternative institutions for when they were able to return and take power.

I cannot overstate the importance of connecting with supporters of democracy and human rights in other lands. When “the whole world is watching,” there’s a limit to what repressive governments can do to their people. 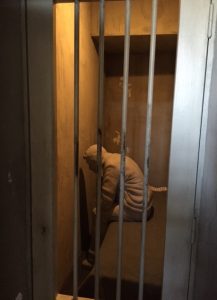 Be ready to go to jail for what you believe. And change your attitude toward jail and who ends up there. Twelve arrests. Three years cumulative in prison. Interrogation and torture. Soares survived all this. He came out with a “prison record,” as did thousands of Portuguese who struggled for justice. They were laborers and professionals, people who were illiterate and people who’d published poetry and political treatises, people of all races and origins. They were accused of crimes they didn’t commit, and crimes that should never have been considered crimes. Outside of the military, nearly everyone who had acted to bring down the dictatorship had spent some time behind bars. Today in the United States, anyone convicted of a felony is excluded from civic life, usually forever. We need to rethink these laws and rethink the barrier between “convict” and everyone else, because our exercise of so many of the freedoms we’ve enjoyed may one day put “us” in the place of “them.”

Commit to human rights as an absolute value. After a life of public service, helping to bring down a dictatorship and then leading an unstable young democracy to maturity, Soares created a foundation to raise awareness of the value of democracy, freedom, and human rights. His work to instill a sense of history and civic awareness to new generations in Portugal is work that can inform and inspire people all over the world. I was fortunate to have seen — and written about — the books and exhibits that his foundation sponsored. In the upcoming months and years, I pledge to continue my own work to promote awareness of what human rights are, and why they are important.