Earlier this week I gave a webinar presentation on translation sponsored by the Eastern PA region of SCBWI, focusing on how to break in as a translator and the many “hats” that a translator wears. The four I spoke about in depth were Writer, Researcher, Educator, and Linguist.

Yes, Researcher. As an author of historical fiction, I’m familiar with the extensive research that goes into writing this kind of book. But translation beyond understanding the language in depth? Such research is necessary to understand the broader context surrounding the story as well as the everyday aspects of the setting in a given place and time.

My research process is rather unconventional, though, in that I’m always on the lookout for interesting tidbits that I can incorporate into work in the future. For my historical fiction set in the mid-20th century, I lean heavily on visual sources — photos and videos — as well as ones in print. Even videos of similar events in the present can give me a flavor of what happened in the recent past.

An example: I’m currently working on a YA verse novel set in Portugal in 1967, in the late years of the Salazar dictatorship. I’ve been working on this novel, off and on, since 2018 and put it aside in summer 2019 to write my part of Moonwalking. I can’t work on more than one verse novel at a time. I had about 2/3 of the YA verse novel written but was stuck on my ending. That verse novel also suffered a setback when brilliant Agent Jacqui read the 2/3 and told me my love triangle wasn’t working. Without said love triangle, the story needed an entirely new structure. In August we had a Zoom meeting and discussed alternative structures.

As regular readers of this blog are aware, I’ve been following developments in the war following Russia’s unprovoked, criminal invasion of Ukraine. As part of that process, I watched a video in early August that had been recorded on the evening of August 3 in Minsk, the capital of neighboring Belarus, where dictator Lukashenko has allied with Putin and Russia. That evening just after sunset popular Belarusan singer Meriem Herasimenka gave an impromptu concert in a square outside a popular bar, singing — the audience accompanying her while recording on their cellphones — the song “Obiymy” (“Hug Me”) by the Ukrainian rock band Okean Elzy. My gaze was drawn to the brave singer who wore her hair in a braid down to the middle of her back. In her voice, one could hear the strength and weight of her defiance, as she probably knew that soon afterwards she would pay a heavy price. I imagined myself in Meriem’s place, and in the place of my verse novel’s protagonist Sónia who reads one of her poems in a similar square fully aware of what the consequences will be.

Shortly after the video, Meriem Herasimenka was arrested and imprisoned, sentenced to 15 days, then 30 more. As of this writing, she remains in custody. 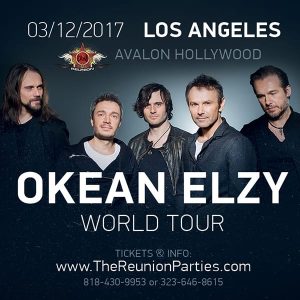 Okean Elzy has performed in the U.S. as well.

And here’s the rabbit hole. Meriem sang a cover of “Obiymy,” which led me to the song’s original creator, the band Okean Elzy. Formed in Lviv, Ukraine in the 1990s, they have become the country’s most popular rock group, with multiple albums and an additional album from lead singer Svyatoslav “Slava” Vakarchuk. As the former co-host of a world music radio show, I knew right away that they’re the real deal — musicians who infuse indie rock with the melancholy notes of their homeland and sing of what it’s like to live in a war zone. The lyrics of their popular songs, which can be found in translation on the internet, parallel personal struggles with those of a nation that has been fighting for its independence and separate way of life ever since the 1991 breakup of the Soviet Union.

In April, after the Battle of Kyiv ended with Russia’s withdrawal, Okean Elzy performed in the Kyiv Metro, in a station used for weeks as a bomb shelter. They continue to perform benefit concerts in Ukraine and elsewhere in Europe, and in between those gigs Slava Vakarchuk serves as a member of the Territorial Defense Forces in Lviv.

I’m coming out of the rabbit hole and writing more poems for the verse novel, but in the meantime I have a new favorite band and images of my brave protagonist reading her poetry for the first time in public under fire.