My husband and I just returned from three days in New Orleans visiting our daughter, Maddy, as well as our friend Rachel Burk, who we got to know in Lisbon last fall. It’s always fun to see people who you met and with whom you became friends in a place that you loved. Rachel seems to miss Lisbon as much as Richard and I do, even though her Fulbright teaching fellowship worked her a lot harder than Richard’s. We shared our impressions of university students in Portugal versus university students in the U.S., both at Tulane where Rachel taught and where Maddy is now a junior, and at the University at Albany, where Richard teaches and where I am now one of the students, at least for second-semester Portuguese.

Rachel talked about a film she showed her students at the University of Lisbon, about the indigenous Guaraní people of Brazil and Paraguay. At the end of the film, well-armed colonial troops massacred dozens of Guaraní, took their land, and ended  their centuries-old way of life. At the end of the class, several students came up to her and told her, “this is the story of our lives too.” They explained that, although their families had always lived in Portugal, the oligarchy that ruled the country from the Middle Ages onward controlled their lives as well. If a noble or other oligarch wanted something that their families had–land, animals, handicrafts, even family members–that powerful person simply took it away, and the family had no recourse.

Over centuries, this vulnerability to the whims of the rich and the powerful led to a sense of resignation that today frustrates political activists who wonder why more people don’t protest the government’s austerity policies. People basically learned to make the best of a bad situation. A substantial number of them left in search of better opportunities elsewhere. Today, Portugal has a population of about 10 million. However, another 5 million persons of Portuguese descent live outside the country. (This number does not include the descendants of Portuguese immigrants to Brazil during the colonial period who became Brazilian after independence.)

Another reaction to defenselessness in the face of superior power is what an outsider might call laziness but is in fact an unwillingness to invest much physical or emotional effort when the fruits of that effort are likely to end up in the hands of others. Because most people want to create things of value and to have their work recognized, people who are likely to have their stuff taken away tend to invest in things that cannot be taken away. This is something that differs from culture to culture, and situation to situation, but I suspect that the beautiful tiles and other decorations on public buildings in Portugal had a lot to do with the impulse to have one’s work seen and recognized, if only anonymously, and to enjoy the work of others. 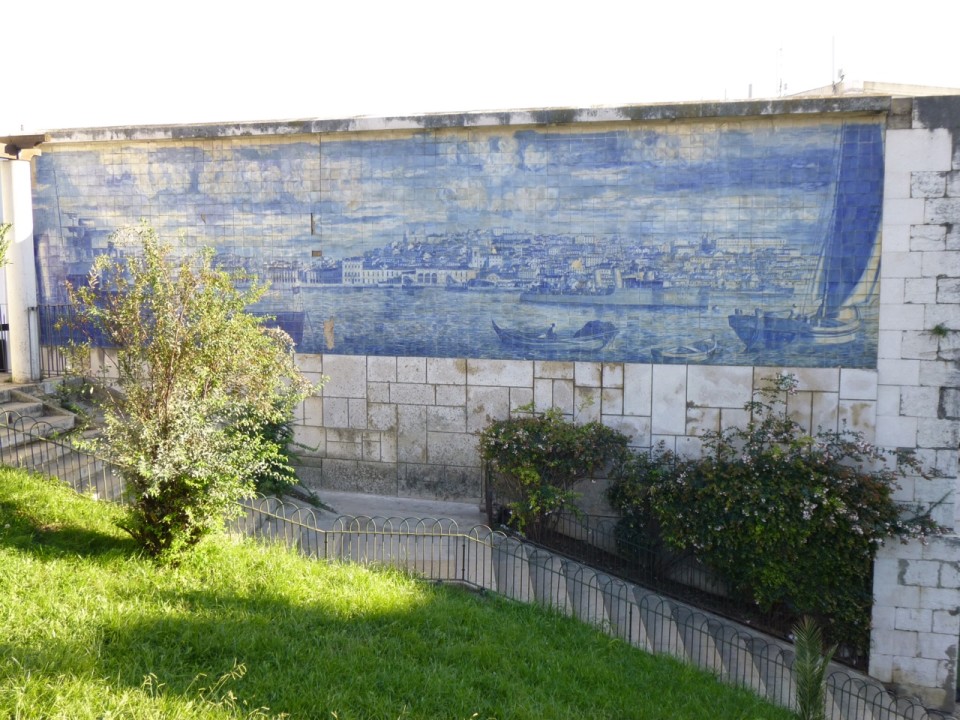 Our visit with Rachel made me think of the YA novel manuscript that I started at Vermont College of Fine Arts and completed when I was in Portugal. Titled ANTS GO MARCHING, it’s the story of a 15-year-old boy who has the thing that is most valuable to him taken away by someone with greater power–and what he does about it.