How many people can fit into the third floor conference room at NYPL’s Chatham Square Library without upsetting the Fire Department? We found out this afternoon at a jam-packed session — more than 100 people, mostly teens and young adults — titled “Seven Asian American Authors You Should Be Reading.” Moderated by Yin Chang, host of the popular 88 Cups of Tea podcast, the panel included Rhoda Belleza, Sona Charaipotra, Jenny Han, Heidi Heilig, Stacey Lee, Emily X. R. Pan, and Karuna Riazi. 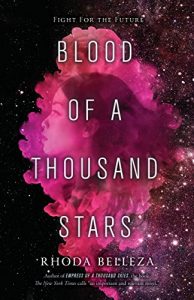 The discussion began with the question, “What was it like to look for heroes like us when you were growing up?” Belleza said that she didn’t grow up in a reading family. However, she started out making up alternate worlds and different planets to represent the world that she didn’t see in books. Charaipotra, who grew up in a predominantly white community with few South Asians, read the same books her friends did — books with few brown characters and no brown authors. It took her a long time to realize “brown people could write books.” Han had the opposite situation — a mother who pointed out every Asian American person in popular culture. This embarrassed her, and she sought out the same books her white friends were reading, such as The Babysitters’ Club. 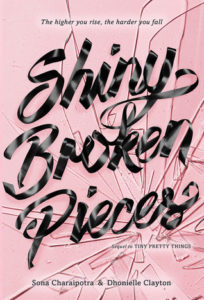 Lee sought out Asian American names when looking for books, and not finding enough, she read books by African American authors whose experiences resonated with her. As a child in Hawaii, Heilig enjoyed high fantasy and identified with her mother’s white heritage in her reading. She talked about not fitting in as either white or Asian and commented that many white authors are choosing characters of mixed-race heritage like hers to have elements of diversity within a white frame of reference. Unfortunately, these books often offer a superficial understanding of what it means to be mixed-race. Riazi spoke of her work as a teacher in a Muslim school and expressed hope that, with more authors like her, her students will see themselves in books and writing as something for them. 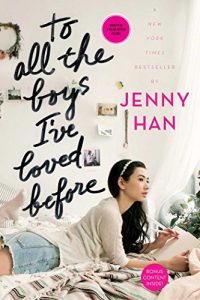 The next question was a good one for everyone who’s had to confront naysayers with respect to their writing: Did you have pressure from parents not to become a writer? Pan did. She went to business school as her parents wanted her to do. They were happy to have her become an accomplished musician and writer in high school because it would help her get into a good college, but they saw college as the time to become serious about the real world. Pan’s parents worked hard for a stable life and didn’t want their children in a profession that was so unstable and risky. On the other hand, Belleza’s parents supported her decision and encouraged her to take risks, as they had done by immigrating from the Philippines to the United States. (That was really cool!) Most of the other panelists felt pressure to “get serious” about their careers. Lee went to law school after ruling out medical school because, “I didn’t want to help people.” (That got a huge laugh, because she’s always helping people and was, in fact, the person who put the idea for the panel in motion.) Charaipotra’s parents, both pediatricians, expected her to take over their practice; even though she didn’t, her spring 2019 novel PROGNOSIS is a homage to her father, who passed away last year. Riazi felt obliged in college to do something practical, but after floundering for two years, she realized she was meant to major in English and pursue her dream of teaching and writing. Han’s parents worried about her, but supported her decision to attend the New School’s MFA program. 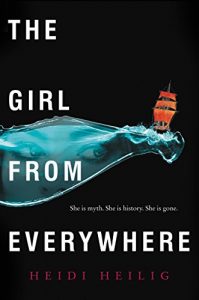 Building on Charaipotra’s homage to her father, the next questions had to do with the ways their books honored their parents. Han talked about the limitations her parents experienced as immigrants and transferred that to parents in her novels who grapple with addictions that limit their lives. Pan learned about her grandmother’s experience in the war, which she hoped to use in an epic historical for adults, but ended up making it the background for her teenage character in The Astonishing Color of After, who travels to Taiwan and her grandparents after her mother’s suicide. Heilig spoke of her grandmother’s “crazy stories,” a grandfather with an opium addiction who lost the family’s lands, and mental illness on both sides of her family. She pointed out that the white side is more open about mental illness; her experience is that Asian family members keep these things secret. Moderator Chang agreed that it was hard to have discussions about mental illness within the Asian American community. Finally, Belleza commented on her family’s experiences of war and colonialism in the Philippines, and her own portrayals of war, religion, and folklore. Often religion is the reason for war in her stories. 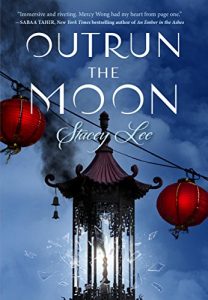 The blog post represents one effort related to the next question — how to bring the panelists’ stories to light. Panelists spoke of the importance of books by members of the marginalized group, the role of We Need Diverse Books, the need to demand that bookstores and libraries stock books by authors of color, and the need for authors of color to support each others’ books. White readers and writers need to audit their collections with the goal of 50% books by authors from marginalized groups. “Recommend a book by an author of color, and then add a book by a white author,” one panelist remarked. 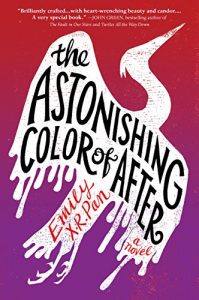 The first audience question had to do with the authors’ process, whether they outline (“plotter”) or write quickly and worry about putting it all together later (“pantser”). There were two plotters, two pantsers, one who says every book’s process is different, and one who talked about watching videos to inspire her scenes. Lee said she begins writing a book in longhand, beginning with the scene that inspired her to write that book. Sometimes, though, that scene doesn’t survive to the final draft. 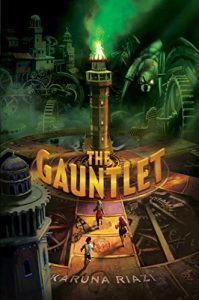 The second audience question had to do with authors writing non-Asian characters, or Asian characters not of the author’s heritage, as Charaipotra did in creating a Korean American protagonist in Tiny Pretty Things. All the panelists talked about the importance of research, interviews, and authenticity readers from the group portrayed. Heilig revealed her cosmology of good and evil, in which the more marginalized the character, the more likely that character was going to be a good person. She only writes white villains — only rich white villains. “You have to be cautious where you place people” in the good-evil spectrum, so as not to reinforce ingrained portrayals of Blackness as evil and or to condemn or ridicule already marginalized people. Han remarked that one shouldn’t portray a marginalized person without flaws, however, because that is not realistic either. 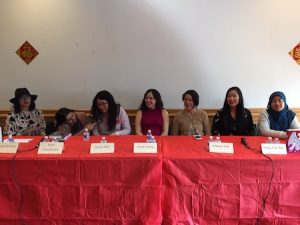 The panelists offered fascinating insights from their experiences as well as valuable advice for all writers, whether they write own voices stories or develop characters from outside their personal experiences. I’ve already read many of their books and look forward to reading their new novels as they come out in the next two years. Please look at these covers and check out all these books and more! 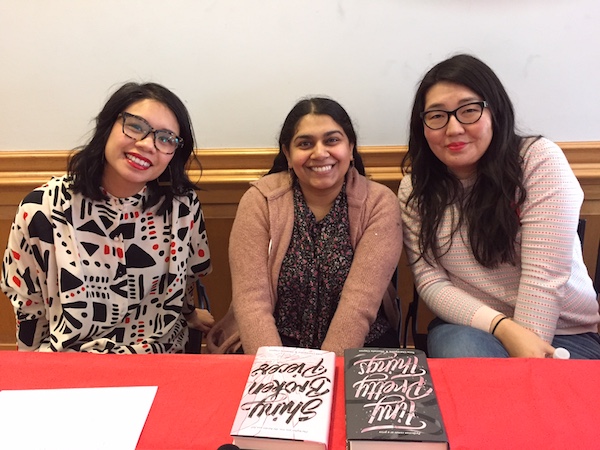 From left, Rhoda Belleza, Sona Charaipotra, and Jenny Han pose for the camera.