I’ll start this post with a question: Assume you’re a student, high school or university. If you knew that the best grade you could get in a course you really wanted to take was a C, would you still take the course? 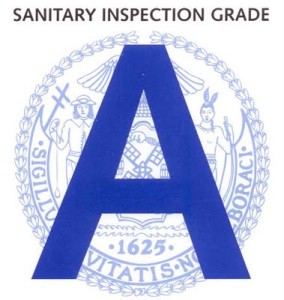 Throughout my entire school career, my answer would have been “no.” I was a straight-A student in high school and pretty close to that in college and graduate school. I valued my straight-A average so much that I signed up for courses in which I had only marginal interest because I knew that the professor awarded A’s for a clearly-stated level of work. I was a huge fan of the contract system, by which one could decide ahead of time the grade based on how many books read and papers written. I wasn’t averse to hard work; I just wanted to know there would be a reward at the end.

Looking back, I’ve come to realize how much I missed out by not taking risks or leaving my comfort zone. I passed on courses with professors known to be hard graders, even though the material interested me. My mother-in-law, on the other hand, took classes for which she didn’t have the prerequisites and the professor told her the best grade she would probably earn — after a lot of hard work to catch up — was a C. She accepted the challenge — and the C. 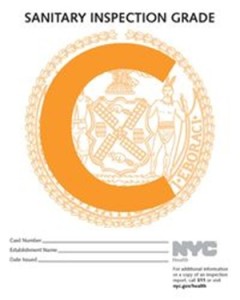 My mother-in-law got into graduate school at Columbia despite the C’s dotting her transcript. I wonder, though, in the high-stakes, winner-take-all society we live in now, if her academic experimentation would have cost her more. After all, she attended university in the late 1940’s and early 1950’s, at the dawn of the greatest economic expansion in the history of the United States.

Despite my risk-averse nature, I have chosen a profession that rivals professional athletics in its competitiveness, winner-take-all structure, and shortness of most careers. Among writers for young people, whose work doesn’t generally lead to tenured university appointments, there is a pyramid of a few multi-millionaires on top, an insecure bunch of people in the middle vying for those coveted top spaces and even more worried about falling out of the field altogether, and a huge base of people trying to get in for the first time — or having fallen off the career ladder, trying to get back in. In many ways, it’s a microcosm of what our society as a whole is on its way to becoming, with an ever-wealthier and more powerful 1%, a precarious and shrinking middle class, and a bottom of unemployed people, marginally employed people, and those working but struggling to make a living wage.

For years, I’ve talked about getting out of the writing business and doing something else — something more secure, with more visible results. My move into translation has much to do with that. (Yes, my highest grades of all were in foreign language courses.) I enjoy translation because I can use my skills to bring the work of amazing writers and artists to new audiences, and give readers insights into the lives and talents of people in other countries.

As a writer of fiction for young people, I’ve set goals for myself, and in many ways, I’m finding myself further away from those goals than when I debuted with Gringolandia. Some of my obstacles have to do with my own choices — for instance, publishing with small presses that don’t get the critical attention that books with major houses and big marketing budgets do. With Gringolandia, I missed a critical networking opportunity as part of debut authors’ groups; all the groups rejected me because my publisher, Curbstone Press, was too small and rarely published books for children and teens. Sometimes, with reviews and awards (except for indie-exclusive or indie-friendly awards like the IPPYs, Moonbeams, and Skipping Stones Honor Awards) it seems as if publishing with a small press is like taking a class in which the highest grade one can get is a C.

But at least I’ve gotten into the class. A fellow VCFA’er and friend is now starting her fourth manuscript. She has an agent, but the agent has failed to sell three others to a publisher. I admire this friend for not giving up, and she has inspired me to keep going in the face of my own challenges and disappointments (the most recent of which is the departure of an editor who “got” my work, made it better, and supported my newest project).

I gave myself the end of January to finish my work-in-progress, a YA historical novel titled THE HOUSE OF SILENCE. My former editor heard me read from an early chapter at a conference last summer, when I only had a handful of chapters written — too few and too raw, in my opinion, for me to submit as my option book. She loved what I read and my synopsis of the rest, but now she’s moved on to an adult publisher. The same thing happened to Surviving Santiago, which my editor at Curbstone requested as a companion to Gringolandia but never saw because he passed away before I had a version I considered good enough to submit. The finished manuscript made the rounds of major houses in 2010, then sat in a trunk for three and a half years before I sent it to Running Press. 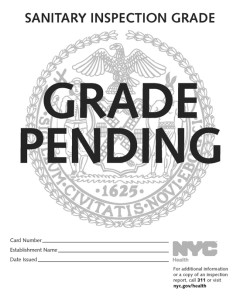 When lovely editor Lisa Cheng left, I though about abandoning THE HOUSE OF SILENCE without finishing it, the way I’d abandoned Surviving Santiago for two years after Sandy Taylor died. But I couldn’t. I was too caught up in the story; I wanted to know how it ended. I set a deadline for myself of the end of 2015. I missed that self-imposed deadline, but not by much. I’m only a couple of chapters away, and I will most likely finish the first draft within the next two weeks.

THE HOUSE OF SILENCE may never see the light of day (except for a chapter or two that I’ll post on this blog). It may end up with a small press and get few, if any, reviews. Or it may be one of those rare small press books, like Gringolandia, that go on to receive mainstream accolades — fewer than the big budget books, but enough to know that people connected with it and valued it as a contribution to the literary canon. 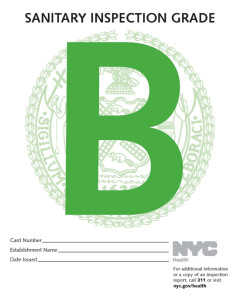 Above all, I hope that the new book, after rounds of revision, will show maturation in my writing skill and be recognized for it. While it appears that I’m now willing to take the class in which my highest possible grade will be a C, I also believe that through my own efforts, I might still be able to nab that B.