The ten days that started on the evening of September 4 and end at sundown on September 14 mark the High Holy Days in Judaism. The beginning of the High Holy Days is Rosh Hashanah, the New Year, a joyous event that nonetheless calls on us to look inside ourselves, to think about how we have transgressed against God and against each other, and to make amends. This process of making amends is called Teshuvah, or Repentance. The end of the High Holy Days, Yom Kippur, is the time that we atone to God with a day of fasting and prayer. But we are also tasked with using these days to atone to those whom we have wronged–either by our acts or by our not acting when we should have.

Whether or not we believe in God, we maintain our duty to our fellow human beings and to the earth upon which we live. I was raised in a Jewish household and attended religious school until I was confirmed at the age of 15. In those days, our teachers had a hard time getting us to behave in an acceptable way in class, much less understand and accept the tenets of our faith. (I am pleased to say that teaching practices in Jewish supplemental schools have evolved greatly since that time, and as a seventh grade teacher myself, I focus on building community and hands-on activities, such as role plays and simulations, that make learning fun.) However, there is one line I remember from my ten years of religious school:

“We should use things and love people…not the other way around.”

My teacher used that line in the context of a class discussion about materialism. Some of us in the class observed and felt uncomfortable with our parents’ materialism — the values they placed on big houses, fancy cars, opulent vacations — while other class members already seemed to be going down the same path. But as I grew older, I saw how people could be used in other ways that didn’t necessarily involve loving material things, but rather more abstract “things” like fame or renown. Sometimes, wanting things means wanting to be in the presence of and liked by people who are famous or renowned. And sometimes it means turning your back on someone because that person doesn’t have money or fame or because that person is not as successful as others. 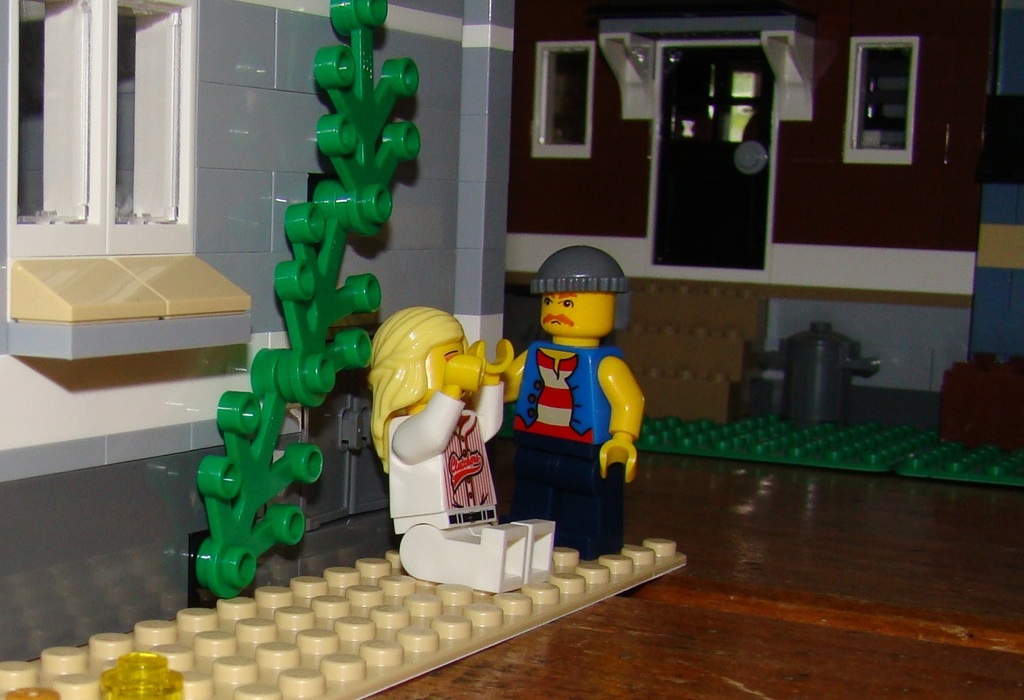 “Oh, Daddy! I threw Patricio away because Giovanni had a shiny new car!”
“Be honest, Karlijn. Would Patricio have been your boyfriend if he were a random alkie instead of a Pubrickster Prize-winning investigative journalist?”
“Uh…no.”

I’m a lot like Kiara, my main character in Rogue, (as opposed to my minifigure Karlijn, above) in that I struggle to understand why a person decides to like someone else or wants to be friends with someone else. But whatever the reason, it should be for the right reasons — that one really likes the other person and wants to spend time with him or her, rather than simply using that person. And there should be a sense of loyalty, so that when someone no longer has money or social position, they still have their friends because their friends have liked them for who they are as opposed to using them for what they once had.

Kiara eventually learns that to have a friend, you must be a friend. While I know this on an intellectual level, it’s often hard for me to put this into practice even as an adult. If you’re reading this and feel I’ve wronged you–particularly if you feel I’ve used you–please let me know, understand that I am sorry, and help me to change.