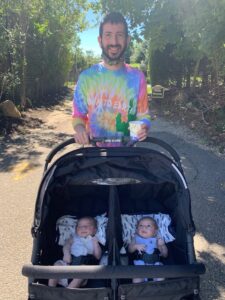 Derrick strolls the babies in the Hamptons. Photo by Lindsey Lachmann.

My last two blog posts had nothing to do with babies, in large part because two weeks ago Jonah, Reed, and their parents did what countless New Yorkers have done since March — escaped the city. They’ve been in the Hamptons visiting their other grandparents and enjoying the natural world. They seem to have had a good time. They returned plump and satisfied. Jonah smiled for the first time, a much-awaited milestone that occurs around the age of five or six weeks. Reed, the smaller one at birth, appears more developed and would be Jonah’s size already except for the fact that Jonah is a very good eater and has jumped ahead once again. Jonah also developed a strawberry mark on his forehead. The doctors said it would go away in about a year. Hair will cover it as well, as soon as their hair grows in. In the meantime, we will not have to worry about mixing up these identical twins. 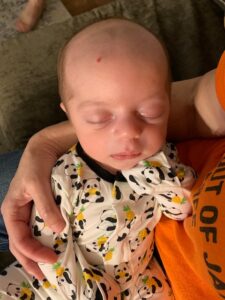 Jonah in a thoughtful pose.

We missed the babies and are glad that they’re back in the city for good. While they were gone, our daughter moved from Boerum Hill across northern Brooklyn to Williamsburg so she can walk to school. After a brief delay, the New York City schools are set to reopen later this month, first virtually and a week later with a hybrid model — half the children for three days in person, then the other half for three days, and the other days learning via remote along with the children whose parents have decided to keep them in remote learning full time. Maddy is eager to see her students in person. She’s teaching kindergarten this year, and the very youngest children don’t learn well alone in front of screens. We appreciate the efforts of New Yorkers who’ve worn masks and avoided crowded indoor gatherings. Because of our efforts, the positive rate of covid-19 tests is around 1%, which makes the start of school far safer than it would be in states with uncontrolled outbreaks. In fact, New York City is the only big-city school district in the United States to offer in person instruction at this time. 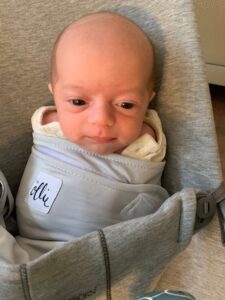 Reed checking out the apartment on his return.

Many of the people who fled the city in March have not come back despite New York City being one of the safer places in the country these days. Our situation has paralleled that of the European countries, most notably Italy, that were hit early and hard, and where shutdowns and public buy-in to public health measures led to a massive decrease in infections. Although indoor dining is still prohibited in the city, many restaurants have set up outdoor tables, and I have been impressed with the creativity and charm of these arrangements. The streets of my neighborhood feel like the streets of Rome or Paris, where no one dines indoors in the summer. On a trip to Rome in February some years ago, I noticed that plenty of people were still dining outdoors, aided by heat lamps. That may be the case here too once the weather gets cold. 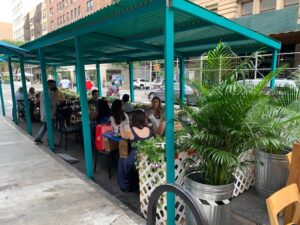 A popular outdoor restaurant at the end of Sunday brunch.

Derrick and Lindsey are glad to be back. They took the twins to brunch before we visited this afternoon. I think that many of their friends and other New Yorkers will be back as well as schools and offices reopen. Not everyone enjoys working from home alone. And even with the restrictions and the masks, New York still has a lot to offer. 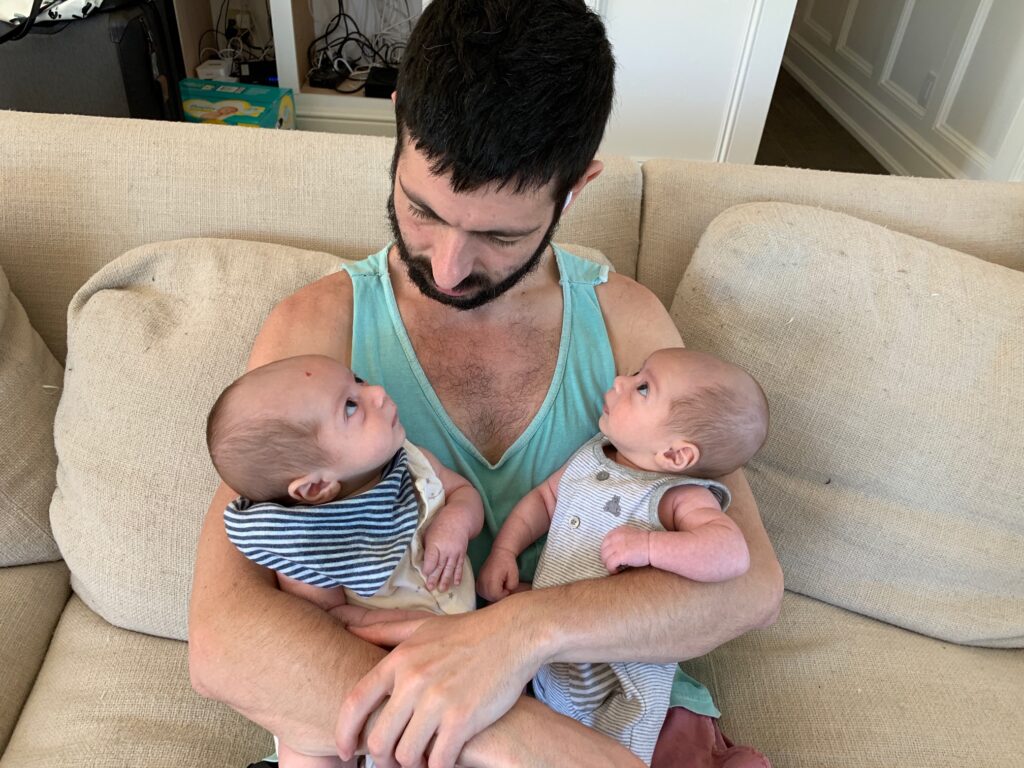 Jonah (left) and Reed have their eye on Daddy. Photo by Lori Steck.