The Open House: My Weekend Ritual

I’m part of several writing discussion groups on Facebook, and on Friday one of them — a group devoted to encouraging confidence and creativity — asked us about our favorite weekend rituals. I had no problem answering that one. 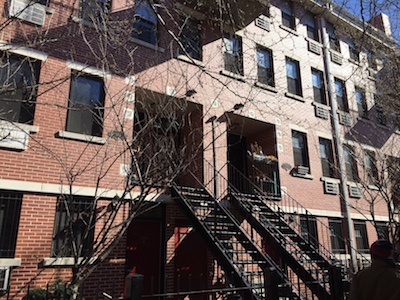 I’ve always wondered about these new townhouses in the middle of the Lower East Side. Today I saw one of them.

Each week I make a list of apartments in my neighborhood that are hosting open houses. I’m particularly interested in older buildings with character and period details. I have a special fondness for transom windows because in the olden days, unsolicited manuscripts were called “over the transom” submissions — in other words, they didn’t come in through the main door. I also like duplexes because I miss my two-story house in Albany. And when the weather’s nice, I like looking at outdoor spaces with views. Today, with temperatures below freezing, I took a pass.

Until I cancelled the cable, I could do my house hunting vicariously with at least one House Hunters International every evening. Now I do it in person and locally, which also means my fitness tracker sends me fewer scolding messages. But it has created a dilemma, as I visit apartment after apartment with no intention of buying any of them.

When hubby and I first moved to New York City full-time, we rented a loft-like space in a diverse, bustling neighborhood close to groceries, restaurants, and public transportation. The apartment allows for the flexible display of Little Brick Township, though I’m near capacity and Winter Village has been sitting in three boxes ever since we moved. I’d like more space, but space is pricey in NYC, and our kindly landlord didn’t raise our rent when we renewed our lease. We looked at places a year ago, before we received our lease renewal, and nothing was perfect. Everything we liked was too expensive, or needed too much renovation, or both. 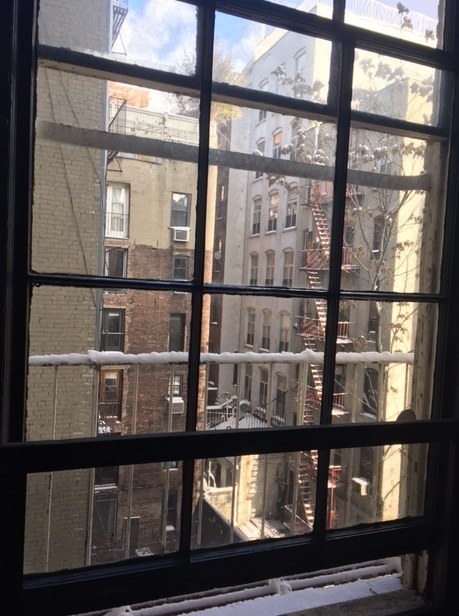 New York view from an artist’s loft in Soho that I saw at an open house.

And then the election neared. Unlike others in my family, I didn’t think Hillary Clinton’s victory was assured. Had I been more confident, I wouldn’t have written posts like this one. I didn’t want to make a large financial commitment with the possibility of ending up in an authoritarian or fascist country where rule of law comes down to “the law is what we say it is.” As a person on the autism spectrum, I have a difficult time conforming to arbitrary authority and dealing with constant unfairness and unpredictability in my daily life. Having spent time in dictatorships in Spain and Chile, I realized that there may come a time when I do not feel safe in a country without freedom.

So for now, I visit open houses in spite of my guilt. It’s entertainment. It gets me out of the house on Sunday. I see generations of New York City buildings and interior details, which appeals to me as a history buff and designer of Lego buildings. And one day, if I am in a position to buy, I will know what’s out there and what my priorities are.