The Perils of First-Hand Research

In middle school English, I learned about the late nineteenth century U.S. author Stephen Crane, whose hyper-realistic narrative style became known as “naturalism.” We read Crane’s classic The Red Badge of Courage, in which graphic descriptions of battlefield life served as a counterpoint to heroic and romantic portrayals of war that dominated the literature of the time. Although Crane did not fight in the Civil War, he later sought to cover wars around the world as a journalist (in several cases never making it to the battlefield because of other mishaps), and based his other works on extensive first-hand research. In the case of Maggie: A Girl of the Streets and other stories from the underside of New York City, his research led to an arrest on a morals charge and multiple allegations of various types of immorality. In the case of “The Open Boat”, his first-hand research contributed to his untimely death from tuberculosis at the age of 28. 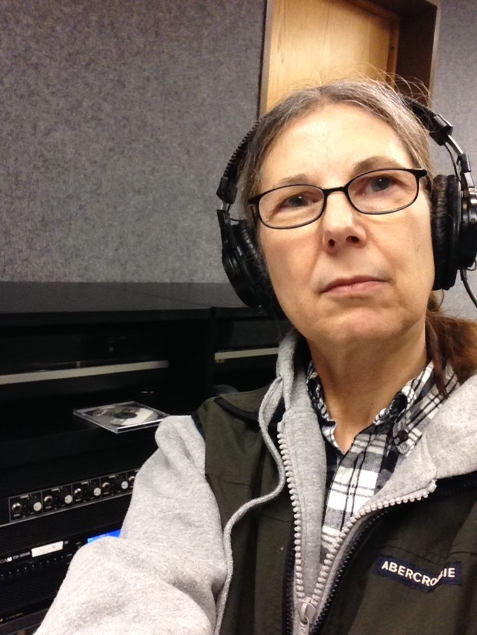 On air at WRPI. Why some people belong on radio instead of television.

Even if I didn’t like my English teacher (and a warning to authors whose books get assigned in schools: you will take a ratings hit if the students hate the teacher who assigned your book), Crane’s naturalistic style and his research methods captivated me. Those who’ve read my novels know that I don’t hold a lot back, whether it be the sensation of slamming a tray into a bully’s face or the appearance of a meth cook after his house explodes. (In the latter case, I relied on a YouTube video.)

As much as possible, though, I look for first-person sources or experience the events first-hand. For Gringolandia, I interviewed dozens of former political political prisoners and their families living throughout Chile and in exile, in addition to reading dozens of testimonials. This kind of research offers depth and authenticity, but it is not without its hazards, as Stephen Crane’s life demonstrates. 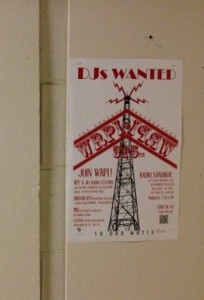 The physical hazards of first-hand research are on my mind these days, because I have recently come down with a mono-like illness ( whenever the doctor can get around to seeing me, I will get official results), most likely contracted from that great vector of infectious illness — college students. Since 2007 I have served as co-host of “Los Vientos del Pueblo,” a program of Latin American and Iberian music, poetry, and history that airs between 2-6 pm ET every Sunday on WRPI, the radio station at Rensselaer Polytechnic Institute. Last year I got my own show, “Mostly Folk World Tour,” a two-hour world-music program that follows “Los Vientos del Pueblo.” 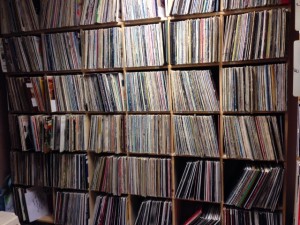 Back in the day, these were all we had…

One of my original reasons for signing on to a radio program was to research the companion to Gringolandia, some of which takes place in the radio station where Daniel and Tina’s father gets a job after he’s allowed to live in his country and work legally. In high school I did have a regular program at progressive community radio station KPFT in Houston, Texas, but I had forgotten a lot over the years. Having my show brought back what it was like to be on the air, and even if formats and equipment have changed, WRPI has plenty of legacy equipment and LPs. 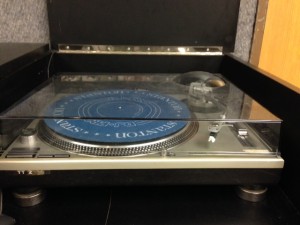 …and this to play them on.

Being on the radio constitutes the fun part of research; catching a debilitating illness does not. But it has made me more sensitive to the challenges one of my characters faces when, due to an injury, he cannot drink alcohol for an extended period of time. Unfortunately, I am now in the same position — my doctor will confirm whenever — on the eve of my leaving for Portugal, known for its outstanding wines and ports. Major bummer, and I don’t even have an alcohol problem. 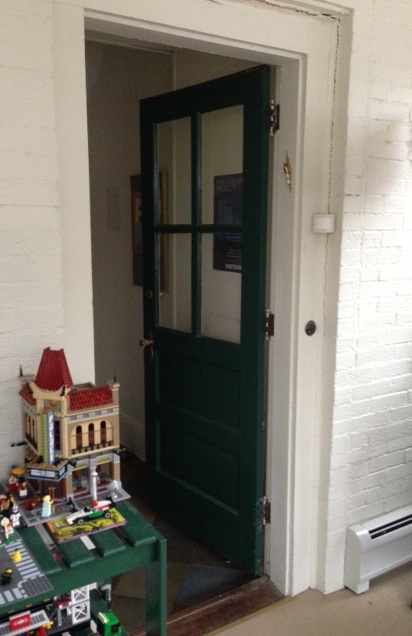 This isn’t the first time I’ve written about a character who experiences a mishap, and then the same mishap happened to me. In the summer of 2011 I presented a short story written some years earlier to my MFA workshop at Vermont College of Fine Arts, in which my protagonist suffered a concussion. One of the other students in the workshop, a former hockey player, commented on its realism. (Among others, I based my account on the experience of a couple of my son’s high school friends who played sports.) Less than two months later, I was trying to stabilize a leak in the ceiling during Hurrican Irene when I fell off the ladder. I woke up some time later in the hospital — though my husband said I was screaming so much before that the EMTs believed I was on drugs. Weird things a concussion can do. When the fog cleared several weeks later, I rewrote my scene. It’s a better scene now, but my husband has hidden the ladder, and I’ve become a little a bit more concerned about the perils of first-hand research — even when the research is unintended, such as my fall from the ladder and current illness. After all, Stephen Crane didn’t intend to become shipwrecked, spend hours in a lifeboat in freezing weather and have to swim to safety through rough surf. He was only trying to cover a war.