I didn’t remember making New Year’s resolutions last year, but when a did a search of my site, I discovered that I had! It didn’t bode well for my completion of said resolution that I forgot what I’d resolved, but in fact I did pretty well. With four forthcoming books, I said I’d ask people for help, and to an uncharacteristic extent I did. I’m grateful to all the people who came through for me this year, and I hope the people who asked me for help feel the same way about me. 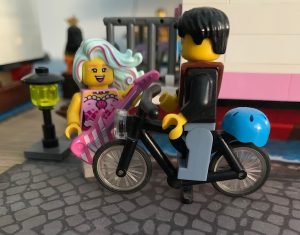 Patricio was also nervous about asking Seaweed to join the band, but he was glad he did.

I’m especially grateful for all the support that my books have received. This is particularly true for Torch, a book close to my heart that faced a lot of obstacles on its way to publication — from a serious eye infection years ago that jeopardized my writing of the book to a one-year delay in publication as a result of the pandemic. In between, my agent retired and I had to start over in the query trenches.

In addition, Torch is the product of a smaller publisher from the Midwest. These smaller houses often doesn’t get the same respect that Big 5 publishers and the larger New York/East Coast publishers do. My advance and the publisher’s marketing budget were smaller, and marketing efforts were targeted more to the school and library market than to bookstores. The book also came out at the end of the year, after many “best of” lists had already been set.

Even so, readers have given this book a chance, and I’m honored and grateful to each of you! I’m already getting emails and messages from readers about how they couldn’t put the book down and it was one of their favorite reads of the year. It’s also on two “best of” lists so far — from Kirkus, where it’s also a Top 10 Editor’s Favorite, and from Booklist. Torch won’t be eligible for some lists and awards such as ALA/YALSA’s Best Fiction for Young Adults and the Cybils until next year because it came out so late in the year.

And that’s my first ask for help on this blog. Please don’t forget the book just because it’s now 2023. It’s still eligible for some lists coming out at the end of 2023 or beginning of 2024. And one of the advantages of smaller presses is that they keep their books in print longer and market them longer. There’s also Junior Library Guild, which features Torch as its Gold Standard Selection in High School History for January 2023.

And now my second “ask.” The fact that people are finding Torch a page-turning thriller means that maybe it should be more available to individual buyers as well as institutions. At first, it was hard to get in bookstores, but the supply chain issues have been resolved. I’ve heard that a certain online bookseller named after a large river in South America has additional links and promotions for books that have more than 50 reviews on the site. If you appreciated Torch — or even if you didn’t — please leave a review on (okay) Amazon. It doesn’t have to be long. In fact, you should be doing this for all the books you read, because all of us authors (except maybe the most big-budget ones) need help. 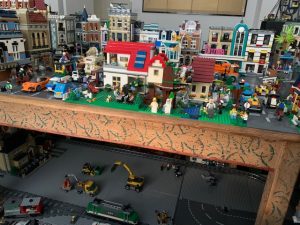 And you thought I was going to resolve to finish my Lego build, or keep my town dusted. So did I.

Which brings me to my 2023 New Year’s Resolution. I need to review on Amazon all the books I read as well. Not only does this help the authors, it also helps me to keep track of these books because I’m starting to forget which ones I read last year and I need to know to recommend to others or find like-minded authors for possible panels. I used to read/review a lot of books for The Pirate Tree that I cross-posted, but the site went dormant as each of us moved on to other things. I’ve also picked up with my reviewing for the Historical Novel Review after taking a few months leave because of deadlines on several translation projects and a verse novel. I’ve come to realize the importance of spreading the word about books I like, because that’s the only way I’m going to see more of those books in the future.

I wish all of you a happy and healthy New Year and look forward to hearing from you in 2023!