“We Have No Idea How [Bad] Things Can Get”

On October 30, 2015, fireworks as part of the performance of the Romanian punk-rock band Goodbye to Gravity ignited an overcrowded nightclub in Bucharest. At the end of the night, 27 people, including two members of the band, burned to death. Some 183 others were taken to the hospital with a variety of injuries from moderate and severe burns to broken bones from being trampled in the escape. Over the next weeks and months, 37 more people — a large share of the burn victims — died in Romanian hospitals or after delayed transfers to hospitals elsewhere in Europe. Among them were two more band members. And it became increasingly clear that the ones who died later could easily have been saved. Their burns weren’t especially serious, but they contracted horrific antibiotic-resistant infections. They didn’t need to die. 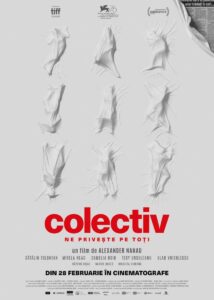 Journalist Catalin Tolontan, working for a popular sports newspaper in Romania, and his team started digging. They found the reason infections spread at every Bucharest hospital to which the burn victims had been taken: The factory that supplied antiseptics to the hospitals diluted their active ingredients by a factor of ten in order to save money. Some of the hospitals diluted those products even further. Romania’s Prime Minister had already resigned because of the conditions that led to the fire. Now protestors drove out the country’s health minister. His replacement was a 33-year-old patient rights activist, Vlad Voiculescu, who appeared completely unprepared at his first press conference and introduced himself as, “I am Vlad.”

Despite this inauspicious beginning, “Minister I-Am-Vlad” did his best to catch up on the issues, and in doing so, uncovered a web of corruption that involved directors of medical supply firms, hospital managers, and ruling-party politicians. Medical professionals became whistleblowers, meeting in secret with Tolontan and his colleagues, who tracked corrupt officials as they took payoffs and threatened the journalists and whistleblowers. 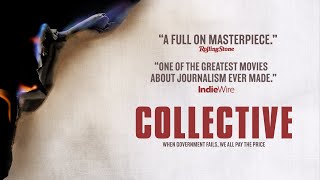 The documentary Collectiv/Collective, directed by Alexander Nanau, chronicles these events, from the fire itself (shown in a cellphone video from the scene) to the efforts of a severely burned survivor to reach a new normal to the investigation of the needless deaths. Shot in real-time in 2015-16, it has the pacing and feel of a well-executed thriller. When I described it to my son this afternoon while visiting him, his wife, and our grandchildren, he said, “Here, we have no idea how shitty things can get.”

In the middle of a pandemic exacerbated by incompetence, corruption, and malice on the part of our national leadership, we at least removed some of the worst of that leadership. What would have happened if we hadn’t? These were the people who confiscated protective equipment the states had purchased and transferred it to cronies who sold it back to those same states at higher prices (and sometimes then didn’t deliver). Some of the life-saving supplies from strategic reserves sent to hospitals in the early days of the pandemic were defective. Even now, prominent GOP politicians who downplayed masks and social distancing, including young and healthy ones like Florida Senator Marco Rubio and newly re-elected Iowa Senator Joni Ernst (talk about rubbing our noses in it!), have jumped the line to get their vaccines while frontline health care workers in their own states go without.

There is a helplessless one feels in the face of corruption and official indifference, one that Collective brilliantly captures. It’s why more privileged Romanians seek medical care outside the country, and people of all backgrounds emigrate for safety and economic opportunity. In any nation, those who hold political power have a duty to care for the well-being of their people, one that was lacking in Bucharest when corporate leaders, hospital directors, and politicians conspired to cheat people in distress and pocket the money. For us in the U.S. it’s a warning of what could have happened and what still may happen if we don’t pay attention, elect people who care about us, and hold them accountable.