Categories Menu
Home » Blog » What New Adult Should Be: A Review of Radio Underground

What New Adult Should Be: A Review of Radio Underground

Around 2010 the category of New Adult emerged to describe novels with older teenage protagonists or ones in their early to mid-20s, but with a focus on leaving home, going to university or into the military, and living on one’s own for the first time. Many of these books were romances, with more explicit sex than YA novels that needed to pass muster with parents and school and library selection committees. Other genres with New Adult titles included paranormal, high fantasy, science fiction, and historical. Commercial publishers began to take notice of this category when students and twenty-somethings bought large numbers of independently-published e-books, but after a few dozen contracted books came out at the same time between 2012 and 2015, publishers stopped buying New Adult manuscripts, citing low sales. Some commentators identified too much competition in a short period of time as the reason. Others pointed to difficulties in placing the books in bookstores and libraries, a problem that e-book sellers and buyers don’t encounter. Still others complained about the lack of originality in the offerings, most of which have been described as “YA with sex.” As a result, New Adult has, for the most part, returned to its indie e-book origins.

Still, I continue to find gems among both YA and adult titles that remind me of what New Adult could have been given better timing, more expansive conceptualization, and a resolution of product placement issues. Most of these novels are the product of self-publishers and small presses. They contain elements of literary and genre fiction, and cover a wide variety of genres. Some are translations, while others have international settings, in this way appealing to the curiosity of readers in their late teens and early twenties who are exploring educational, travel, and career opportunities and places to set down roots. 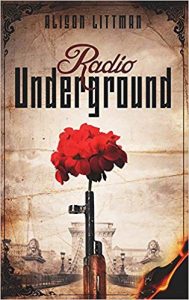 Last week I received an e-ARC of Alison Littman’s debut novel Radio Underground, the first release of Last Syllable Books, a small press started by picture book and YA author Selene Castrovilla to publish YA and Adult books at the junction of literary and genre fiction. Inspired by her senior thesis on Radio Free Europe’s rock ‘n’ roll programming in Eastern Europe during the Cold War, the novel explores the aftermath of the failed 1956 Hungarian Revolution on the lives of three people in Budapest — underground journalist Eszter Turján, her daughter Dora, and a young rock ‘n’ roll enthusiast who, in letters to DJ “Uncle Lanci,” calls himself “Mike a Korvinkozbol.” Most of the action takes place in 1965, nearly nine years after the uprising, when Eszter is in a secret prison, Dora, now in her mid-20s, works as a censor for the postal service and tries to please her hardline Communist father, Ivan, and Mike’s letters full of humor, sexual innuendo, and strange English expressions brighten her workdays. Although Eszter’s political commitments made her an inattentive mother, Dora cannot stop thinking about her, especially after hearing strange noises from the Interior Ministry near her office. Unlucky in relationships, in large part because of her parents’ difficult marriage, she becomes attracted to a very drunk young man named Ferenc who she meets in a clandestine music club, after which they have an unfortunate encounter with police that draws Dora into the world of prohibited radio and music.

The story is told from each main character’s point of view — Eszter’s in first person, Dora’s in third, and Mike’s through confessional letters to Uncle Lanci that read like passages fed into Google Translate. This narrative decision gives each character a distinct voice that serves as a window into their personalities. Eszter is bold and impulsive, pursuing what she thinks is right without considering those around her. Dora has learned from her to keep a distance from the world and other people. Mike’s exuberance and willingness to risk everything for love echoes Eszter’s character, but with the kind of love and humanity that can make a difference in the world — if he doesn’t get himself killed first. Literary writing doesn’t get in the way of the story, a thriller featuring sympathetic young people on the run from secret police who operate a massive torture chamber in the basement of the Interior Ministry building that was the headquarters of the Nazis before the Communists took it over. (Today it’s a museum that draws visitors from around the world, where I spent an entire day in February 2011.) Littman captures Budapest during this time, including the large Communist Party rallies, the terrifying black Zis automobiles favored by the police, and the ubiquitous hidden radios that played banned Western music from Radio Free Europe. 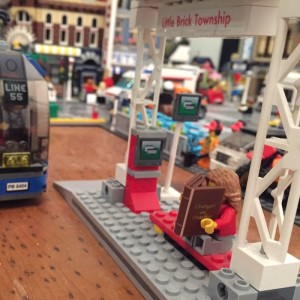 Today, democracy is in retreat around the world, not the least in Hungary where this book takes place and in the United States, where the recent election showed the electoral strength of a resistance and a people not yet willing to succumb to an authoritarian leader and one-party rule. Radio Underground explores the role of young people in the fight for freedom and democracy, with rock ‘n’ roll a symbol of the refusal to give in to a monoculture established by those in power. Do we see this same monoculture today, with corporations taking the place of a repressive government (or with the possibility of working hand-in-glove with the government, as is happening already in Orbán’s Hungary and Putin’s Russia) and the commercial branding on social media as its clearest manifestation? If so, Radio Underground, with its story of rebellious twenty-somethings by and for Millennials (and readers of other generations too), offers an international and historical perspective to those standing up for freedom and democracy today. Truly, it’s what New Adult literature today should be.