Even though Rogue is technically out of print, it’s still available as an e-book, in many libraries, and in the secondhand market. I’m still getting letters from young people and adults for this now five-year-old novel for older middle grade (aka middle school) readers, which was one of the first #OwnVoices novels with an autistic protagonist. Since then, more #OwnVoices middle grade and YA novels have been published — among them Sally J. Pla’s The Someday Birds, Corinne Duyvis’s On the Edge of Gone, and Rachael Lucas’s The State of Grace. Others are in the works, and Duyvis and Marieke Nijkamp (whose bestselling This Is How It Ends shows that autistic writers can successfully write other kinds of stories, too) have contributed #OwnVoices short stories to the anthologies The Radical Element and Unbroken. 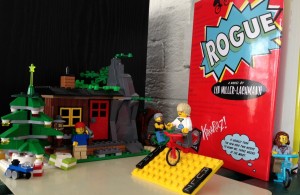 A Lego vignette from Rogue that I made in December 2013.

The steady stream of letters and emails has shown me that after all these years and other books, Rogue is still relevant. The more books we have with autistic protagonists, and the longer they remain available, the better chance these #OwnVoices stories have to replace problematic outsider-written books in the canon. That is one of the reasons I’m committed to self-publishing my paperback edition of Rogue in 2019, as well as producing an audiobook that is read by an autistic person — myself. (Here, my long time working in radio is especially useful.)

For copyright reasons, I won’t be able to use the hardbound cover of Rogue, but I’m working with the talented graphic designer and author Lisa Amowitz to design the paperback cover. In fact, many paperback editions have a different cover from the hardbound edition, and it’s a great way to refresh the look and feel of the book. While the cover isn’t ready yet — and I plan to reveal it on another site — I can offer a work of fan art I received recently from reader Kelly, who has illustrated the scene when Kiara first meets Chad, capturing perfectly the awkwardness of that moment and Kiara’s propensity to talk at great length about the house where Chad now lives. Thank you, to Kelly, who has given me permission to post her picture on my blog. 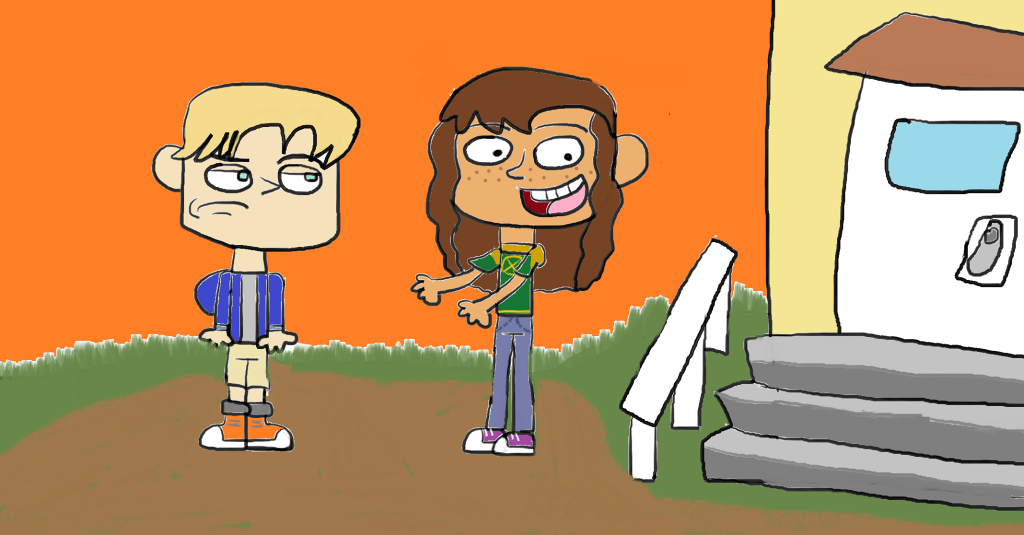 A few years ago, I posted a monthly Q & A in response to readers’ questions. I’ve taken off my official Rogue page, but am including an edited version in my next blog post. One of the questions I’ve edited out has to do with plans for a Rogue sequel. I saw that I had that same question twice, but with a different answer each time. In one, I said there were no plans for a sequel; in the other, I said I had an idea for what comes next but hadn’t begun writing it.

I do, in fact, have an idea for a sequel that takes place when Kiara is in high school, but I still haven’t started writing it. Since Rogue, I’ve written three other complete YA novels and proposals for a middle grade novel and a chapter book series, and I’m currently in the middle of a fourth YA — this one a novel in verse. After that, I have plans to take pieces of the failed manuscript I wrote right after Rogue to incorporate into a dual POV rom-com that I’ll probably submit under a pseudonym because I’m not known for rom-coms. After that, I may dive into the Rogue sequel, especially if the reprint edition does well, though I’ll have to self-publish the sequel, too.

I’d like to thank all the fans of Rogue over the years for spreading the word, keeping the book alive, and making me see the value of bringing out my own edition — in essence, insisting on this groundbreaking novel’s place in the canon.