Nancy Bo Flood, author of Warriors in the Crossfire, No-Name Baby, and most recently Cowboy Up! Ride the Navajo Rodeo, tagged me for the World Tour Blog. The purpose of the World Tour Blog is to introduce new writers, find out what they’re working on next, and hear about the authors they’re reading. 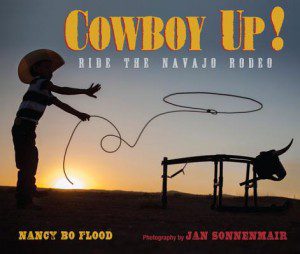 I reviewed Cowboy Up! several months ago for The Pirate Tree and described it as “a delightful collage of poems from a child’s perspective, humorous snippets from the announcer, the author’s brief explanations of the various elements of the Navajo rodeo, and expressive photos of children, adults, and animals at the event.” You can read the rest of the review here.

So what am I working on? I just finished a YA manuscript, ANTS GO MARCHING, about a 15-year-old boy, the only student from his hardscrabble mobile home park in an elite academic program at his suburban school, who loses his place in the program after he is jumped by three classmates and suffers a serious concussion. Like the athlete who suffers a career-ending injury, my protagonist, Nate, has to decide on a new direction for his life. He hasn’t completely given up hope of getting back into the program, but he finds that for people like him, there are few second chances. In addition, he has to confront his own self-sabotaging behavior as well as the inflexibility of school authorities and the fatalism of his parents.

I’m currently working on a middle grade novel that represents my first effort at humor. I don’t want to risk talking the story to death, so I’ll just say a computer is involved.

Since this is a “world” blog tour to get to know the author, I’ll talk about my new radio show. It’s the “Mostly Folk World Tour” (yep, that’s the title–what a coincidence!) on WRPI-FM, and it runs once a month on Sunday from 6 to 8 pm. I share the Sunday evenings with four other folk music enthusiasts, each of us taking one a month, and this Sunday, September 8, is my night. This week, I 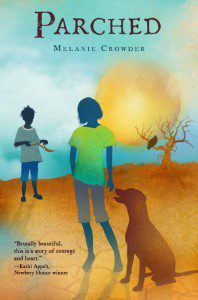 plan to focus on books that inspired songs, and songs that inspired books. Some of the songs will be ones I listened to while writing my YA novel Gringolandia. I will also play songs that occurred to me while I was reviewing other books for The Pirate Tree. For Nancy Bo Flood’s Cowboy Up! I’ll play Waylon Jennings and Willie Nelson’s version of “Mama, Don’t Let Your Babies Grow Up to Be Cowboys.” I also plan to play “Pare” by the renowned Catalan singer/songwriter Joan Manuel Serrat, which I quoted in part for my review of Melanie Crowder’s stunning middle grade debut Parched.

This week’s program will begin with Joan Baez’s cover of the famous song by The Band, “The Night They Drove Old Dixie Down,” to celebrate the release on September 12 of A. B.

Westrick’s debut novel Brotherhood. Set in Richmond, Virginia in 1867, two years after the end of the Civil War, Brotherhood portrays 14-year-old Shad Weaver, whose secret life by day involves teaching sewing to newly freed blacks while taking reading lessons from a 16-year-old black girl, and whose secret life at night involves meetings of a secret Brotherhood–the Ku Klux Klan. Shad joins the Klan to prove his loyalty to family and community but finds himself in an impossible situation when he is forced to engage in acts of violence against his teachers and pupils. Anne Westrick, consider yourself tagged for the next stop on the World Tour Blog. And since I know you’re busy, I encourage readers to check out the blog A. B. Westrick: In Love with the Process of Writing in the meantime.