Categories Menu
Home » Blog » Have I Met My Match?

Have I Met My Match?

The beginning of my third semester Portuguese class makes me think of tropes, notably the overachiever beaten out by rival classmates.

Note: I used Grammarly to grammar check this post, because I’m a grammar geek and wanted to see if I could get 100 on the first try. (I didn’t, but I came a lot closer than the sample text did.) 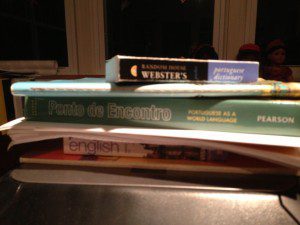 This past spring I had the good fortune to take a Portuguese class from an enthusiastic and creative professor from Brazil who assigned a short story as the final project in lieu of a final exam. Readers of my blog posts “A New Semester for Language Lessons,” “How Is That Writing a Story in Portuguese Thing Working Out,” and “’Celebridades’ Revised” know that I had a fun time and learned a lot but that my creative ambitions far outstripped my language ability. I suspect that my error-filled 16-page tale played a role in Professor Danielle’s decision to require a written final exam this semester. I also suspect that some of my classmates’ decisions to postpone starting their stories until the Sunday night before the Monday due date played an even larger role.

At the end of the semester, I planned to take a third semester course through the New York University School of Continuing and Professional Education, which would have given me a good excuse to spend the entire summer in New York. However, the course was cancelled due to lack of students, and I ended up spending my August in Albany creating scenes for my Lego graphic novel, working on my redesigned website, and turning my short story in Portuguese into a novel in English. I now have five chapters of the novel, with the working title of KRILL, written, and the rest outlined. 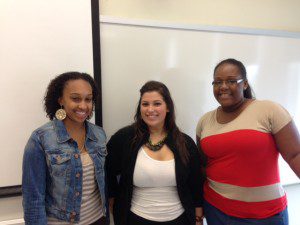 Rejoined by classmates (from left) Ashley, Alexa, and Justine, who spent the summer speaking Portuguese

In the meantime, three of my classmates from last spring spent their summer in Portuguese-speaking countries—one in Cape Verde visiting family and the other two in Brazil having fun. (I know exactly how much fun they had because I follow one on Instagram.) When they returned with perfect accents, and I stumbled over basic words on the first day of class last week, I realized that I might have finally met my match.

Portuguese class tends to attract language diehards, and over the semesters we’ve gotten to know each other well—well enough that I’ve come to think of us as characters in a sitcom. I’m the Lisa Simpson type, a classic overachiever who still appears to be eight years old a full 23 years after the show’s debut. I don’t think of myself as eight years old, but people may argue that I’ve acted like an 18-year-old for the past 23 years. My instinct to get an A+++ and be at the top of the class will be tested this semester as I start a few paces behind and expect to miss four classes because of speaking engagements and conferences.

The overachiever who meets her match and falls apart is a common literary trope as longtime viewers of The Simpsons know. It happens in real life too because tropes emerge from a writer’s observation of real life.

Despite Professor Danielle’s stern first-day demeanor and heavy schedule of exams, I expect that she does have some creative tricks up her sleeve. And I don’t plan to drop to second place without a fight. 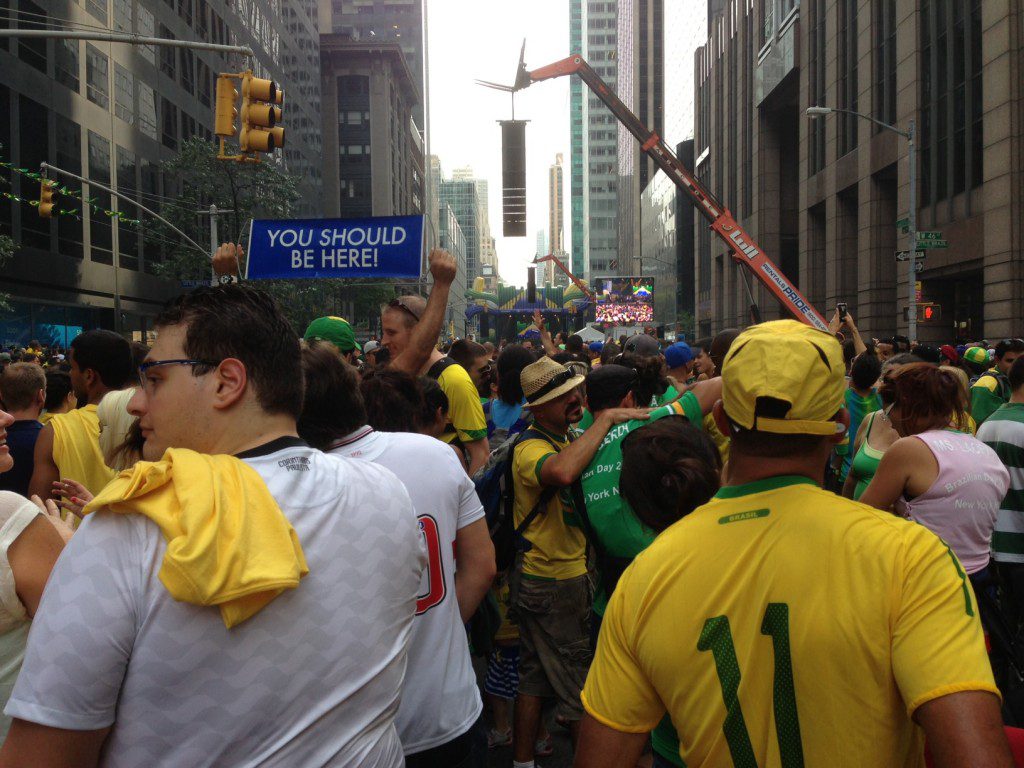 Getting practice at the Brazilian Independence Day festival in New York City on September 1, 2103