Is This Novel Necessary?

Let me begin by saying I did not hear this statement personally. A friend related it to me, after she returned from a workshop on sustaining a career writing books for children and teens. Perhaps I could have taken this as practical career advice to back off from my affinity for writing historical fiction about places many people can’t find on a map. Or give up my literary aspirations for something more practical, like the reference books that kept regular royalty checks coming my way in the 1990s.

She reported to me a speaker’s words that “literary fiction is not necessary.” The speaker had gone on to say that necessary books are the ones children and teens “had” to buy because they were the books “everyone” was reading. She encouraged writers to focus on high-concept, fast-paced stories in top-selling genres. The professional writers she spoke to should plan to write quickly to satisfy the demands of readers and to make sure the genre would still be hot once they finished the book.

I’m not sure but I think this speaker had experience with book packagers. Packagers typically come up with outlines for books — many of them drawn from the storylines of popular movies and TV series or developed through extensive market research with focus groups. Then they hire professional writers on very short deadlines to flesh out the stories. Many bestselling books for young readers are the product of packagers, because, like the ads for products and political candidates that one sees on TV and online, they are scientifically calculated to appeal to us. (One can find out which books are the products of packagers by checking the verso of the title page and noting a copyright or attribution to a company such as Alloy Entertainment, one of the oldest and largest.) 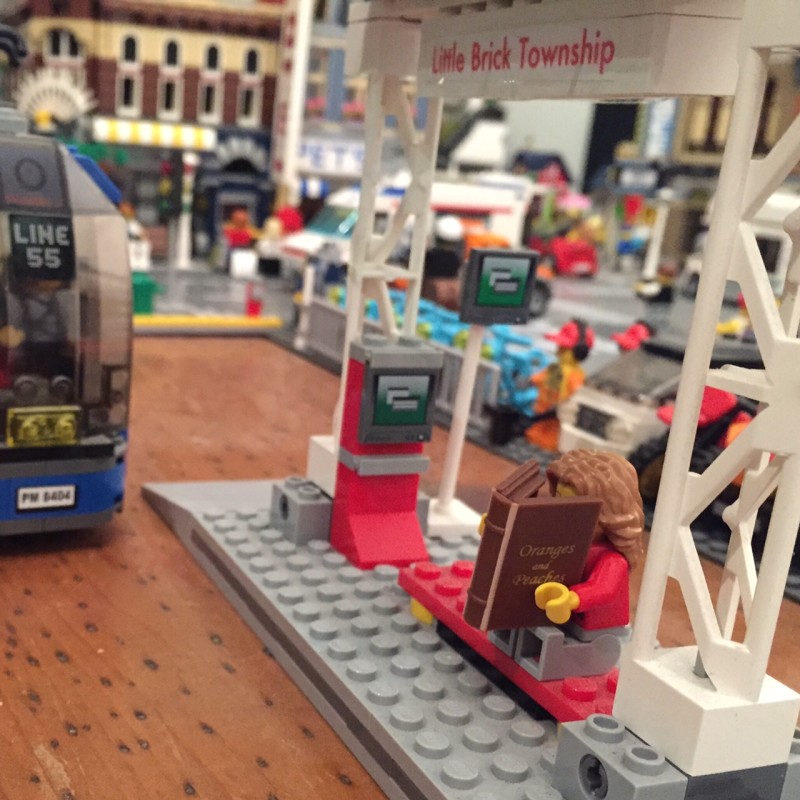 Had I been at this workshop, I probably would have raised my hand to challenge the speaker. Not because I don’t think these books are “necessary.” They’re necessary for her company to make a profit, just as licensed sets and minifigures are necessary for LEGO to make a profit. Under that definition, a literary novel that appeals to fewer readers is not necessary because it won’t make a profit, the shareholders of her multinational corporation won’t get a return, and her CEO won’t make a zillion dollars a year. (Or maybe he will. There are plenty of examples of well-remunerated CEOs who lose money for their companies.) In this twisted logic of capitalism, anything is good and necessary as long as it sells to the largest number of people at the highest price the market will bear. 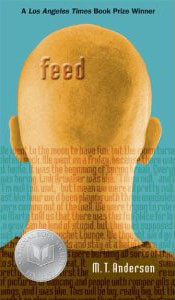 But what about the people who consider literary fiction “necessary,” who want their reading to challenge them intellectually and emotionally rather than hewing to tried-and-true formulas? Or people who seek to resist media manipulation like the doomed heroine of M.T. Anderson’s YA novel Feed?

Recent scientific research — yes, the same scientific research that media companies and advertisers use to sell their products — has found that literary fiction is essential to the development of empathy, while popular genre fiction is not. And empathy, the ability to see the world from the perspective of another person, is important for the survival of society. As summarized in the October 4, 2013 issue of Scientific American:

The results are consistent with what literary criticism has to say about the two genres—and indeed, this may be the first empirical evidence linking literary and psychological theories of fiction. Popular fiction tends to portray situations that are otherworldly and follow a formula to take readers on a roller-coaster ride of emotions and exciting experiences. Although the settings and situations are grand, the characters are internally consistent and predictable, which tends to affirm the reader’s expectations of others. It stands to reason that popular fiction does not expand the capacity to empathize.

Literary fiction, by contrast, focuses more on the psychology of characters and their relationships. “Often those characters’ minds are depicted vaguely, without many details, and we’re forced to fill in the gaps to understand their intentions and motivations,” Kidd says. This genre prompts the reader to imagine the characters’ introspective dialogues. This psychological awareness carries over into the real world, which is full of complicated individuals whose inner lives are usually difficult to fathom. Although literary fiction tends to be more realistic than popular fiction, the characters disrupt reader expectations, undermining prejudices and stereotypes. They support and teach us values about social behavior, such as the importance of understanding those who are different from ourselves.

Prejudices and stereotypes are the stock in trade of popular media. I would consider a novel “necessary” if it gets people to think, if it challenges stereotypes and facile solutions to complex questions, if it casts light on what makes us human.

This make me, and people like me, outliers in a media environment that privileges profit over people. According to them, we are not “necessary.” Capitalism has no place for empathy. But without the check of empathy, the science of manipulation for profit can easily slide into demagoguery and violence. As my friend Jessica Powers has pointed out in multiple panels on the literature of children in war, stories do not guarantee a respect for human life and dignity. Stories have also been used for propaganda, to fan prejudice and hatred, to ready listeners and readers to march off to war against the villains of the tales. And the sooner we turn the creation of those tales over to a small group of opinion makers working on behalf of giant media cartels, the more vulnerable we leave ourselves to manipulation by those cartels — and the less we understand and care about each other.