Posted on May 26, 2016 in Blog, International, Languages, Portugal

After a busy first week in Lisbon, the virus I picked up from a horribly ill teenage girl sitting next to me on the airplane caught up to me last weekend, and I’ve been dragging ever since. (And if anyone has suggestions on how to avoid this kind of misery on a jam-packed eight-hour flight on a filthy plane, please let me know in the comments.) I had to beg off a fishing trip with our friend Luis Capucha on Sunday and have spent most of yesterday and today inside but working at what feels like half-speed. 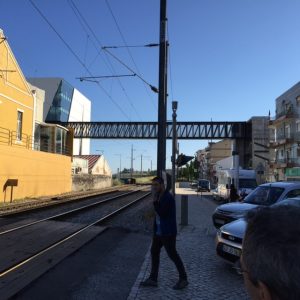 A bridge over railroad tracks connects the library, on the riverbank, to the rest of the town.

On Saturday, before succumbing to this combination of bad luck and overexertion, I traveled to Luis’s town of Vila Franca de Xira for a special event at the library, the opening of an exhibit of children’s books illustrated by Yara Kono. Vila Franca de Xira has one of the most beautiful public library buildings inside and out I’ve seen anywhere, a metal, concrete, and glass structure located on the riverbank; called Fábrica das Palavras (Factory of Words), the library features multiple exhibition spaces as well as books, computers, meeting rooms, and a cafeteria. It is a true center of the community. 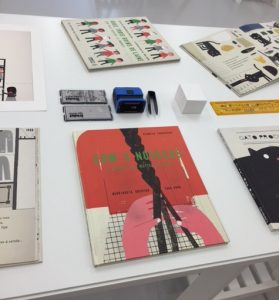 Covers of the Portuguese (below) and French edition of 3 Balls of Wool. The U.S. edition will use the same cover as the French one.

Yara Kono is the illustrator of two picture books I translated for Enchanted Lion — Com 3 Novelos (o mundo dá muitas voltas), to be published as 3 Balls of Wool, and Uma Onda Pequenina, to be published as Little Wave — so I was thrilled to have this opportunity to see all of her illustrated books together and to meet her in person. Born in São Paulo, Brazil, in 1972 to parents of Japanese heritage, she studied design and illustration in Lisbon and joined the Planeta Tangerina team in 2004. Her picture book illustrations, more than a dozen books in all, have received the National Prize for Illustration in Portugal and recognition at the Bologna Children’s Book Fair. Many of them have been translated into multiple languages. I saw the French edition of Com 3 Novelos and the Japanese edition of Uma Onda Pequenina, and editions of her other books in other languages, but at least for now none of her books had English-language editions on display. I’m looking forward to helping her to correct this situation for future exhibits. 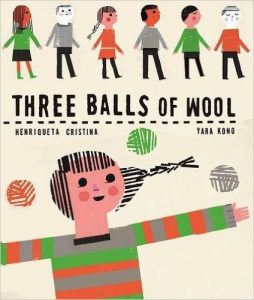 As is the case with most art openings, the attendees consisted mainly of family and friends as well as town officials and library staff. Among them, however, were the two other illustrators who are part of the Planeta Tangerina “family” — Bernardo Carvalho and Madalena Matoso. And it turns out I’ve translated books they’ve illustrated as well! Carvalho is the highly acclaimed illustrator of The World in a Second (O Mundo Num Segundo, written by Isabel Minhós Martins), which came out a year ago from Enchanted Lion and was selected for the best children’s books lists of 2015 by Kirkus, the Boston Globe, and the Cooperative Children’s Book Center of the University of Wisconsin (the prestigious CCBC Choices). Madalena Matoso’s book, O Menino Que Aprendeu a Ver, written by Brazilian author Ruth Rocha, is the next one of my translations to be published by Enchanted Lion; it’s coming out this fall under the title Lines, Squiggles, Letters, Words. 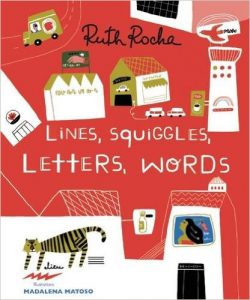 Unfortunately, I was so surprised to see the three illustrators all together that I forgot to take their pictures! I may have another chance to do so, as there’s a book fair in Lisbon starting tomorrow and running through the middle of June. But since they’re illustrators and not reality show contestants, the most important thing to show is their work. Portugal has become a center for visual arts and illustration, and Planeta Tangerina publishes a veritable showcase of this whimsical and innovative style that has taken Europe and the rest of the world by storm — including, slowly but surely, a U.S. children’s book world that has heretofore seemed stubbornly resistant to all that is “foreign.” 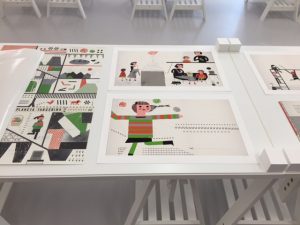 Interior pages of 3 Balls of Wool. 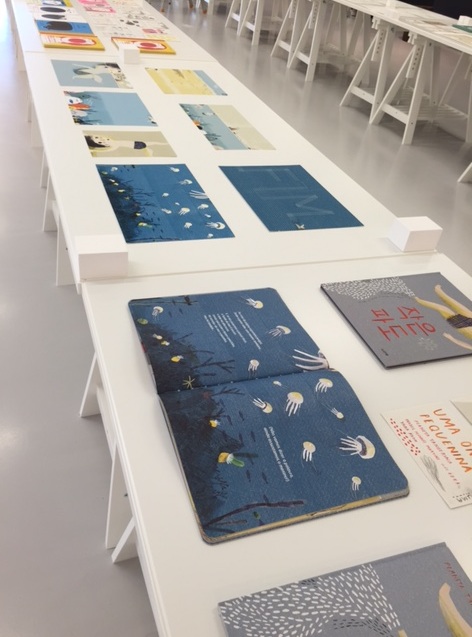