Last month Edi Campbell of Crazy Quilts invited me to contribute a post on holiday cookies from different cultures. While the “Pastel de Nata” is not a specifically holiday treat, it is considered the national pastry of Portugal and is very delicious. Having given Edi’s blog sufficient lead time, I’ve decided to offer the post, with photos, here: 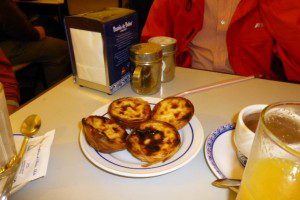 I don’t bake and for the past four months have been living in Portugal, so my contribution contains neither a recipe nor a holiday-oriented treat. However, the “Pastel de Nata” is Portugal’s national pastry and enjoyed also by those living in former colonies of Brazil, Angola, Mozambique, East Timor, Goa, and Macau and by the many Portuguese living outside their country. The first “Pastéis de Nata” were made by monks at the enormous Jerónimos Monastery in Belem, just outside Lisbon. As the story goes, the monks had a variety of uses for egg whites but were at a loss for using the yolks, so they started to make custards with the egg yolks, cream, sugar, cinnamon and other ingredients, and to bake the custards inside a flaky crust.

When the pastel de nata is ready, it has a slightly browned top. The pastries are best when eaten warm, right out of the oven, and with cinnamon sprinkled on top. 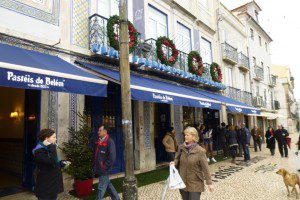 The oldest and best-known purveyor of the pastry to the general public is Pastéis de Belem, located across the street from the monastery that is now a major tourist attraction in Lisbon. Pastéis de Belem is a magnet for locals as well as tourists, and most of the time there’s a line just to get into the door. However, there were torrential rains the day my husband and I went, along with our two adult children who were visiting, and we found a seat in the café right away. 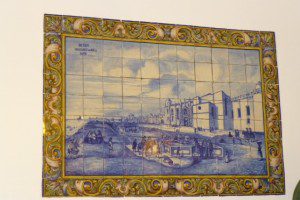 Pastéis de Belem dates from 1837 and the café’s interior features the traditional blue tiles, or “azulejos.”

We ordered four pastéis de nata, one for each of us. They featured a smooth, sweet custard inside a slightly crunchy crust.

Pastéis de Belem is not the only notable purveyor of this sweet treat. Many pastelarias boast of having the best pastéis de nata, 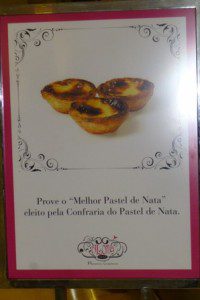 including this bakery with a stand at the Corte Inglês department store.

The pastel de nata at Corte Inglês had a denser custard and less crunchy crust but was also quite tasty. Did it deserve its accolades? Maybe, but my favorite pastel de nata comes from a place a short walk from where I live in Lisbon, on Rua Dom Pedro V. The little café is simply called Nata, and it is located at the back of a lovely clothing/furniture/book store, Babel, known for its translations of poets from around the world as well as its editions of poetry and essays by Portugal’s own Fernando Pessoa. 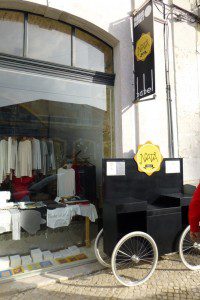 While Pastéis de Belem features a crunchy crust, Nata’s crust is light and flaky, a perfect compliment to the smoothly textured custard that is a bit less sweet and more aromatic than the others. While I appreciated the subtler flavor of the custard, it was really the crust that put Nata’s pastry over the top for me. 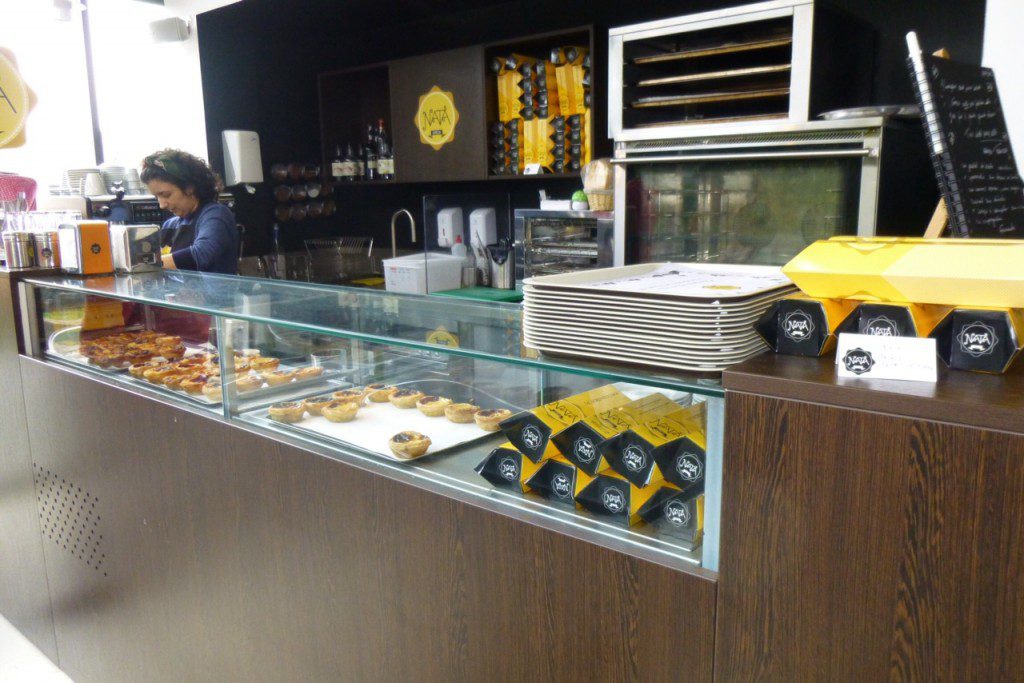