This September will mark the seventh anniversary of my blog, which began with this post, written when I first lived in Portugal and wanted to keep in touch with family and friends back home. Since then my readership has grown substantially, mostly from people seeking travel advice to Portugal or personal essays on the writing process.

I’ve never put a tip jar on my blog and accepted sponsorships only for a brief period between 2013 and 2104 before I sold Surviving Santiago to a publisher. Occasionally, a piece I’ve written turned into a paid writing gig, most notably the account of my quest for my grandmother’s Dobash cake that sparked the middle grade novel The Cooking Gene, now part of Benchmark Education’s Spot-On Series. (I also wrote another book in the series to be released this summer, featuring a 12-year-old survivor of the torpedoing of the Lusitania in 1915.) 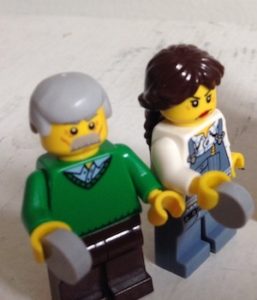 Recently, though, I joined a Facebook group of female and female-identifying writers who support each other through the inevitable rejections that we receive. Most of the Binders Full of Rejects are freelance journalists and writers of personal essays trying to place their work in newspapers, literary journals, and paid online venues. Many of them amass more than a hundred rejections a year. For a writer of book-length works, this is a near-impossible goal that may only be achieved through intensive querying of agents. For the most part, we book writers put all our writing eggs in a single basket, a strategy that doesn’t allow for much instant gratification or, conversely, the piling up of rejections.

My blog has served as a kind of instant gratification, as I see right away whether or not people read my posts, and people leave comments here or on my Facebook page that links to each new post. My co-rejectarinos, as we call ourselves, are encouraging me to submit variations of my pieces elsewhere in search of more money and an even wider audience. I’ve been reluctant to do so; as an autistic writer, I feel more comfortable going it alone on my own terms. But now I need the money, and with their encouragement, I’m stepping out with more personal essays about my experiences of living with autism – I’ve, of course, been autistic all my life but was only diagnosed officially as an adult – and what it’s like to be the autistic parent of neurotypical children. 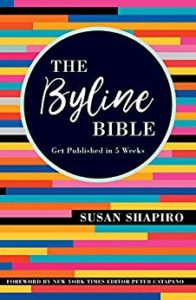 One of the events that encouraged me to step out was attending a panel at the NYU Bookstore with my friend, writing partner, and co-rejectarino Mindy Ohringer, who has published poetry, essays, and short stories and is working on a pair of novels. The panel’s organizer, author and teacher Susan Shapiro, spoke of her many students who were able to place their personal essays in The New York Times’s “Modern Love” column. In her handbook The Byline Bible: Get Published in Five Weeks, she encourages aspiring essayists to start with a 750-word “humiliation essay” about a hard experience that resulted in new insight or change. I have many of those. As I wait for my own voices YA historical novel to go out on submission with my new agent and for a decision on whether an editor is interested in the middle grade historical novel in verse, also own voices, that I started with another friend, I’m planning to write a “humiliation essay” or two. I feel confident that I’ve had enough practice writing essays of 500-900 words, as most of my 425 (so far) pieces on this blog are about that length, and most of them are in one form or another a personal essay, or ones that combine the personal with the political in addressing current events.

In the next few months, I hope to link to a paid piece or two, to step out from this albeit satisfying self-publishing venture and from the world of unpaid pieces of writing advice that I’ve been asked to contribute for “exposure.” I generally don’t believe in writing for “exposure,” in large part because I’d rather my exposure be on my own blog rather than someone else’s. (And you may say at this point, “Yup, doesn’t play well with others.”) But I’m now in a place where I need the income, and while I’ll continue to post here regularly, I’m sending things elsewhere too.