Two months ago I wrote a post titled “Translator in Trouble,” about Turkish linguist and journalist Necmiye Alpay, imprisoned for her writings and her support of a pro-Kurdish newspaper. Turkish authorities arrested and held 70-year-old Alpay along with her 49-year-old friend and colleague Asli Erdoğan, who has diabetes and suffered damage to her health as a result of the conditions in prison. In her statement to English PEN, the first of the PEN affiliates to take her case, Alpay sought to draw attention to her friend’s plight above her own, highlighting Erdoğan’s literary accomplishments and delicate health. It was a moving example of solidarity among writers, something we sorely need as all of us face threats to our livelihoods, freedom of expression, and safety in the coming months and years. 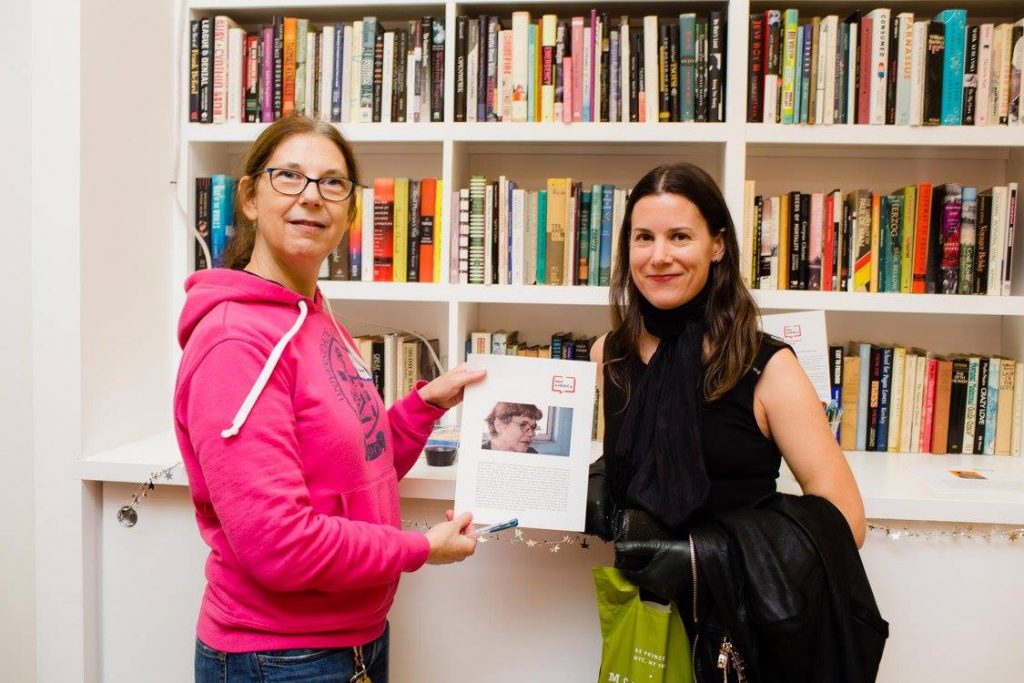 Alta Price (right) and I call attention to Necmiye Alpay’s case at the PEN holiday gathering in December 2016. Photo by Aslan Chalom.

Along with trying to spread the word about Alpay’s case as a fellow translator, I wrote letters calling for her freedom and a holiday card for her at PEN America’s December gathering. PEN America adopted both her and Erdoğan, and is pleased to report that after four months in prison, both women are home now, awaiting the results of their trial, which began on December 29.

While we welcome their release as a victory for free expression, Asli Erdoğan and Necmiye Alpay should never have spent the last four months behind bars. Their support for an embattled media outlet and the right to free expression of ideas is not a crime. Turkish authorities must drop immediately all charges against these two women and the seven others charged in the case.

As they wait for the verdict — potentially life in prison — the two women are not allowed to travel outside Turkey. They are officially on probation and must check in regularly with the police, hampering their activities and movement within the country as well.

The conditional release of Alpay and Erdoğan, though, shows that our letters do work. Alpay herself said this, writing to PEN America, “Thanks again for your friendly efforts which were, I believe, quite helpful in our case.”

Governments, even repressive ones, do pay attention to their image in the world — especially when a bad reputation may cost them business and tourism. We need to keep pressure on the Turkish government to drop the charges and to reestablish press freedom. Now more than ever, an injury to one is an injury to us all.

More information and a link to write a letter may be found here.