The news is official! Torch has received its very first review…and it’s a Kirkus star! Calling the novel “Equally terrifying and captivating,” the Kirkus reviewer writes:

Readers will be on the edges of their seats with fear as they follow the social, psychological, and physical fallout for this trio as they deal with the consequences of Pavol’s actions while fighting for their own brief moments of happiness and hope. The story presents an unflinching look at the toll of authoritarianism; it’s a tale that will inspire readers to examine modern politics and the need for people to stand up for personal rights before human torches are once again lit.

While Moonwalking received a star from Kirkus and three other major trade reviewers, the star for Torch is especially gratifying for several reasons. First, it’s a sole-authored book. With Moonwalking, I felt as if I’d lucked into being paired with the class genius, not unlike JJ when he finds himself working with Pie for the seventh grade social studies unit on leaders and leadership. Second, it’s from a smaller publisher, for which stars are often harder to come by.

In my blog post about Moonwalking‘s star, I talked about emotional connection as a key to reaching this coveted recognition, and my concern that being autistic made it harder for me to connect emotionally with readers or create characters who do so. In this novel about a real dystopia of the recent past, I worked hard to convey the atmosphere of fear and betrayal at the core of everyone’s existence. For my three teens, each of whom considered Pavol their best friend, their tentative efforts to trust one another in a climate that rewarded the violation of trust, is the kind of emotional bond that I sought to create — moments of beauty and hope for their future.

And I’m starting to think…I can do this! I can remain true to myself and my lived experiences, respect my readers, respect the actual people who sacrificed so much for their freedom during that era, and connect on multiple levels with an unforgettable story. 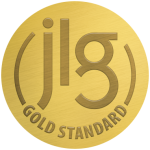 There’s more good news too! Did I mention that Torch is a Junior Library Guild Gold Standard Selection? Yes, I did, with the cover reveal. But I found out more recently that there will be an audiobook edition! Tantor Media — an acclaimed producer of audio versions of literary fiction — has acquired the rights, and the announcement appeared recently in Publishers Marketplace. I appreciate my audiobooks of She Persisted: Temple Grandin and Moonwalking, and it was fun to hear the auditions of potential readers. I wonder who they’re going to use, and whether they’ll have different voices for the four point of view characters.

I would like to thank my agent, Jacqui Lipton, and my editor at Carolrhoda Lab, Amy Fitzgerald, for helping me make this story shine, Vicki Selvaggio who worked with Jacqui to find the perfect home, and the production, marketing, and subsidiary rights teams at Lerner for giving it the best chance possible to find its audience.

All this encourages me — and I must admit, kind of intimidates me — as I work on my next projects. The words of this Kirkus review are especially heartening today — the day after a historic and unexpected vote in deeply conservative Kansas to reject an amendment to the state constitution outlawing abortion. The anti-abortion amendment failed by about 20 points in an election with record-high turnout, taking place in the middle of a hot summer during a normally-slow primary election. In other words, people stood up in huge numbers to defend those personal rights that the Supreme Court took away in the Dobbs decision.

In Torch, Štěpán, Tomáš, and Lída reject Pavol’s choice as they search for sources of hope for their futures. They don’t have a vote, and those of us who do should never take it for granted because elections have consequences and sometimes the consequences are no more elections, or no more free and fair elections. In fact, the Communist regime in Czechoslovakia came to power in 1948 after manipulating a series of elections and then there were no more elections until the 1989 Velvet Revolution.

But in the end there were, because people stood up for their rights and made the sacrifices, large and small. I hope that readers of Torch will find common ground with Štěpán, Tomáš, and Lída and be inspired to do the same.