My post “Have I Met My Match” attracted the attention of many readers for whom English is not a first language, because it explained the meaning of a popular idiom in English with specific examples. The recent events involving New Jersey governor Chris Christie have motivated me to explore additional idioms, beginning with the expression “to throw someone under the bus.”

Look what Governor Christie did to his old friend David Wildstein!

According to The Urban Dictionary, to throw someone under the bus is “to sacrifice some other person, usually one who is undeserving or at least vulnerable, to make personal gain.” In this case, the person under the bus is Port Authority administrator David Wildstein, who attended high school with Governor Christie, became a loyal supporter of Christie within the New Jersey Republican Party, and in the patronage position with the Port Authority carried out the lane closings that tied up traffic in Fort Lee for four days. (See my LEGO-related account of this and other Christie-related scandals here.)

Among other things, the two were on the same baseball team, a fact confirmed by the team’s coach according to Talking Points Memo. Since the scandal broke, costing Wildstein his job and embroiling him in a criminal investigation for which he will have to pay all his legal bills without help from the state, the loyal party operative’s character has been impugned in multiple memos from the governor’s office. Some accusations date back to high school, as the governor has stooped to the level of quoting a social studies teacher who accused the teenage Wildstein of “deceptive behavior.”

Clearly, Wildstein, the baseball team’s statistician, lacked the athletic ability or popularity of the future governor. And unfortunately those of us who lack social and other skills valued in our culture (such as physical beauty and dexterity) are the ones most vulnerable to being thrown under the bus. While Wildstein is not “undeserving” — emails reveal him and another Port Authority official, Bridget Kelly, rejoicing in the pain of Fort Lee Democrats stuck in traffic — he is the less powerful partner in this relationship. Governor Christie’s revision of their longtime relationship adds insult to the injury of the criminal investigation and the state’s refusal to cover the now-unemployed Wildstein’s bills. 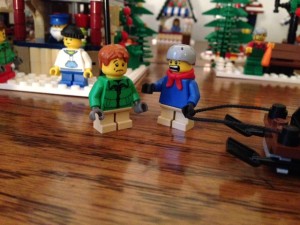 Throwing a weaker associate, one who is all-too-eager to please, under the bus is a form of bullying, and the hurt is difficult to forget. As someone who has experienced being thrown under the bus, I can testify to the hurt. As difficult as it is to get past the fact that you have been betrayed by someone you trusted, supported, and/or worked with to carry out a project, the worst part is the revision of your personal history by someone who has the power to get people to believe his or her version and not yours. Even if yours is the truth.