I’m in the middle of a two-week residency at Vermont College of Fine Arts, where I received my MFA in Writing for Children and Young Adults in summer 2012 and where I’ve been taken on as a graduate assistant this summer. In this low-residency program, the graduate assistants help introduce the new students, support the graduating students with the technology for their lectures (my principal assignment), and take care of any other duties needed by the program staff. We don’t attend the two-and-a-half-hour workshops, so the six workshop periods are our “free time” and my opportunity to update the blog. 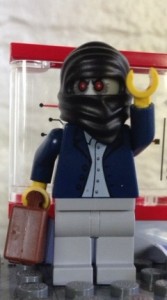 After being sent home from the World Cup, Lego Luis Suárex found a solution for his biting problem.

In my review of the film 3 Million, I promised a general introduction to one of the world’s smallest countries, Uruguay. My family traveled to Uruguay in December 2011, turning my son’s business trip to nearby Buenos Aires, Argentina into a family vacation. Uruguay has been in the news in recent weeks because of the World Cup matches in neighboring Brazil and the biting incident involving the Uruguayan star Luis Suárez.

I read a lot of articles about Suárez because the repeat biting incidents, and the contexts in which they occur — not clearly to avenge or to gain an advantage in a fight as with boxer Mike Tyson’s biting of Evander Holyfield — point to a deeper neurological issue (more on that later). Most of the online articles allowed comments. Many of the comments were quite amusing in the questions they asked about Uruguay, so in the interests of spreading the word about this little-known land, I’ve decided to answer some that came up repeatedly.

Where is Uruguay, and why can’t I find it on a map?

Uruguay is a small country on the Atlantic coast of South America, wedged between Brazil and Argentina. Three million people live in a land mass roughly the size of Wisconsin. It was originally considered a buffer zone between Portuguese and Spanish colonies. The best way to find it on a map is to pull up Google maps and type Uruguay. Be sure to zoom out so you can see its location within the South American continent. Now that I’ve revealed this secret, I won’t ever be able to escape a bad situation by going there.

What language do they speak? 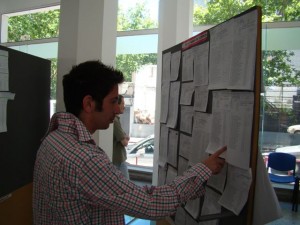 We stopped at a university in Montevideo, and Derrick pretended to check his grades. They do not believe in grade inflation.

Spanish is the official language, although the Portuguese influence is evident in the pronunciation, particularly of the letters “j”, “ll”, “y”, and soft “g”, which all have the “jh” sound characteristic of the “j” and soft “g” in Portuguese. (The “y” doesn’t exist in standard Portuguese, and the “ll” does not have the “y” sound that it does in Spanish.)

Besides Luis Suárez, and soccer in general, what is Uruguay known for?

Historically, Uruguay has been known for agriculture and ranching. Some say the sheep outnumber the people. It also has lovely beaches that are favored by tourists from Argentina and Europe, most notably Punta del Este. (We went to Colonia instead because our friends from Argentina said, correctly, that it was much less crowded and still easy to get to.)

Uruguay has one of the strongest economies of South America and information technology is a solid and growing sector. In comparison to its neighbors, the country has a liberal immigration policy and few barriers to starting new businesses. It’s also a relatively cheap place to live, compared with the large cities of other South American economic powerhouses like Brazil and Chile. 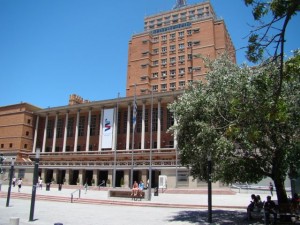 The Intendencia (City Hall) of Montevideo was built in the 1940s and reflects the modernist architecture of the mid-20th century.

Isn’t Uruguay known for another type of liberal policy?

Yes. In 2013, the country legalized marijuana, following the legalization in 2012 of abortion and also in 2013 of same-sex marriage. In terms of social issues, the country is the closest one in South America to Western Europe, and the change in this once Catholic-dominated country has been quite rapid. As in Spain and Portugal — both once very conservative but now among the most liberal — the Catholic church lost most of its legitimacy because of its support of repressive dictatorships. Uruguay was ruled by a military junta from 1973 to 1985, and the country’s current president, José Mujica, was tortured and imprisoned for more than a decade during the dictatorship.

Although marijuana has been legalized, there are limits on how much one can possess at a given time, as most Uruguayans don’t want the country to become the kind of drug tourism magnet that the Netherlands has become (and against which the Dutch are now taking measures). I think they’re hoping that most stoners won’t be able to find Uruguay on a map.

Or maybe people will worry that they’ll get bitten. Do people bite each other there? 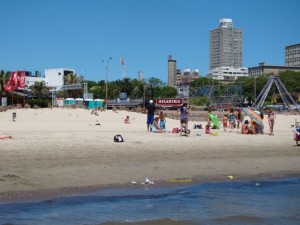 Montevideo is built on the northern bank of the Río de la Plata, and the city features many beaches as well as parks.

No. In contrast to their Brazilian and Argentine neighbors, Uruguayans tend to be pretty quiet and conservative in their personal lives. People hang out in restaurants and bars and enjoy live music, including a combination of music and theater known as murga. Montevideo has many nice bookstores as well. The booming IT industry has given the city a nerdy vibe that’s cool in its own way. Montevideo has lots of classic nineteenth century architecture in the Old Town and elsewhere as well as parks and beaches.

There’s way too much fresh seafood and tasty meat sandwiches (the chivito, made of thin-sliced beef, mozzarella cheese, tomatoes, olives, and mayonnaise on a bun or roll, is the national specialty) for people to be of interest to diners. 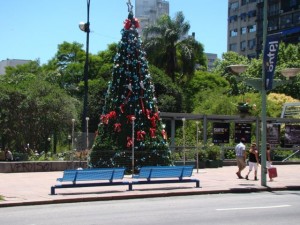 Ever seen a Christmas tree in the middle of summer? Yes, the end of December is summer in most of South America.

Stray dogs are a problem, especially in rural areas. And these dogs do not have their rabies vaccinations, making Uruguay one of the countries on the rabies watch list. It means that if you bring your dog to Uruguay, the animal will be automatically quarantined upon reentering a country (or entering if you adopt a Uruguayan dog) that is not on the rabies watch list. And one should not approach stray dogs in Uruguay, but that generally goes for stray dogs anywhere.

Even though Uruguay is one of the most prosperous countries in the region, there are still great economic disparities, something the government is trying to address. President Mujica and his compañeros went to prison in the 1970s because they sought things like land reform, the redistribution of wealth, and education and healthcare made available to all. Luis Suárez grew up in dire poverty and was living on the streets by the age of 15. He and his family were among those the revolutionaries could have helped had they been in power and not in prison. If the athlete’s biting issues (or cursing and racist remark issues, which could very well be a sign of a neurological condition like Tourette syndrome) emerged in childhood or early adolescence, he certainly did not have the resources to get appropriate diagnosis, treatment, and accommodation.

So if Uruguayans don’t bite, why did they hail Suárez as a hero?

As a small country that started off as a buffer zone, Uruguayans are especially sensitive to getting stepped on. Soccer is their way of having a presence, and Suárez is one of the world’s best and most exciting players. And I think that for many, his struggles represent the bad old days of poverty, underdevelopment, and dictatorship; the guilt at how people were treated then; and the hope that those days are forever behind them. Unlike Portugal’s Cristiano Ronaldo, who also grew up in difficult circumstances but is now posing nude for European fashion magazines, Suárez looks like someone who graduated from the School of Hard Knocks. His fellow Uruguayans are cheering for him not because they think biting is a good thing but because they want to show how much they love him anyway — maybe like parents with their own shortcomings who nonetheless refuse to turn their backs on a troubled child.