Congratulations to Maryann Cocca-Leffler and Amy Nelder, winners of the drawing for Torch! Their names were drawn from a hat by the wondertwins, Jonah and Reed last night while their dad watched the NFL playoff games. 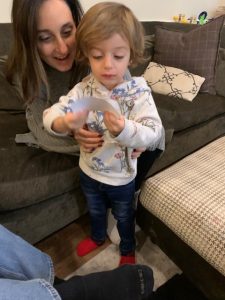 Up first, was Reed, who drew Amy’s name with his right hand. Jonah, who hadn’t quite caught on at first, figured the procedure out after watching his brother and excitedly chose Maryann’s name with his left hand.

I mention the different hands because Jonah and Reed are identical twins — or more accurately monozygotic twins because they developed from a single fertilized egg that split in half. (One of every three twin sets is monozygotic; the rest are dizygotic, also known as fraternal twins, who develop from two separate fertilized eggs.) However, we’ve discovered that Jonah is left-handed while Reed is right-handed, making them a subset of identical twins known as mirror twins. One quarter of identical twins are mirror twins. And because of it, we’ll never have trouble telling them apart. 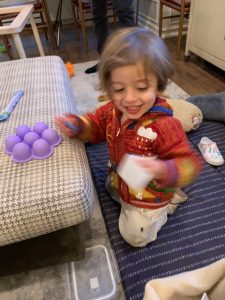 As they’ve grown, and come to look alike in most other ways, we’ve noticed Jonah and Reed’s complementary personalities. Beyond the right- and left-handedness, Jonah is outgoing, a “people person” like both his parents. Reed is more reserved and analytical, preferring to engage with objects. At the playground, Reed loves to climb up, but Jonah is better at climbing down. Their hair tends to fall in different directions — Jonah’s to the right and Reed’s straight down. Fortunately, they get along quite well. They make a great team, both at home and at their preschool. 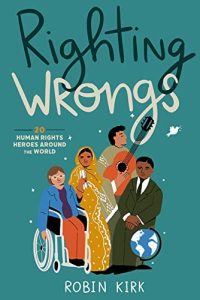 I’ve promised to add links to my various interviews for Torch, and a new one came out today. Robin Kirk, author of the YA fantasy series The Bond Trilogy and a collective biography of human rights activists titled Righting Wrongs, publishes a regular blog on human rights, “Rights in Time.” Today she interviewed me about the inspiration for Torch and its characters, depicting bravery in YA fiction, and how to respond to young people who are attracted to authoritarian ideologies and political or religious extremism.  The interview is long, but it has something for every reader, so I hope you take a look!