Working While Autistic: The Value of Volunteering

“But what about volunteer work?” a regular reader emailed me after my piece on internships went up. I have that one covered!

I’ve always considered myself a decent grant writer, and a few years ago I received a grant to explore volunteer work as a way for people on the autism spectrum to engage socially, build skills, and give back (especially if they’re receiving some form of disability assistance). I volunteered in a variety of settings, interviewed people, and conducted research to find out what works and what doesn’t in volunteer settings. 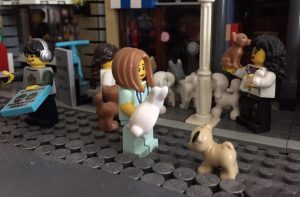 Any volunteer setting should be a good match for the interests of an autistic volunteer. This is usually easy to find out, because people on the spectrum tend to have intense special interests and will go to great lengths to develop them. One person I know volunteered at a day center for older adults and enjoyed interacting with people who could tell him stories of what it was like to live in the early twentieth century. He was a fan of railroads and antique cars as well, an added bonus. Another young man volunteered for years with an animal welfare organization and returned to school to take classes in veterinary science, eventually receiving his certificate as a veterinary technician and a paid gig. A friend has volunteered as an English-Spanish interpreter and as the host of a bilingual program of Latin American and Spanish music, poetry, and history that has aired on WRPI since 1985. I joined him in 2007 because I share the same interest in roots and protest music from around the world. After a few years, I started translating some of the songs and essays, an experience that contributed to my becoming a professional translator.

One thing about these volunteer gigs I’ve noticed, however, is burnout. After a while — sometimes months, sometimes years — the value declines. From what I’ve observed, the value declines more quickly when the volunteer works alongside paid staff than when it’s an all-volunteer operation like the college radio station. Whether paid staff members convey the message, or the volunteer detects or interprets it as such, there’s the danger of the autistic volunteer coming to feel “less than.” This can hurt a volunteer’s self-esteem and reinforce the feelings of inferiority and incapability that the volunteer position was designed to counteract. I once spoke out against such an arrangement, when I was asked to volunteer to keynote and lead a workshop at an event, the same as people who were being paid rather handsomely — and I was asked to attend a dinner (at least with a complimentary ticket) to raise money for my fellow presenters. Due to my social anxiety and food restrictions, I considered the free dinner a burden rather than a perk. In the end, I told the organizer, “By paying them and not paying me for the same amount of work, you’re implying that my work will add no value to the event. If that’s the way you feel, why would you have me in the first place?” Like many autistic people, I feel strongly about fairness, and that means I’m more likely to speak out when I see an injustice to myself and others, even if it means alienating people. And that can be a problem if a volunteer does the same work as a paid staffer.

On the other hand, people have told me that volunteers have more flexibility than paid staffers and their work, while important, is not as “mission critical.” That is true, and like internships, those kind of volunteer arrangements can benefit autistic volunteers. But to avoid burnout or failure, two things are key. One is that “flexibility” doesn’t mean “lack of structure.” No structure and no expectations will likely result in the volunteer not returning. After all, we’re not really expected to be there, especially if there’s nothing to do when we arrive. The other is that make-work activities that don’t challenge or build skills are fine for social interaction — assuming there is positive social interaction — but ultimately will be perceived as boring and dead-end. The goal should be a pathway to increasing interest, challenge, and responsibility — and for the volunteer seeking it, to paid work.

As with internships, colleagues — either paid staffers, or supervisors and other volunteers in all-volunteer organizations — should be educated on autism and how to work with autistic volunteers. The same care that goes into vetting an internship, described here, should go into a volunteer placement. 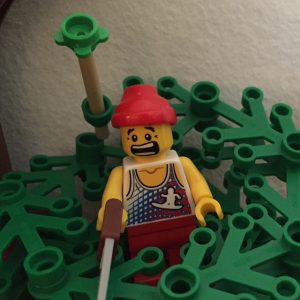 A mishap at the community garden.

Finally, a regular rotation of short-term volunteer gigs — say, a community garden for part of the year and a food bank for the rest — can offer both variety and structure, especially since the rotation is tied to the annual calendar. To help forge personal relationships over a longer term because such connections can be a challenge for the autistic person, these volunteer opportunities should come from an umbrella organization such as a faith-based or social service agency. A disabled Board member of my former Reform Jewish congregation developed this type of volunteer program for both disabled and non-disabled congregants to work together, and it was popular and successful.

Estimates of unemployment and underemployment among autistic adults range from 40% to 85%, depending on how one frames the question and defines unemployment and whether someone is actively looking for work. That means a lot of people on the spectrum are not earning money on their own and depend for support on family members or the government. Many of those people want to give back to their communities and/or want to develop the skills and connections to enter the workforce and support themselves. Volunteer work can help, but it needs to be done right!

If you have experience with volunteer work or additional suggestions, please feel free to share. The introduction to the “Working While Autistic” series is here, followed by a piece on group projects.